Last weekend, when I was listening to Normani‘s ‘Motivation’ and aggressively booty-popping down the sidewalk like I was in a music video, I accidentally yeeted my phone across the pavement. It was one of those slow-mo scenes from a film, watching my phone and earphones frisbee away from me while I helplessly smiled and waved.

My earphones subsequently left the building. It was a very upsetting time.

This then left me with a conundrum – was it time to say goodbye to earphones? Was I fighting a losing battle by staying so loyal to them? Was this a sign that I should finally upgrade to AirPods? I’d been quite stubborn up until this point, adamant that my once-trusty earphones were all that I needed, but their subsequent demise had now afforded me an unexpected opportunity to upgrade.

Either way, my eardrums were torn. To AirPod or not to AirPod? That was the question.

As I sulked on the sidewalk, I knew it was time to establish a pros and cons list.

AirPods came with obvious benefits, I thought to myself while walking home in silence, like the fact that they’re cordless, have Bluetooth and come with a nice lil’ charging case. Upgrading to AirPods would also mean that the next time I yeeted my phone, a situation like this wouldn’t arise again. These were all worthwhile points to consider.

Then there was the obvious fact that earphones were fast being outdated. Was it now… daggy to have a dangling cord? 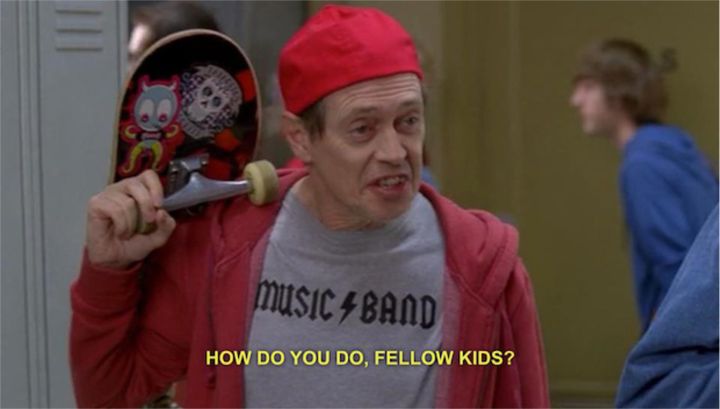 My thought process then shifted to that of functionality… and just how bad my ears were at holding earbuds in general.

I mean, my earphones literally fall out after I walk a mere 3 steps (I’ve always envied people who could run freely with earphones). That being said, whenever they fell I was comforted by the fact that they’d always be dutifully saved by the swing of the cord.

Now, imagine if they were AirPods… I’d literally lose them in 15 seconds.

This was something I seriously needed to consider – I’ve seen way too many people walking around with one AirPod in, and I always shudder because I know that would be me 2 hours after purchasing them.

I was a ball of confusion upon entering the store later that day but, to be honest, I was starting to lean slightly more towards AirPods. I’d surrendered to the fact that getting AirPods was merely a sign of the times, and fighting against them was fighting against evolution.

In fact, I was all but sold on them, even going so far as to grab a box off the shelf, until someone who worked there strolled on over and politely informed me about the pricing differences.

It’s almost as though the mention of $300 immediately smacked me out of my AirPod honeymoon and dragged me straight back to reality.

I looked down at the box of AirPods in my hand and gasped again.

“Holy shit,” I thought to myself. “They look like two big sperms.” An AirPod inside an ear looks like the successful sperm penetrating the egg. I can’t believe I was seriously considering spending upwards of $300 on dumb giant ear sperms.

Yes, they’re so bloody expensive. And yes, I’m sure they probably wouldn’t fit in my ears properly anyway. But above all else, I’ll never be able to un-see them as two giant ear sperms.

I’ll stick with the earphones for now, thanks.