Talented clothes wearer and occasional consort to roadtrippin’ Chilli Peppers, Lara Bingle, is extending her entrepreneurial projects to include swimwear designer after she announced “IT’S HAPPENING!!!!” on Instagram with the image below. Using our powers of observation thanks to hashtag-related hints visible from outer space, it looks like Lara’s swim design debut will be released in collaboration with Cotton On, a brand with whom she’s worked as an ambassador since early 2013. If the ‘inspiration’ images she has been tweeting are any indication the range isn’t going to require a heavy investment in fabric from Cotton On.

This follows on from other fashion-related projects we’ve previously discussed with Lara [watch the interview after the jump] including a capsule collection with ROC Eyewear, pipeline projects with her BFF makeup artist Max May and Love Want stylist/photographer Imogene Barron, and a rumoured underwear line.

To think, it was just six years ago an unknown Lara Bingle first cracked the spotlight for dropping a third tier swear dressed in a stripey two-piece swimsuit – and now she’s designing them for a major high street brand. Life. 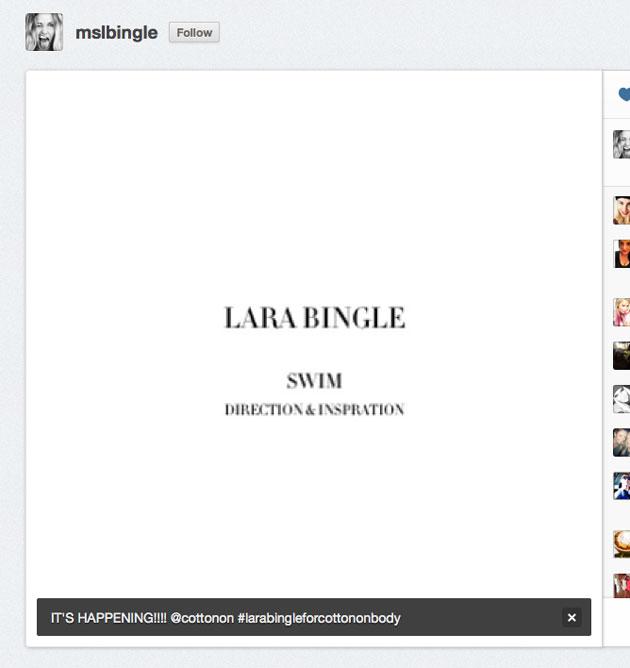 Photo by Graham Denholm via Getty