The Victoria’s Secret Fashion Show is a strange and wonderful phenomenon where the most heinous underwear imaginable and the most beautiful women on earth come together for a night of [insert word here]. The VS army of Angels descended upon the Lexington Armoury in New York, where temperatures have dropped low enough to bring on the first snow of the City’s winter. Justin Beiber, Bruno Mars and a lace and underwear-adorned Rihanna performed on stage, but the stars of the show are the models. Miranda Kerr, now one of the elder stateswomen of the Show, was joined by two other Australian girls Shanina Shaik and Jessica Hart, with other panty-clad regulars like Adriana Lima, Joan Smalls, Alessandra Ambrosio and Candice Swanepoel. Let the gawking begin.

Miranda, a vision in hideous green velvet, star-coated gauze and the kind of tiara that someone who works in a “Fairy Workshop” wears around the clock. 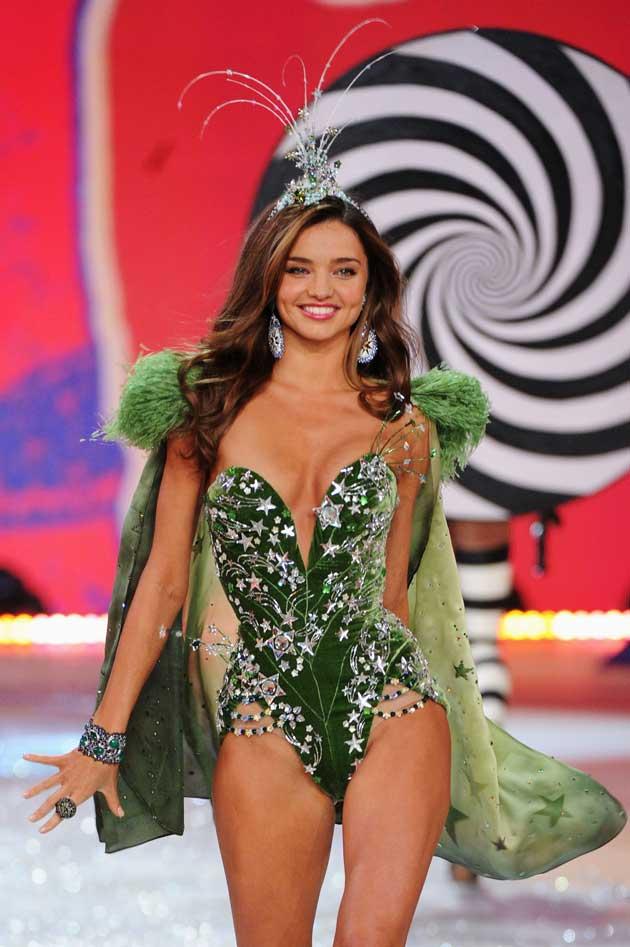 Alessandra Ambrosio has two children, one of whom was born in May 2012. Her body is a miracle that cannot be explained by science. 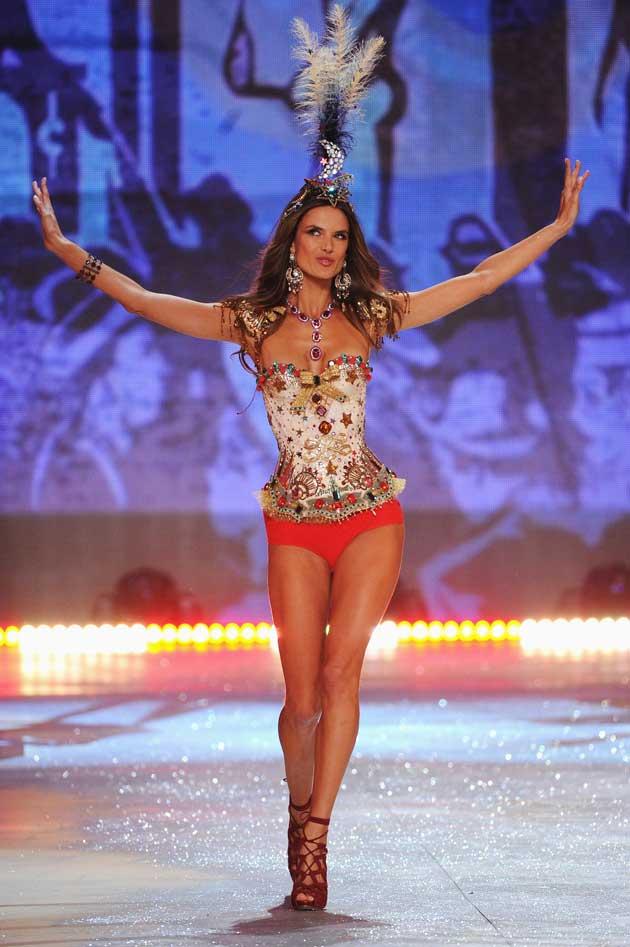 Only Karlie Kloss is adorable enough to wear a Beetlejuice-themed dartboard and look more than acceptable. 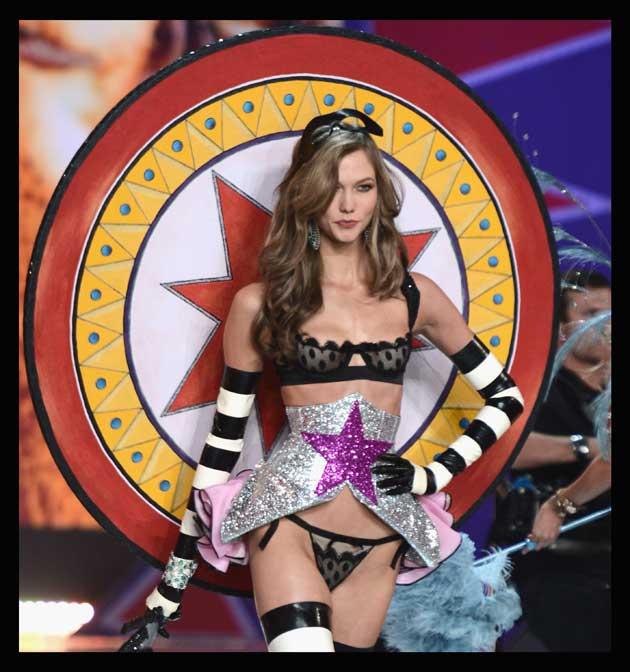 Lindsay Ellingson has a body to die for. Clearly, the giant white moth that is attacking her thinks so too. 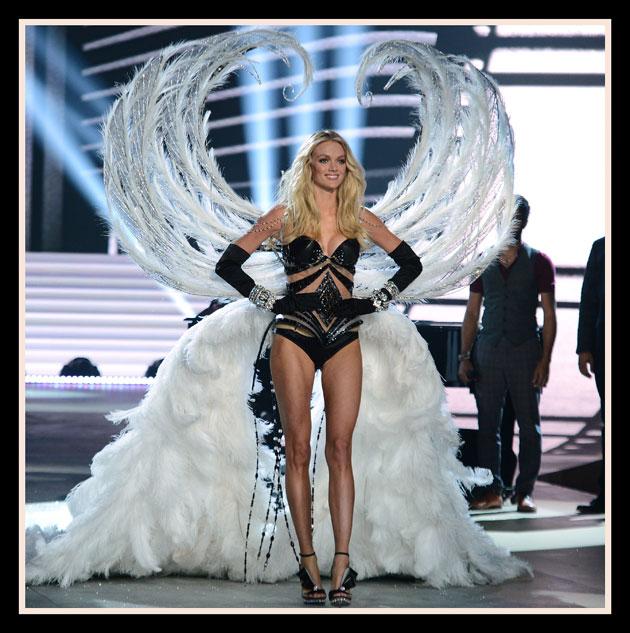 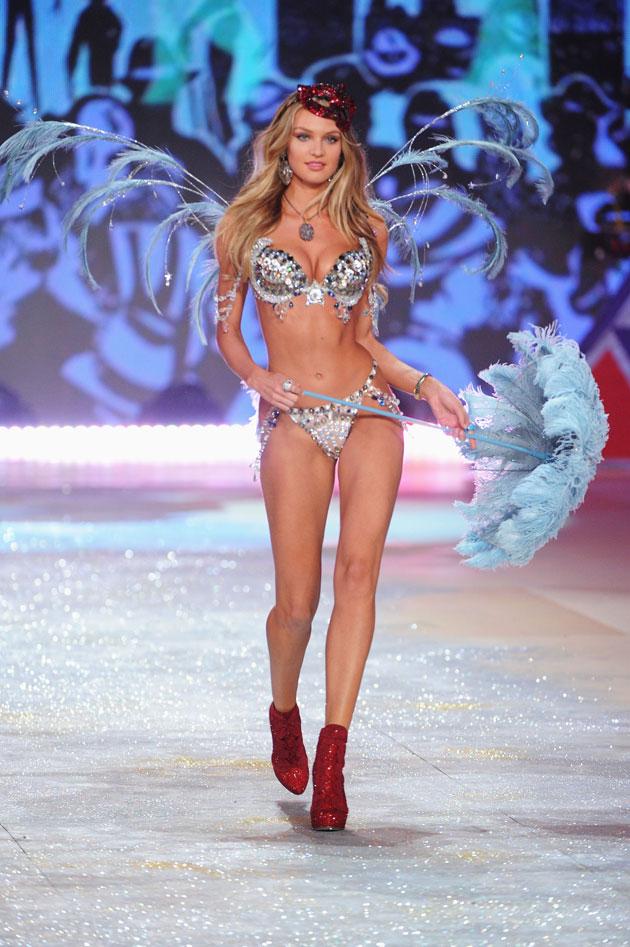 Adriana Lima gave birth to a human girl in SEPTEMBER. You’re argument is invalid. (So is the fugly trainwreck she’s wearing). 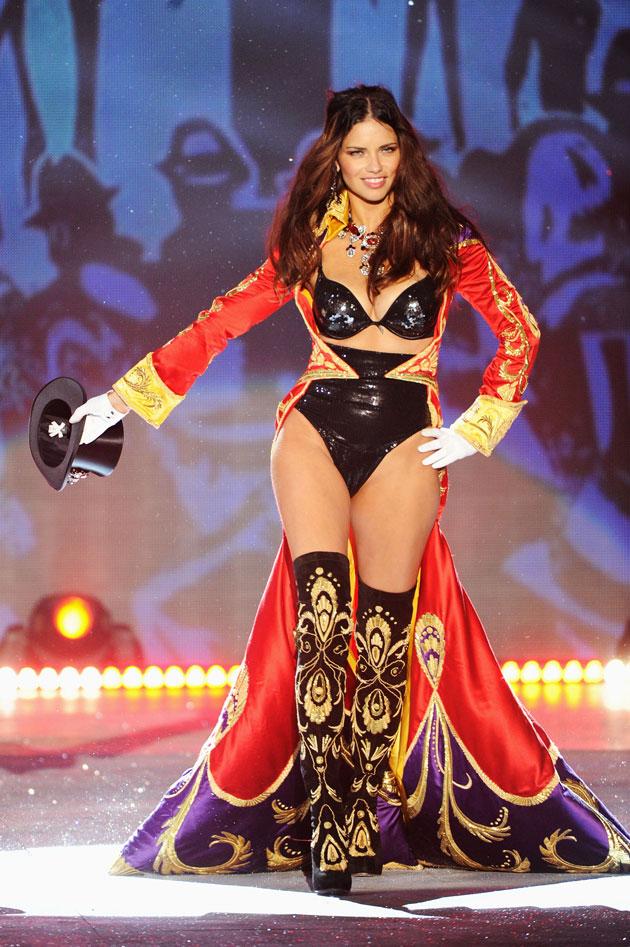 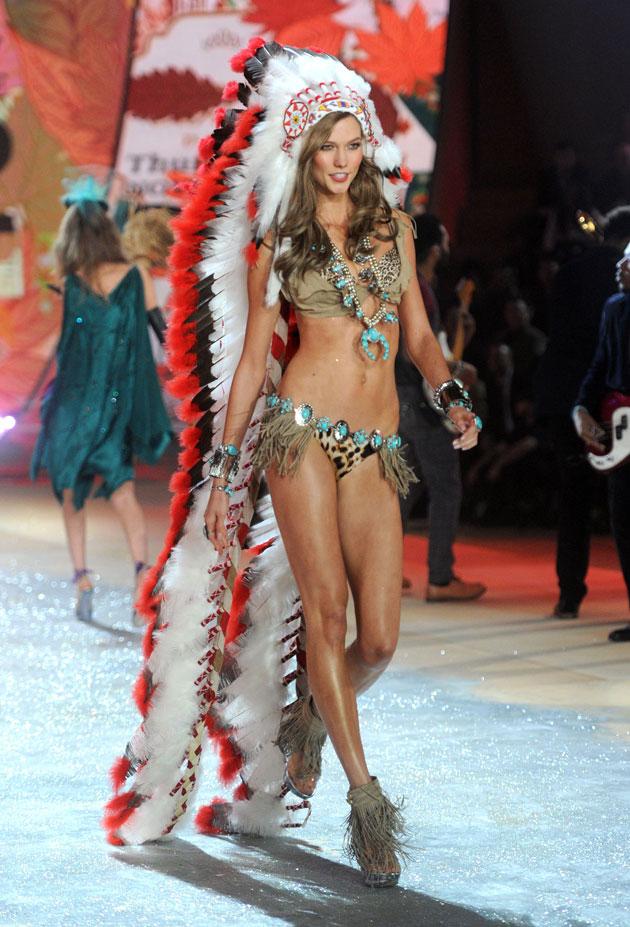 She is new this year. 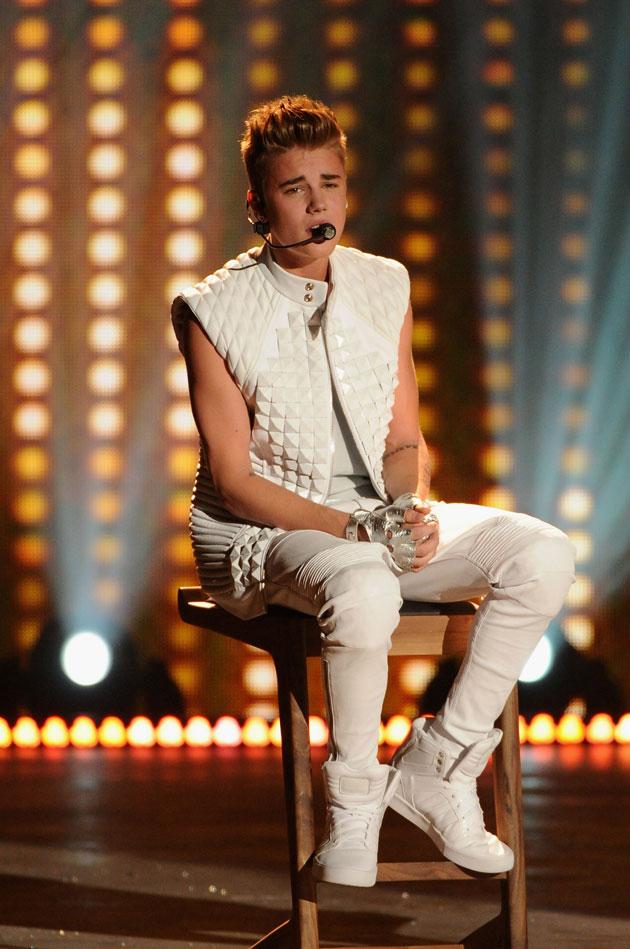 Rihanna could probably quit her day job and be a Victoria’s Secret model full time, if you know what I mean. Hint: BOOBS. 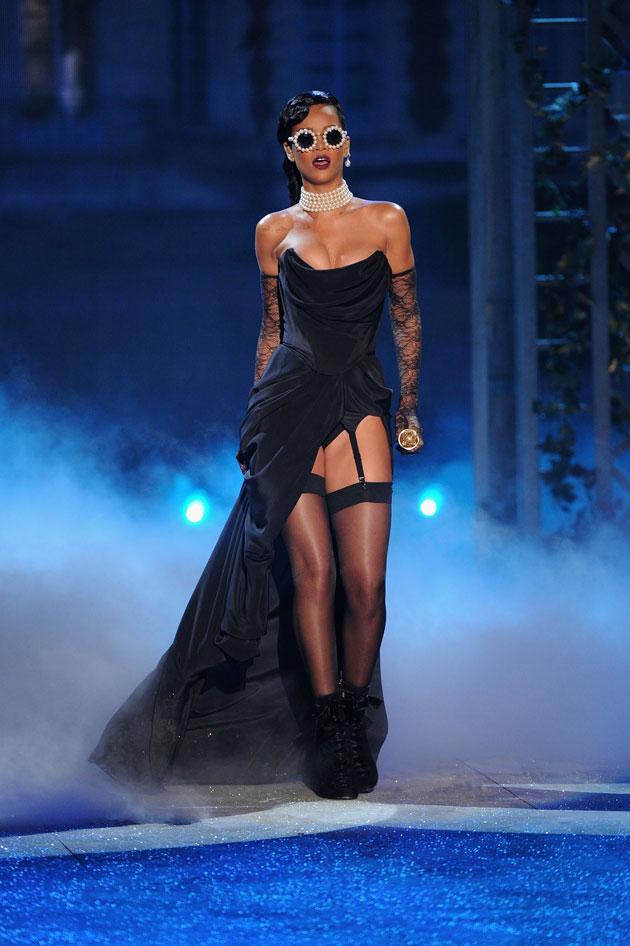 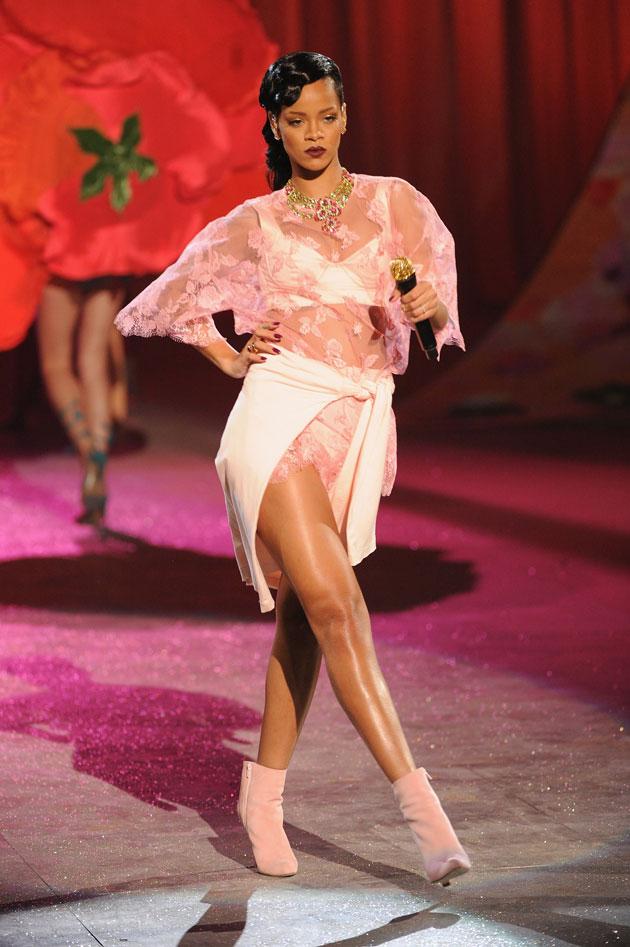 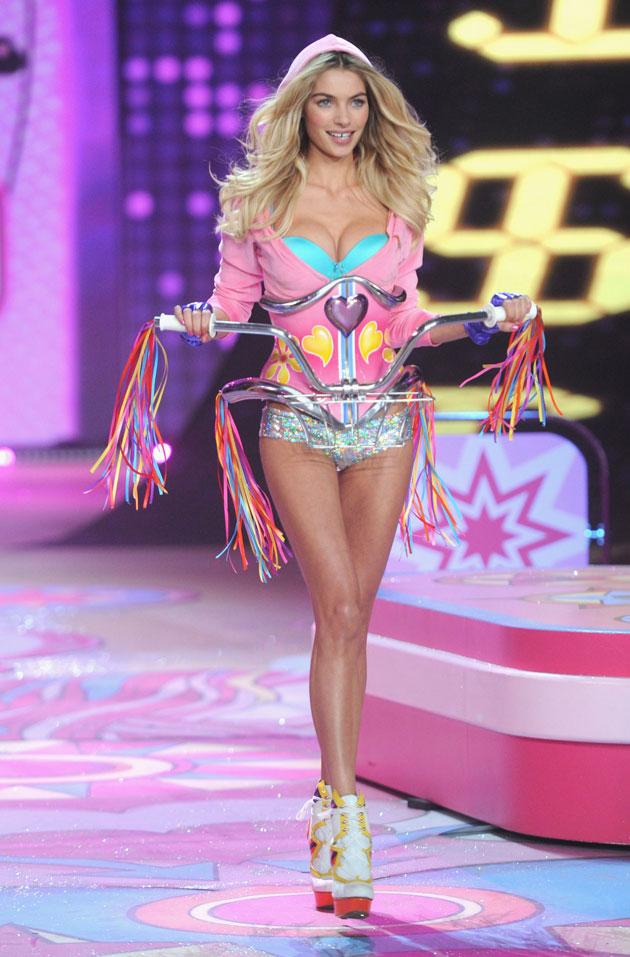 Liu Wen is so perfectly transfixing I can’t find a single problem with the Ed Hardy smear she is wearing. 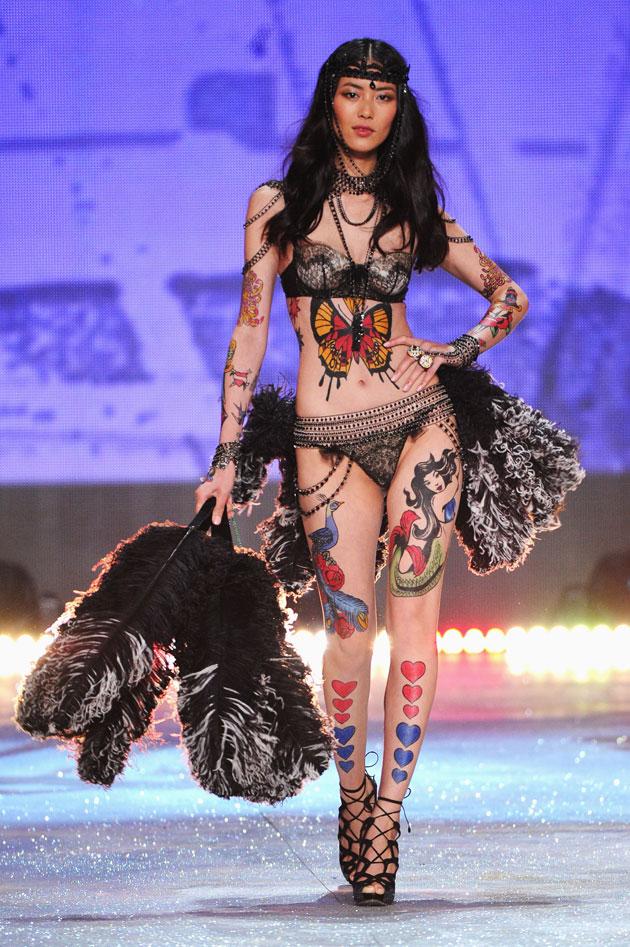 Top of the morning to Hilary Rhoda who drew the short straw of the grotesque cultural stereotype outfits. 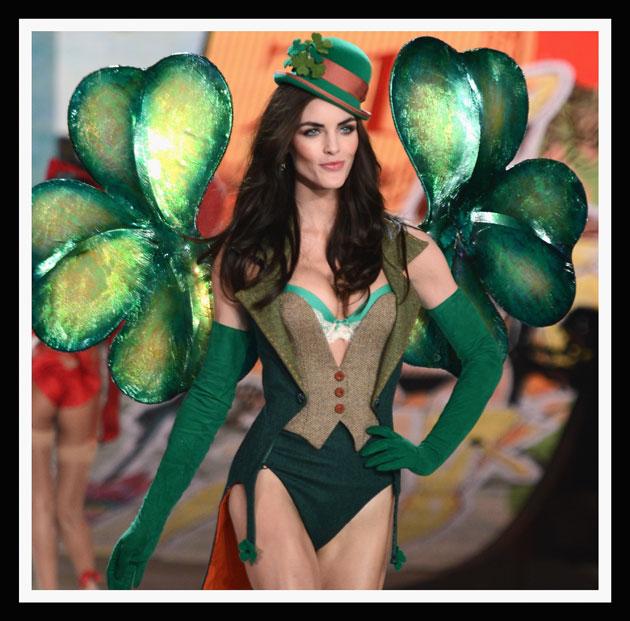 Behati Prinsloo is dressed as a witch with stripper heels. Is that a broom? What kind of anti-feminist statement are they trying to make here?!?! Kidding. This is the fucking VICTORIA’S SECRET FASHION SHOW. 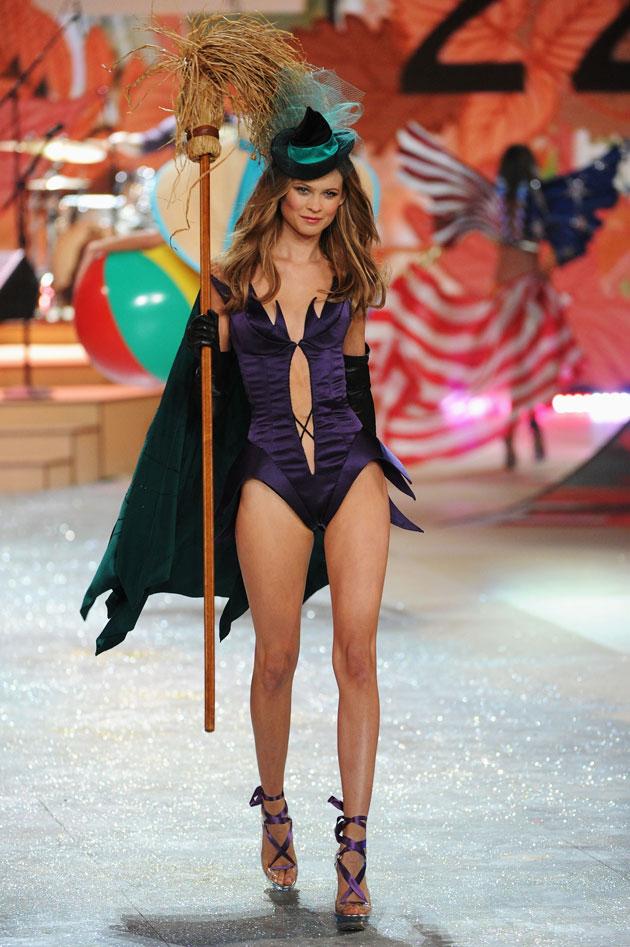 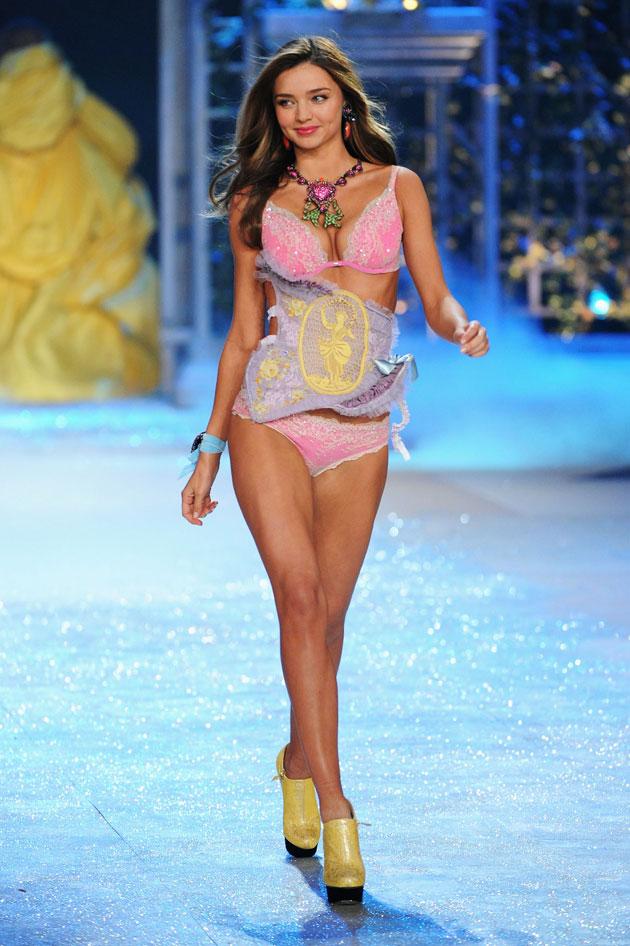 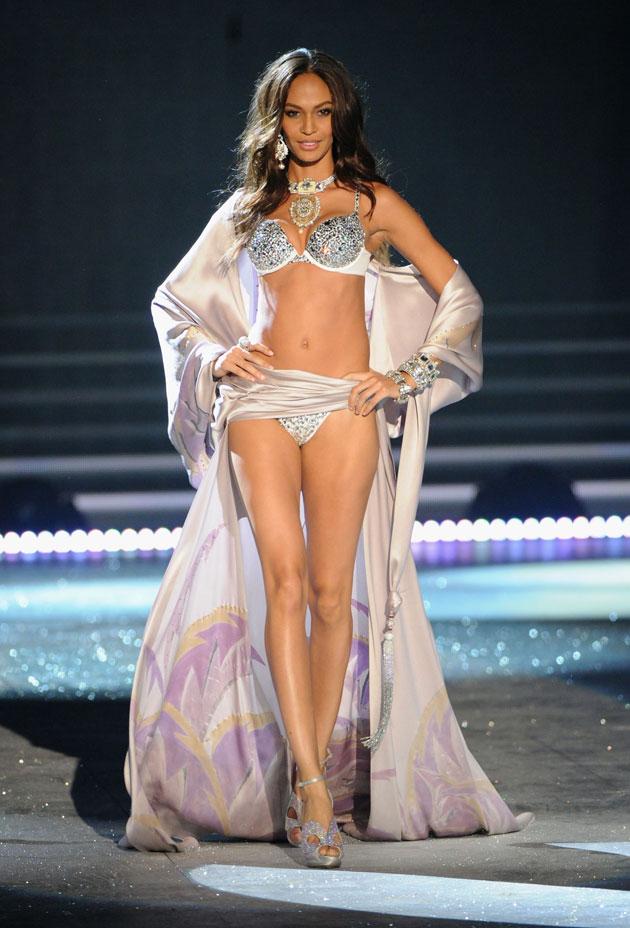 Jourdan Dunn wears the smug face of someone who has magnificent breasts and looks great in pleather. 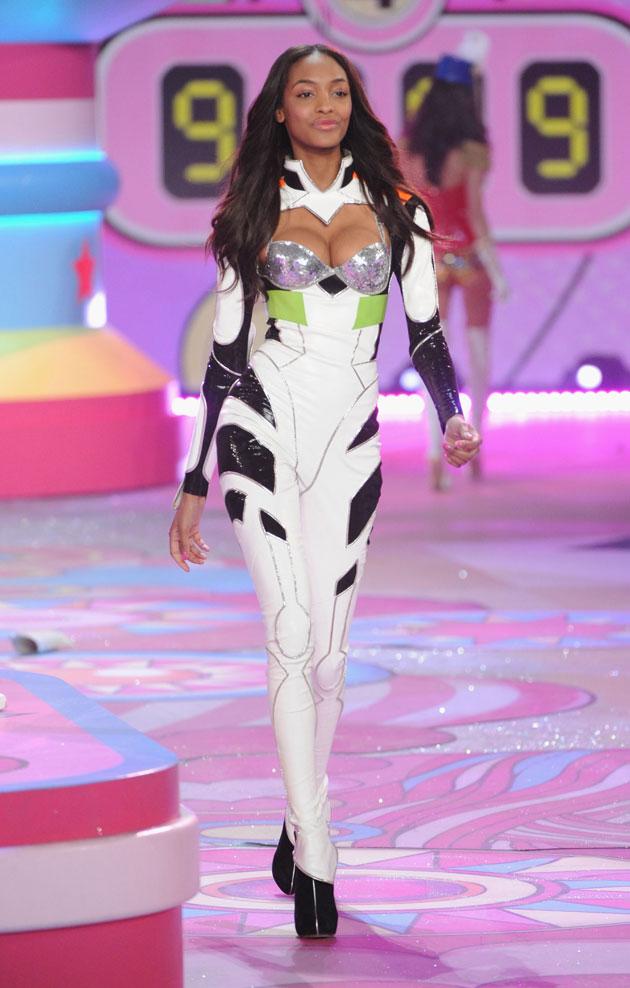