One of the most iconic style moments of the late 00s was the global craze over the Sass & Bide Rats leggings.

If you didn’t own them, you wanted them. If you owned them, you wore them daily. I’d argue the Sass & Bide Rats started the trend of wearing leggings as pants, tbh. Absolutely brilliant design work from Heidi Middleton and Sarah-Jane Clarke, IMO.

Let’s take a trip down memory lane – for the forgetful, Rats looked like this: 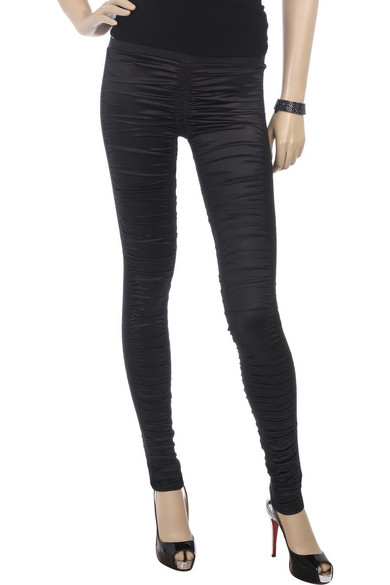 Ruched black semi-shiny leggings with a low hip-height waist and long length. Most people wore them with a long-line tank or loose tee over the top. They hit stores around 2008, and quickly became a fave of the fashion set overseas.

As you can see, the style quickly spawned more variations – the PVC version Nicky’s wearing was a hugely popular one, but there were also gold/bronze Rats that teen-me coveted like hell. 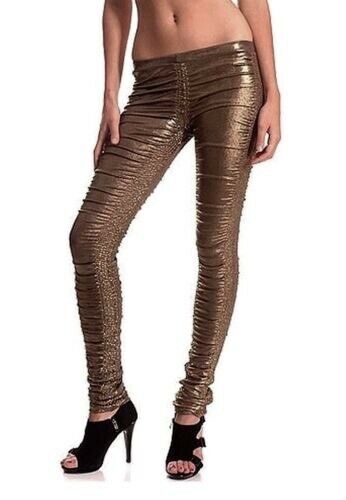 Given the craze for skinny leg dudes jeans in the late 00s, it’s no surprise that guys got in on the Sass & Bide Rats trend, too. Like Russell Brand – he really loved his Rats.

Eventually, the style trickled down into the mass market, with plenty of fakes being spawned and flooding the stores with Rat-esque leggings. This is likely when you bought a pair – although if you were lucky enough to cop the OGs, you were the TALK of the school quad.

Finally it burned out, but the memory of the most perfect pant-leggings lives on in our minds. Surely the style would go well now we’re having an 00s revival? C’mon, Sass & Bide – re-release these babies (but maybe with a high waist and a little more butt support for yours truly).