Pokémon Go Is Over, ‘Cause ‘Satan’ Has Conquered Westboro Baptist Church

Getting jiggly with all the #PokemonGO players that keep showing up to the church! https://t.co/oxGGtRrAhP

Welp, a few days after that particularly confusing episode, the WBC may have been relieved to discover that lustful sinner had finally been replaced. 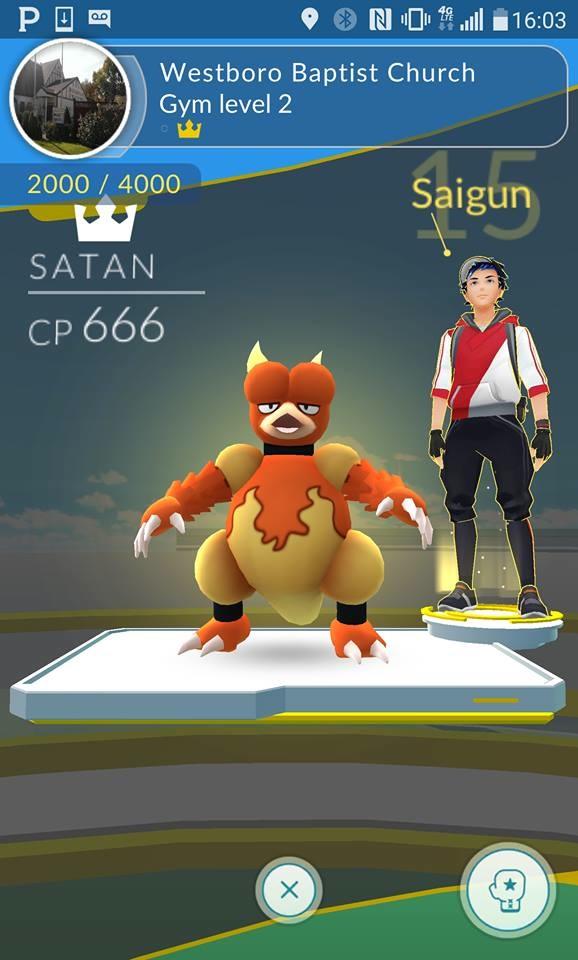 In a post by Redditor /u/rbasov, it’s claimed the Prince of Hell was installed there by one of their mates. Others commented, lamenting the fact that the user-set nicknames are only visible to each Pokémon’s trainer, but still: that blatantly obvious 666 still gets the point across pretty clearly, no?

We highly doubt this is the last time religious divisions will be prodded via augmented reality monsters, but it bloody well should be. Unless, as some smuttily-minded users pointed out, the gym becomes overcome with throbbing Digletts.