Flume has teamed up with Sydney-based vibe merchants Double Rainbouu to drop a party shirt and bucket hat that will instantly put you in a summer mood.

Double Rainbouu – who are of course known for their modern take on Hawaiian shirts, but this season have dropped an entire unisex Western collection that I need immediately – announced the Flume collab this morning.

“It’s great to work with homegrown talent and we have always been big fans of his music and of the complete artist that he is,” the brand said.

The capsule collection features a shirt, bucket hat and tote bag in sunset tones of pink and purple, inspired by a couple key Flume collaborators. 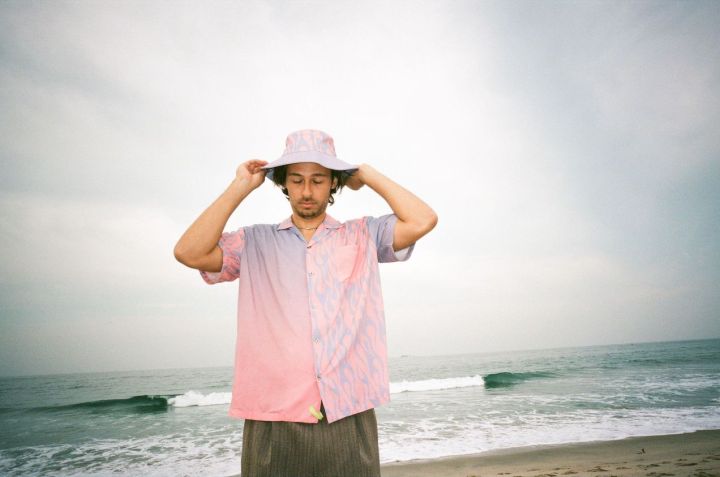 “We’re also fans of Jonathan Zawada who has brought such a strong visual language to FLUME’s work,” Double Rainbouu said.

“For the capsule we were inspired by the car painted by Benjamin Barretto that featured in HI THIS IS FUME (MIXTAPE), 2019, taking the flame motif from one of the panels of the the car as the basis for the print we developed.

“In a year that’s been like no other this collab has us dance floor dreaming of a moment in the future when all this is behind us!” 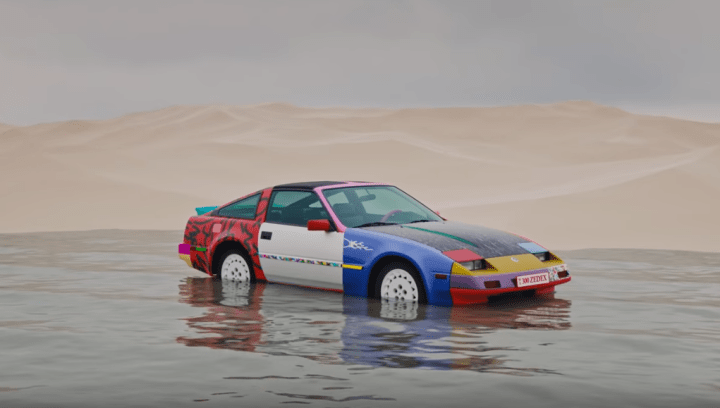 The collab was originally designed with Flume’s 2020 Coachella set in mind, but uh…. that didn’t end up happening. Along with everything else. 2020 has been a bleak year.

If you’re looking to boogie to Flume sometime in the future (whenever that future happens to be), then he and Double Rainbouu are also offering you a free double pass to any Flume show in the entire world. Picture this: it’s 2023. You feel the rush of a coronavirus vaccine in your bloodstream. You’re in Florida – no, Croatia. It’s the first time you’ve been overseas in four years. And you have free tickets to Flume tonight.

A girl can dream, no?

In addition to all that, Double Rainbouu is also giving away a cheeky $2000 wardrobe for you and the friend you’re taking to the Flume gig. (If you’re feeling generous, that is…. or if you’re feeling selfish, then that’s your entire Summer 20/21 wardrobe sorted.)

For all the details on how to enter, head right over here.