With the dust now settling on L’Oreal Melbourne Fashion Festival (LMFF) 2013, it’s time to reflect on another year of our favourite consumer fashion week and what it has taught us.

Ah, the art of “peacocking”. For those unfamiliar with the term – this video here gives a good explanation. It’s basically where you dress up in outfits you wouldn’t be caught dead wearing anywhere except to fashion week (cos it’s sah fashun dahling!) and you pull out your best Anna Della Russo moves in the hopes of being snapped by the style paparazzi.

2. The future of Australian fashion design is in very good hands

Despite the scariness of some of the aforementioned, I can safely report that Australia’s future is looking blindingly bright. The Sportsgirl National Graduate Showcase is by far the most anticipated runway event on the LMFF calendar and this year’s alumni didn’t disappoint.

The 12 graduate designers who are hand-plucked from art schools Australia-wide by an esteemed panel of judges were then forced to battle in an arena to the death displayed their incredibly imaginative and beautifully tailored collections to an audience who had by this stage, seen enough of what’s currently in store at David Jones and were more than ready for something exciting and fresh. 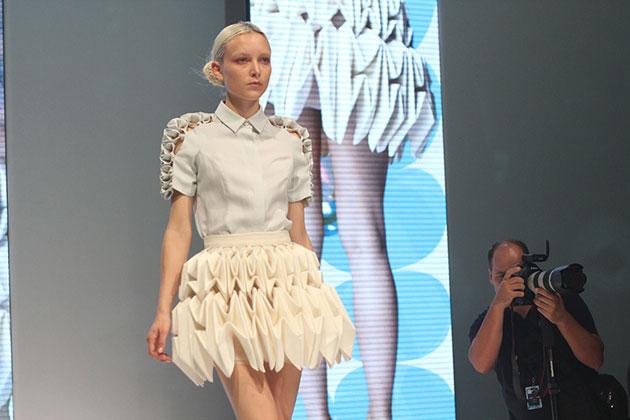 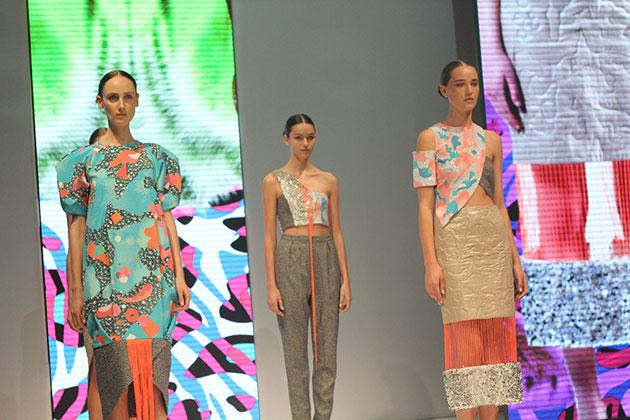 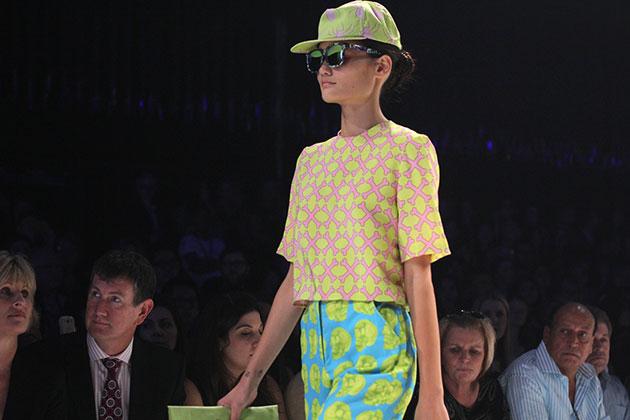 3. The Dulux Dog is incredibly delightful

I’m still not entirely sure what the link is between fashion and house paint (colour something something?) but frankly who cares? Dulux Dog is in da house!!!1! Ticked another life goal off the list.

“Do you think they even know how special they are?” pointed out one of my observant friends. No my friend, I don’t think they have a clue at all.

O, Dulux Dog! Who ever loved that loved not at first sight? 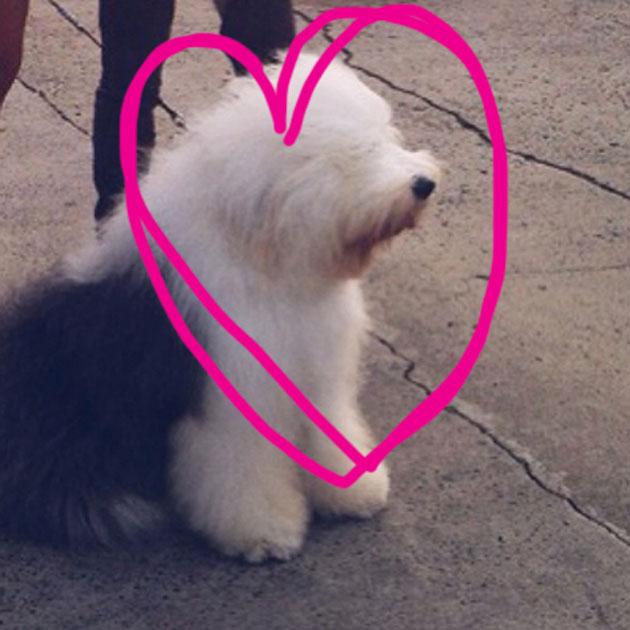 4. Free stuff is better than no free stuff

It really doesn’t bother me what the free stuff is, I just generally really like free stuff. Never one to shy away from the delights of a goodie bag, I probably won’t need to buy hairspray again until at least 2014. And that is AWESOME. Remember that these kinds of public events are a marketer’s dream, so with annual attendance you can more than likely scab a year’s worth of all your hair and beauty needs, already divided in easy one-use sample portions. 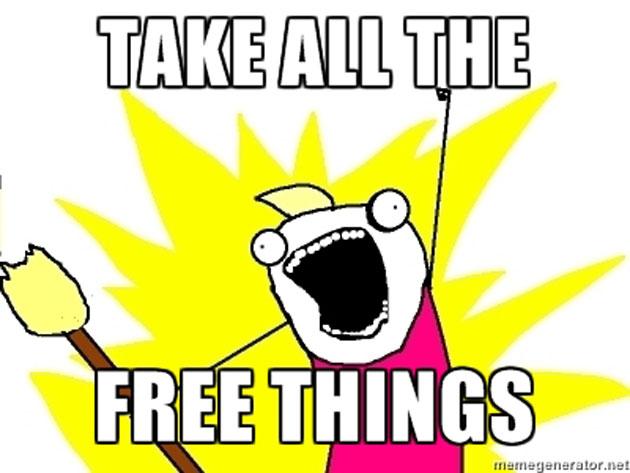 5. One special guest to rule them all

From Mary Katranzou to Barbara Palvin to Henry Holland to Caggie from Made in Chelsea, this year’s festival was graced by the presence of a many international special guests. But no one beats Lloyd. The Lloyd from television’s Entourage (AKA the loyal and super competent personal assistant to Jeremy Piven’s Ari Gold). Crippled by a severe case of starstruckness that left me weak and speechless, I was unable to grab a nonchalant pic with Lloyd (Rex Lee) for an Instagramhumblebrag but I did stumble upon this: 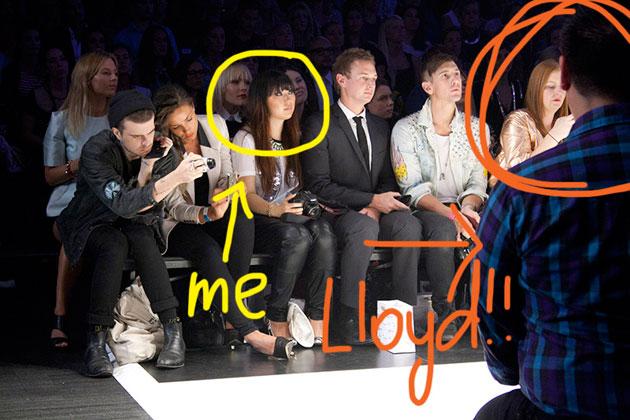 Words by Sam Sidney, fashion writer, blogger, free shit enthusiast and cat owner who would trade it all in for one more moment with the Dulux dog. Photos by Sam Sidney and Helena Michalak.