Throughout the course of AFL/VFL history, the fine sport of Australian rules football has been dotted with heads so inherently rude they have been celebrated across the land; heralded as folk heroes; revered for their sheer offensiveness.

Be it the unchecked composition of the hair, structural features more closely resembling the surface of Mars, or facial follicles that look like they would get stripped off the skull in anything larger than a light breeze, rude heads and the AFL are a match made in heaven.

We were present at this week’s Fox Footy season launch, and got a chance to ask AFL legends and personalities about the current state of the rude head in the game, while ruminating on some of the all-time great rude heads; the most broken of bonces; the indisputable legends of having a scone like a condom full of walnuts. 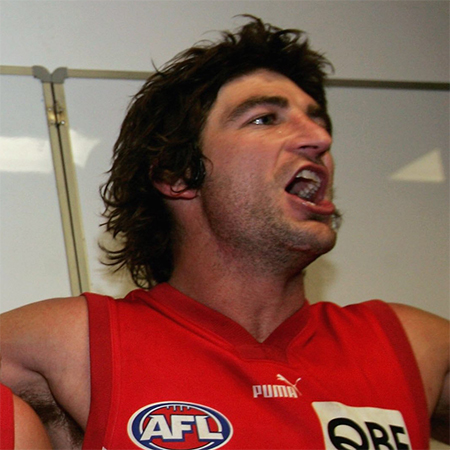 True enough: That bonce is rough. Much like the player it’s attached to, it is not a naturally gifted head. But fair suck of it, it plays the hand its been dealt about as well as it possibly could.

Recently-retired Saints gun-turned-new Fox Footy hire Nick Riewoldt chose to highlight the hair of a young lad also at the event, Jack Viney, of whom Riewoldt remarked: “I think he’s put the price of fudge up about 30%.” 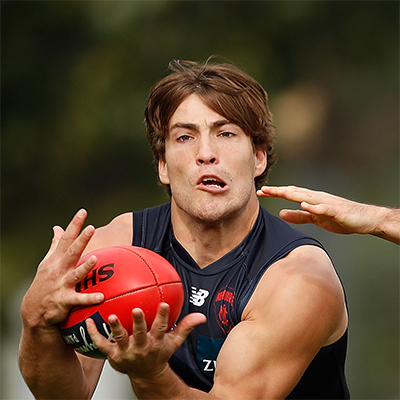 The square, as we all know, is the rudest of all the shapes. And a squarer head you’re not likely to see this side of the annual Big Fucking Nerd Convention. That head has all the characteristics of a fine packing box and, much like its carton-esque brethren, it is doing a lot of heavy lifting holding up what is an industrial volume of hair.

Charlie Curnow’s got good hair. A bit dready-ish, but not overboard stinkin’ dreadies. ‘Cause I’m not so sure that middle-class white boys should have full-on dreadies.

And while it’s true that the scone of that bloke rates about an 8.5 on the scale of pure rudeness, it does not hold a candle to that of his brother, Ed Curnow.

When you're looking for a pic of Charlie Curnow but discover his big brother Ed really blazed that curly hair trail for him ????????‍♂️ #curlycurnows #curlsgetthegirls #hairhero #highrise #afl #aflhair

Mother of god, that is a rude head. A magnificent mess of Steve Brule-proportions. That head could stop traffic dead – or Ed – in its tracks.

‘Course Dermott knows a thing or two about heads, particularly in the category of hair. 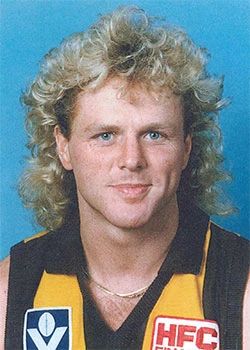 Fox Footy presenter Neroli Meadows, being a keen eye for the game, cut right to the chase and identified the Head To Watch in 2018: Jake Stringer.

The recent Essendon recruit has already raised eyebrows by taking what was ostensibly an off-the-shelf standard head and turning into something else entirely thanks to a beyond-questionable top-knot. But a recent pre-season game took the sheer audacity of the scone to new levels.

She’s not bloody wrong, either.

This is disgusting, gross, graphic and makes my stomach turn. I’m not talking about the blood, by the way. ???? #topknot #peroxide #jakestringer #essendonfc #afl #aflhair

No bones about it: This is a rude head of staggering proportions. A criminal skull. Combine that with a helping of blood and that is a scone only Ric Flair could be proud of.

Fellow presenter Sarah Jones chose to shine a light on Gary Ablett, a light that would presumably bounce off his desert head and blind everyone within a three mile radius.

Look, let’s say hats off the Gary Ablett with the bald head, I think it’s iconic the little superstar that he was. It was, perhaps uhh, falling out a little bit, so he went the shave and I think Gaz looks awesome and more importantly, he plays awesome.

Since returning to @geelongcats, a question that I'm frequently asked is "Which number will you be wearing in 2018?" I’m excited to finally be able to reveal that to you all. I’ll be revealing my new number via @exclusiveinsight at 9:30AM AEST ???? be sure to give @exclusiveinsight a follow to find out my new number and why I chose it! #ExclusiveInsight – a new media platform for athletes everywhere, and fans everywhere else.

Some might say it’s ill-advised to put your own head through the hot wax cycle at the local car wash. But then again some don’t have the trophy cabinet of Curry Tablets over here, so each to their own.

Elsewhere, comedians Dave Thornton and Lehmo delved into the archives of Rude Headism to pull out a pair of all-time classics. Thornton, firstly, highlighted Geelong workhorse Peter Riccardi, who along with a raking left foot also sported one of the most pristine mullets to ever grace the field.

I liked a bit of Peter Riccardi, used to love him from Geelong. Short on the sides, very permed out the back. 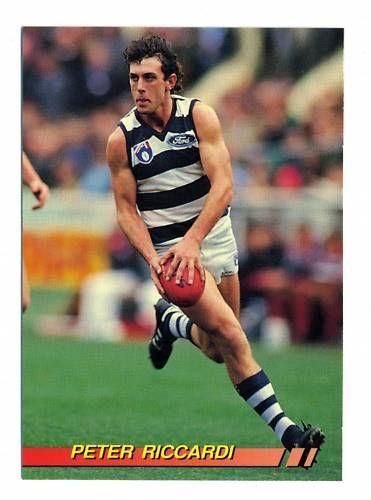 A beautiful and extremely rude head, to be sure.

But Lehmo dug ever deeper into the archives to pull out one of the all-time rudest heads in the long and storied history of audacious skulls.

I’m gonna throw in a wildcard though, Vin Catoggio from Carlton, one of the great haircuts of all time.

If you’re unfamiliar with Vin Catoggio, brace yourself. 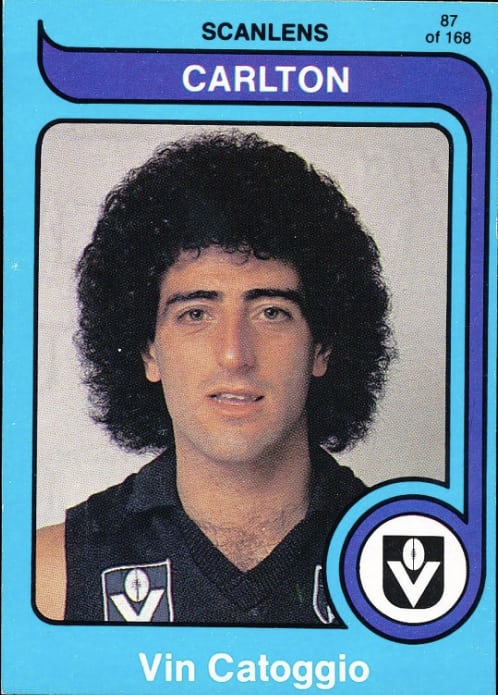 That is a rude head, good grief. A Mount Olympus-worthy scone of intensely unpleasant proportions. A bucket full of burnt LEGO. A dropped pie. A squashed frog. All that and more. The gold standard of rude heads. That which cannot be beaten.

It is the rude head of rude heads, folks. No doubt about it.

And while those are the bonces the experts selected for us, we can’t help but think: Is there a head in recent footy memory that compares to that of the great Vin Catoggio?

Tom Liberatore keeps the spirit of Catoggio alive and well in the modern day: A blue collar, working-class head whose rudeness you can depend on no matter the scenario.

Get you a man who can do both. pic.twitter.com/S17ncjkfyD

Max Gawn‘s no nonsense, no nerds approach to rude headism has apparently developed magnetic properties, drawing other rude heads in his vicinity to him; all trapped in his gravitational pull like moths to a bug zapper.

And then there’s Wylie Buzza who – along with having a name that sounds more like a crafty game show siren – is in possession of a head that harkens back to the Great Rude Head Days of Yore.

Looking forward to seeing you split packs in the forward line in 2018.#StandProud pic.twitter.com/YmhiHokVkZ

But as far as recent years goes, the modern era of the AFL, there is no head ruder, no bonce more disrespectful, no cranium more downright filthy, than that of former Essendon player Courtney Johns. 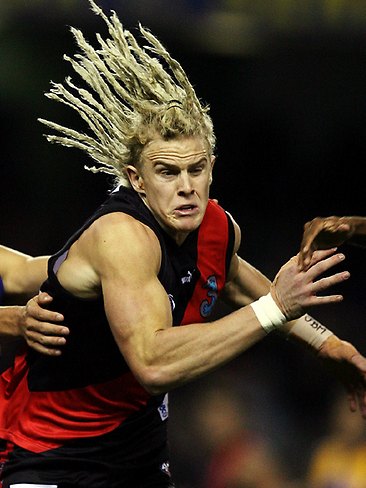 That is a head.