Bloody hell the Olympics are great.

The last few days of the Games are upon us already, but the athletics competition is getting real interesting in a big hurry. The men’s 200m is arguably one of the most anticipated events of the entire games, with Usain Bolt not only going for a remarkable third successive Olympic Gold Medal in the event, but a promise to break the mythical 19 second barrier in what will be his final individual Olympic race.

But all that doesn’t mean the man can’t have a little fun in between.

The semi-finals for the 200 were run today, and predictably Bolt cruised through to set the fastest mark at 19.78 seconds. Bolt ran alongside Canadian rival Andre De Grasse in the semi, pipping the 100m bronze medalist by .02 of a second.

Where things get real good though, is that they were so close but so in-command of the race that they actually turned to look at each other and laugh as they crossed the line together.

AND IT WAS SO BLOODY ADORABLE, YOU GUYS.

I mean, the video is cute enough in and of itself…

…but the photos, people! THE PHOTOS! 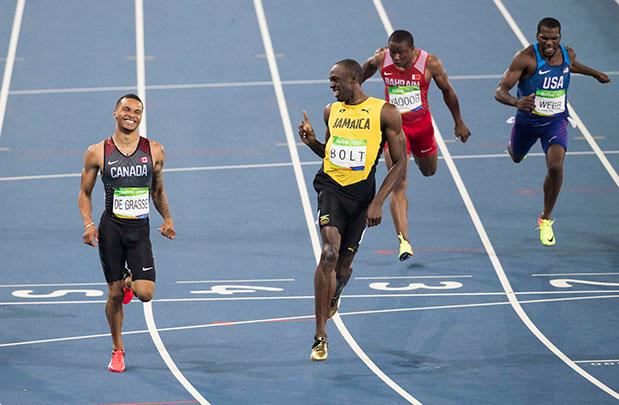 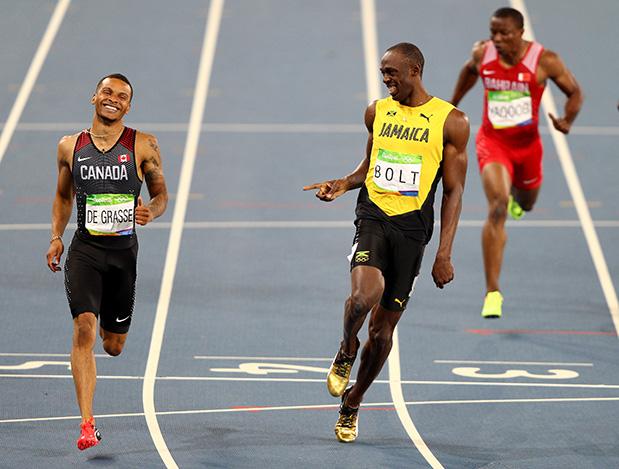 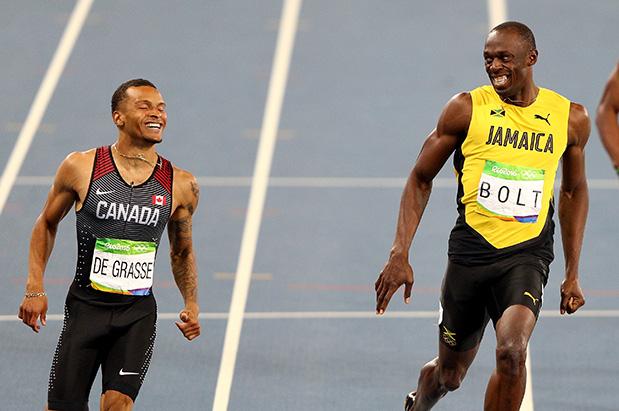 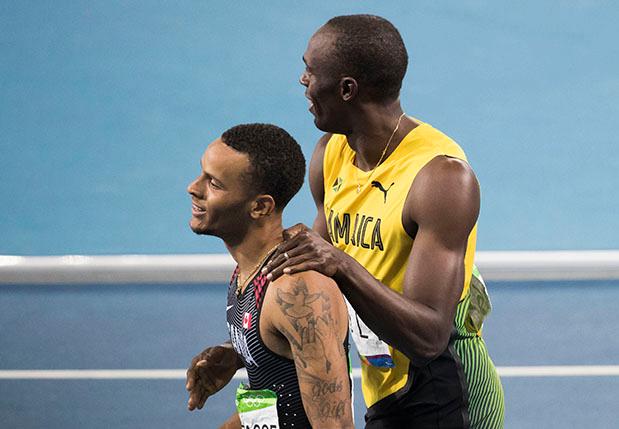 Just two good buds out for a jog, havin’ a lil’ friendly race. Usain bein’ all like “I got ya!” and Andre responding “Yeaaaaaaah, ya got me.“

Can the Olympics never end? Stuff like this is too good to only happen once every four years.

Though all this said we strongly suspect that, come tomorrow and the 200m final, it’s not gonna be *quite* as friendly.