NBA star and notoriously absent father Tristan Thompson was booed and jeered during his first Cavaliers game since footage emerged of him cheating on Khloé Kardashian.

The power forward was not in the starting lineup (whatever that means… basketball!) and was heavily booed when he was at last brought off the bench.

#Cavs fans booed Tristan Thompson when he was shown on screen. He wasn't announced coming off the bench by the PA announcer, either.

The Daily Mail reports that because he replaced LeBron James in a commercial break at the end of the first quarter, his name was not announced to the stadium, but that he was booed whenever his face appeared anyway.

Even the commentators were unable to separate from the game and the gossip entirely, mentioning that Thompson had “recently been in the headlines”. Yeah, no shit.

Earlier this week, footage emerged of Tristan cheating on girlfriend Khloé with not one but two women in a nightclub, while she was just three months pregnant.

Now, it’s being reported that she’s gone into labour, and is said to be “distraught”.

“She feels defeated and betrayed. Kris has been there to help calm her,” a source told E! News.“They are all really worried, and all of the sisters are dropping everything to be with her. They all keep reassuring her that everything will be OK and to stay calm for the baby.”

Thompson left his last girlfriend, lifestyle blogger Jourdan Craig, for Khloé when she was pregnant with their child, Prince Oliver (now 15 months old).

just saw all this Tristan Thompson mess on IG. what a doozy. someone called him Third Trimester Thompson in the comments and i had to close the app. that’s enough for today.

And now the woman linked to Tristan, a woman with the Instagram handle @ms.stephaniee, is apparently claiming to be pregnant, according to Instagram screenshots obtained by the Daily Mail. 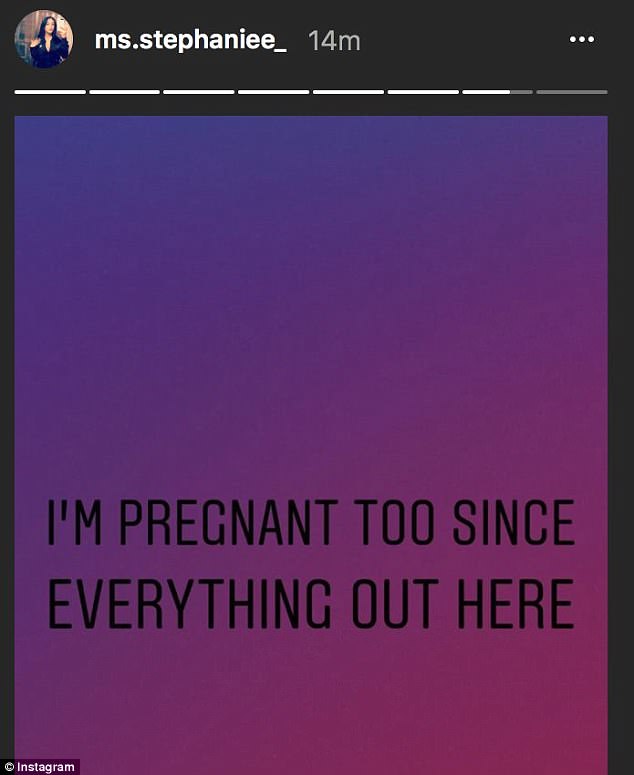 She also posted a literal sex tape – not showing faces, of course – and tagged Thompson in it, prompting wild speculation that it was their sex tape. Instagram locked that shit down, fast, and her account was briefly suspended.

The drama continues…. and so do Khloé’s contractions, apparently. If the rest of 2018 could PLEASE deliver this woman a break (and a not trash fire relationship), that would be just freaking swell.