In today’s edition of “Millennials getting dumped on for merely existing”, an Aussie TikToker has revealed the six things that Millennials do on Instagram which scream “I’m A Millennial … Get Me Out Of Here!”

It’s truly a tough time to be a Millennial on the internet. I cannot relate because I was born in 1996, but my thoughts, feelings and commiserations.

TikToker Katie Woodland (@junebugband) — who confirmed she is, in fact, a Millennial — dished out the tea.

The first nugget of wisdom she dropped was that using the laughing crying emoji is very Millennial.

“The laughing crying emoji is dead,” she said.

“It has been dead for a while.”

Look, I know it’s been on its last legs for a hot minute but nonetheless, RIP to a real one. Gone but never forgotten.

If you want to get on your Gen Z shit, Woodland recommended switching to the skull emoji (without the crossbones, obviously, you are not a pirate) ‘cos it represents “dead”. Like you are dead because something is so funny ha-ha.

Writing in capital letters is also an acceptable way to share your amusement. Woodland offered “DECEASED” and “WHY IS SHE DOING THIS” as examples — two phrases which regularly circulate through my non-Millennial mind working at PEDESTRIAN.TV. She’s got a point, folks!

The second thing Woodland listed was using any font on Instagram which isn’t the last one because they are all “unacceptable”.

I have gone to the effort of preparing an Instagram story using this font for your perusal.

Personally, I think there’s something a little bit fun about the one that looks like Comic Sans. I have never felt brave enough to use it but maybe 2023 is my year.

Moving on, the third Millennial-ass thing which Millennials do is uploading landscape photos to their Insta Story or shrinking pics to fit.

It must be said, I cannae stand this. Just take another portrait photo! Fit the image to the entire screen! Don’t give us a shitty little border!

If you’re feeling a bit overwhelmed, Woodland offered side-by-side comparisons of what is and isn’t hunky dory when it comes to Instagram Stories.

On the left we have a flop Millennial Story (weird shrunken pic, audaciously large font, fugly emoji use) while on the right we have a beautiful, aesthetic IG Story (image fits the frame, tiny font, dainty emojis). 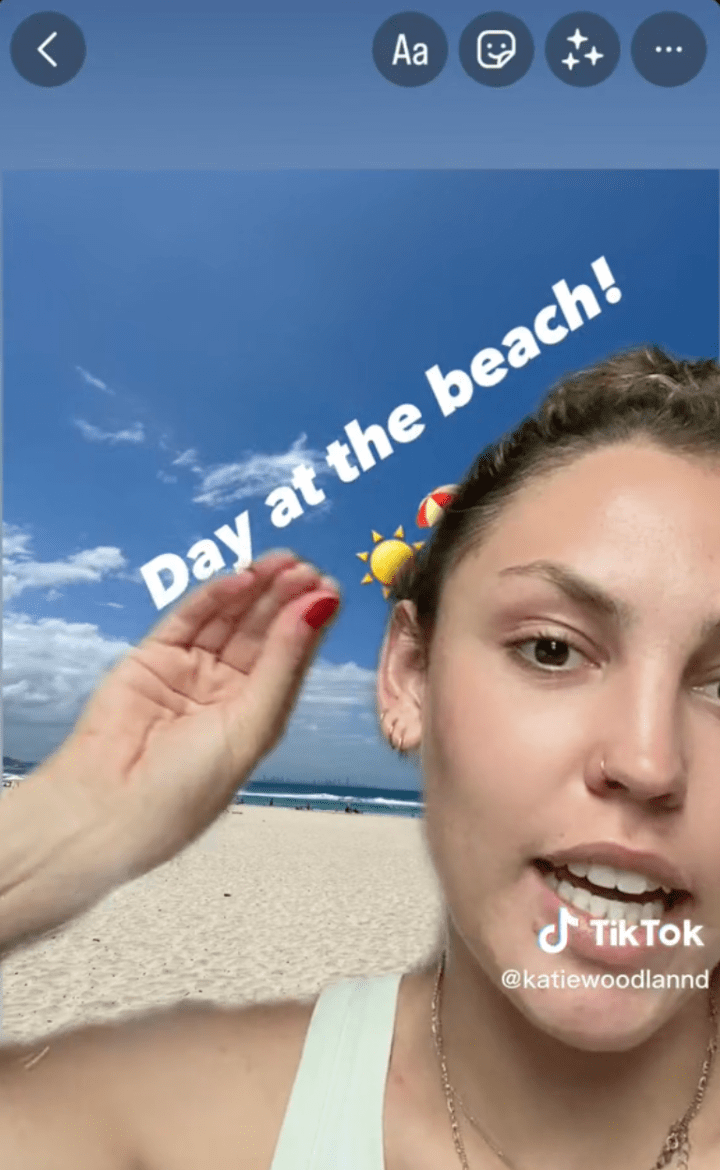 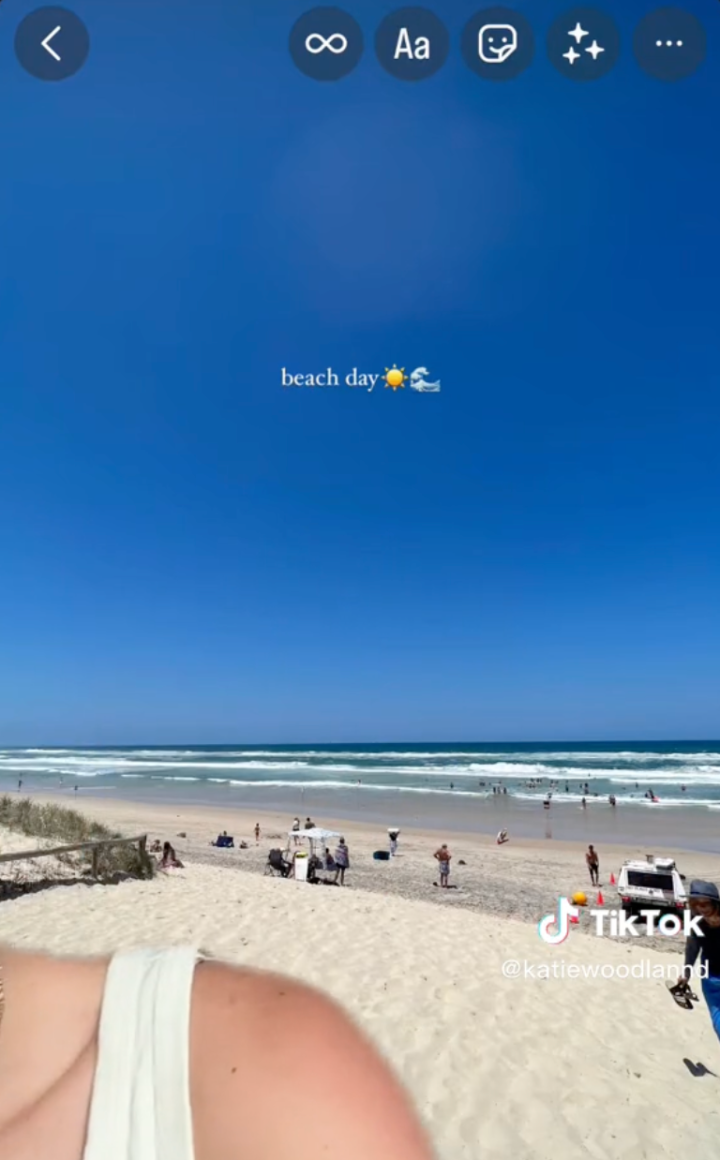 Next, we have posting a Boomerang. It truly is a dogshit effect which is only OK if you’re like, 55, in which case it’s quite cute.

Woodland said most Millennials know doing a Boomie is off limits, so the reminder is probably more for Boomers. They probably don’t give a shit because they love nothing more than going rogue on social media but alas, what can you do.

On the topic of Instagram features, the fifth Millennial-heavy thing to look out for is using filters.

“This includes your pictures and your Stories,” Woodland said.

“Just don’t use a filter. Don’t use any of the Instagram filters.”

If the thought of living without the Oslo filter sends you into a tizzy, Woodland recommended perusing the app VSCO, which is a massive fucking blast from the past. 2023 will be the year that VSCO girlies make a comeback. I can already feel it in my waters.

Last but not least, we have tagging your friends in posts you share and then leaving the tags there for the whole world to see.

“I think it depends on the situation and how many friends you’re with, plus tags can ruin the aesthetics of your posts sometimes,” Woodland said.

“So if you’re not sure, tag your friend and then you can click on the tag, shrink it and then swish it off.

Now, let it be known that Woodland explained at the end of the video that her job requires her to scope out social media trends so she’s a bit cluey.

And she said that coming from a fellow Millennial, there’s obviously no judgement if you’re happy living your best Millennial life on Instagram. Live and let live, laughing crying emoji lovers! Who cares about the font you use on Instagram! None of this is real!

If you are aching for a Gen Z rebrand, however, at least now you have some nice little tips and tricks to follow.