If you’re under 30 and “still call Australia home” like a pre-pubescent boy in a Qantas advertisement, you probably know that the likelihood of Channing Tatum / Mila Kunis randomly sitting on your face during the course of any given afternoon, and you ever owning a property, are about even.

Because our cooked financial prospects are impeding our potential to sign a mortgage (without selling off an organ, that is), we’re left scrambling like starved vultures for whatever scraps the rental market decides to throw our way.

Those measly morsels take form in run-down apartments / terraces / shacks whose prices make you want to curse your parents for giving you the mostly cushy life you live.

We’re all well aware of home much these dumps are costing us nation-wide, but the question of how much we should be making to keep that deteriorating roof over our head and lead a somewhat decent existence remains.

I decided to go all algebra on this bitch to figure out how much you should be making to comfortably live within 20ish minutes of Sydney, Melbourne, Perth and Brisbane‘s CBDs.

BEAUTIFUL READERS IN THE ACT, SA AND TAS, WE’RE SORRY FOR EXCLUDING YOUR DAMN-FINE ASSES – UNFORTUNATELY THERE WASN’T ENOUGH DATA TO WORK WITH. WE LOVE YOU. YOU DA BEST.

The 30% metric is an economic rule-of-thumb that reckons only 30% of your income should go to keeping a roof over your head. This includes rent or mortgage, and those darn utilities (and seeing as it’s 2016, we’ve included internet as one). Using this equation, we’ve taken the liberty of working out what your household income should be to afford a two-bedder, as well as your own studio situation.

Why two-bedroom cribs and studios, rather than studios alone? Well, in this humble renter’s opinion, two-bedders are the sweet-spot.

Share houses are the reality of renting whilst in your twenties. Two people in a house is extremely manageable, even when you’re driving each other crazy, whereas three or more inevitably results in complications. With that being said, your risk of someone pissing off into the abyss and leaving you to pay for everything is high. In that instance, you should be making enough to cover your ass.

The following figures have been calculated from data collected on Expatistan – Cost Of Living Index and Flatmates.com.au.

Brace yourselves, deplorable prices are coming. 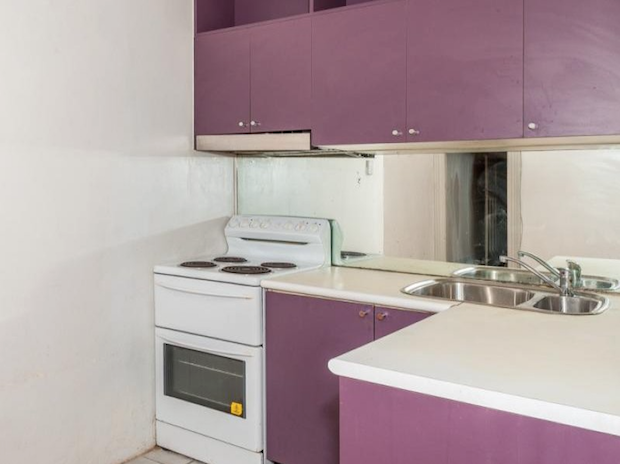 MmmMmMm, check out that bitching magenta paint-job on the kitchen above. Incessant rising damp issues and the general claustrophobia-inducing layout of this two-bedroom, Kings Cross apartment can be yours for an absolute bargain at $600 per week.

Yes, you’re combined household income should, not only be in the six digits, but $20,000 above it. Regardless of whether that rent’s being divided between you and a partner / mate, it’s still fucking ridiculous.

Not about that share house life? Well best of fucking luck to you. Based on Sydney’s average studio / one-bedroom apartment costs, you should be making over $80K to afford enjoying your own company. 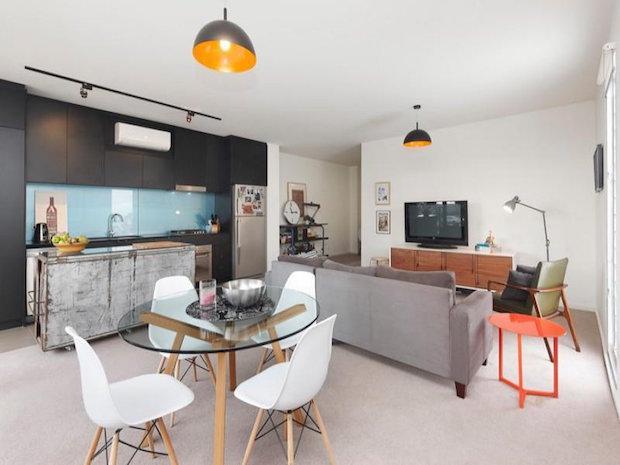 The fresh-to-death, albeit small apartment located in Brunswick shown above will set punters back a total of $450 per week. COOL, MELBOURNE.

$93K+, while still a bit *pulls at collar*, is certainly more feasible than the prices outlined for Sydney – especially when divided between two parties. Cograts, Victorians, y’all be living the good life.

Yeah, look, getting yourself a studio in Melbourne is somewhat on par with Sydney. It’s a bitter pill to swallow, but one that could be worthwhile if previous roommates have fucked you ’round. 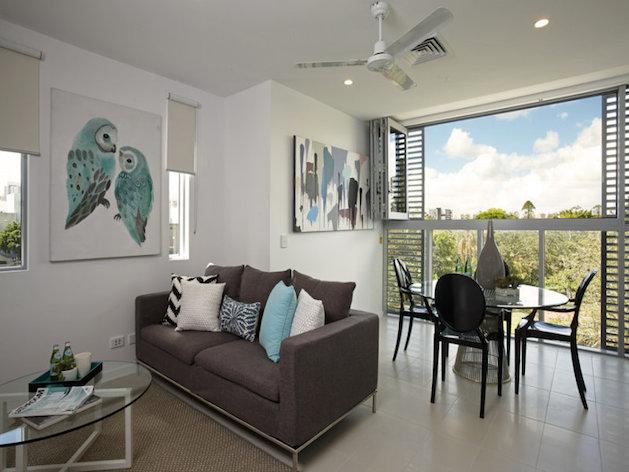 The fahbulous two-bedder in South Brisbane shown above is just shy of $400 per week. Talk about a jackpot in Brisvegas lel.

Between two people, you’d only need to be making around the $42K mark individually – a nice change of speed if you were relocating from NSW.

For about $10K cheaper than Melbourne, and $15K less than Sydney, Brisbane could be your go-to locale if you’re a loner by choice. 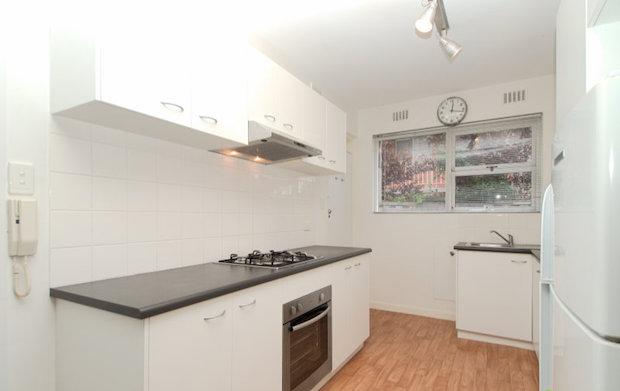 Saying you’ve tracked down an apartment about 15 minutes from Sydney’s CBD (that doesn’t smell like cat piss) for $330 a week would warrant rapturous laugher and statements of ridicule. The above Mt Lawley apartment, which is in great shape btw, costs exactly that. The people of Sydney have the following to say to you, Perth: “EAD”.

Post-boom Perth still see prices across the board remain somewhat inflated, explaining why a two-bedder on average still warrants a higher income than somebody in Brisbane. Still, $44K a head isn’t terribly doomsday.

Perth’s cost for a studio is just a few cents shorter than that of Brisbane. If you’re all about that social recluse life, either one of these cities will be within your price range just a couple of years after graduating uni (assuming your boss isn’t a douche and is giving you the raises you rightfully deserve).

There you have it, folks. We’re all fucked. Hooray. Guess we should all pack our bags and move to WA, yeah?

Good luck out there guys