Welcome To Australia, Where An Elected Official Has Eaten 8 Elephants

NSW upper house MP Robert Borsak, who represents the Shooters and Fishers Party, last week admitted he’d eaten the dead elephant he was pictured beside in a trophy photo ten years ago.

Today, he has revised the number of dead elephants he’s eaten to eight.

The revelation that Borsak had even eaten one elephant came in parliament last week, when he admitted that they were “very tasty” during an address on the “insidious growth of skewed animal rights ideology.” It in itself follows an old trophy picture of him standing next to a dead elephant doing to the rounds, and a very to-the-point op-ed for the Sydney Morning Herald, ‘Why I Shoot Elephants.

But yeah, anyway. EIGHT ELEPHANTS. The Herald called him up today to ask how many he’d killed.


“Over the years, probably about eight,” he said “I’ve had a bit [to eat] off most of them. They all taste pretty much the same.” 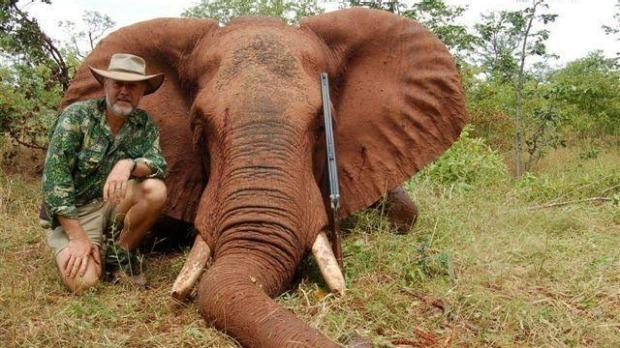 Borsak has since admitted that he’s hunted lions, leopards and cape buffalo, but stresses he hasn’t eaten lion or leopard.

It’s all very weird and confusing – and you can bet your bottom dollar the Greens are calling for his resignation – but at least Twitter had some hot takes to wash the story down with.

Look, despite its barbarity if Robert Borsak ate that whole elephant I have to admit I am slightly impressed.

NSW MP Admits He Ate Every Elephant. All Of Them. There Are No More Elephants, Just An MP With A Big Bellyache.