A TikTok has highlighted one local council’s attempt at revenge after *someone* on NSW Mid North Coast poisoned a tree which was conveniently blocking a stunning water view.

The TikTok shows a tree that had been poisoned right in front of a view of the Nambucca River mouth, before the cameraman pans around to a house across the street which is almost too perfectly positioned to take advantage of said view.

In response, the Nambucca Valley Council erected a sign which said “This tree has been deliberately poisoned” and asked locals for more information. The sign just happens to also block the view that the dead tree would’ve created.

“By far the easiest mystery in 2021,” TikToker @mick_daddy wrote. The Law & Order theme song is a nice touch, too.

The result is sweet, petty justice against those dastardly alleged tree vandals.

In just one day, the TikTok clocked over 64,000 views. The comments section was unanimous in its support for the council and its delightfully petty sign: 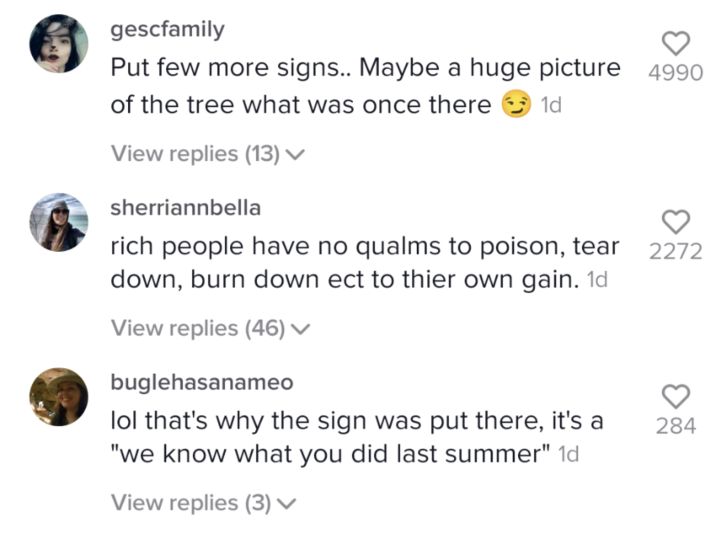 It’s unclear when the sign was first erected, but it’s worth noting that it features an old council logo and uses the council’s old name, the Nambucca Shire Council, which was changed to the Nambucca Valley Council in 2019.

A spokesperson for the Council confirmed the sign’s location to PEDESTRIAN.TV, and added that the alleged vandals motives’ have long been suspected in the area.

Now that the sign’s been erected, the people of Nambucca are left with a dead tree and a view which is still blocked.

So there you have it. Crime doesn’t pay, folks.