We would begin this story by embedding some of Stephen Fry’s typically magnificent Twitter output, but that’s actually the story itself: he’s apparently gone and deleted his account.

The notable absence of the ideal Briton on the social media platform follows his 11th straight hosting gig at the BAFTAs; after presenting an award to costume designer Jenny Beavan for her work on Mad Max: Fury Road, Fry pulled a quip on her casual attire, saying “only one of the great cinematic costume designers would come to an awards ceremony dressed as a bag-lady.”

Fry defended his statement as a joke – even going so far as to post a picture of the pair together after the fact. 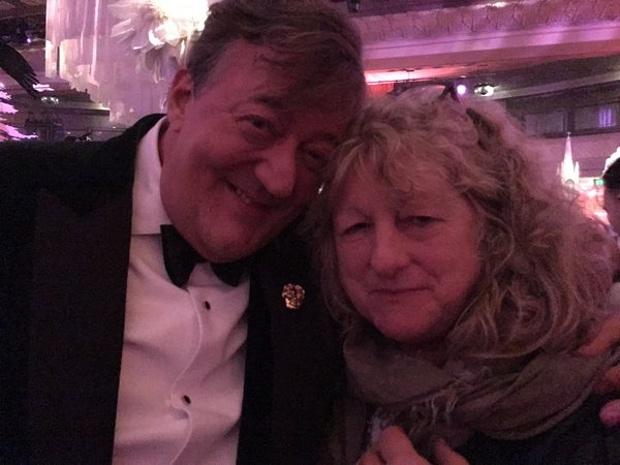 Twitter’s response was not so light-hearted, with other users calling out his jibe as needlessly misogynistic.

If we’re being completely honest, it was a line that didn’t serve anybody in particular, and it could be taken as uncharacteristic misstep from a bloke who is known world-wide for running his mouth in a totally loveable way.

Regardless, before the account was pulled, Fry rallied against the “sanctimonious fuckers” who didn’t realise “joshing is legitimate,” closing with the statement “Christ I want to leave the planet.”

It’s not the first time Fry’s left Twitter, but being having a joke so publically shat upon online doesn’t bode well for his return. Not at all.