In the wake of the horrific deaths of Hannah Clarke and her children – at the hands of her violent and controlling estranged husband who subsequently took his own life in an apparent act of despicable cowardice – a Facebook post from a former perpetrator domestic emotional abuse has gone viral for its frank admission of how recognising and addressing early signs of trouble prevented him, a self-described “good man,” from becoming something much, much worse.

Sydney man Toby Francis made the post on Facebook late yesterday, detailing his own experiences with domestic abuse, which escalated to the point of smashing plates and punching holes in walls during arguments before a frank conversation with a friend pushed him to seek help.

Francis described his own situation, referencing a hard talk a friend had with him where he was told in no uncertain terms his behaviour towards his own partner was violence, and that if left unchecked it would fester and grow and escalate into something much more extreme.

In the remarkable piece of self-reflection, Francis noted that domestic violence “isn’t born only in evil or bad men,” it is “born in small changes in already violent acts.”

“That beast will grow in size and want for more food. It will want for more aggressive behaviours in order to quiet. And you’ll give in because every escalation is only a small step from the last one and every time it happens it is easier for it to happen again. And every time it happens again you make an excuse that if she hadn’t done what she had done or said what she said, you wouldn’t have done what you did,” Francis’ post continued.

The full text of the post, which has been shared thousands of times since it was made yesterday, is below. It’s a truly remarkable read. 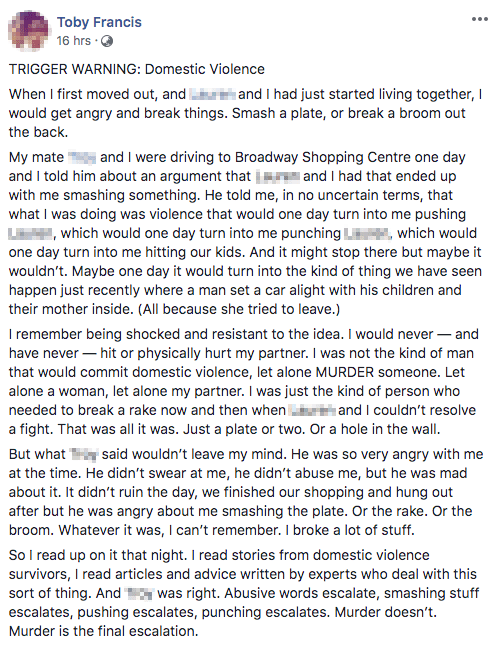 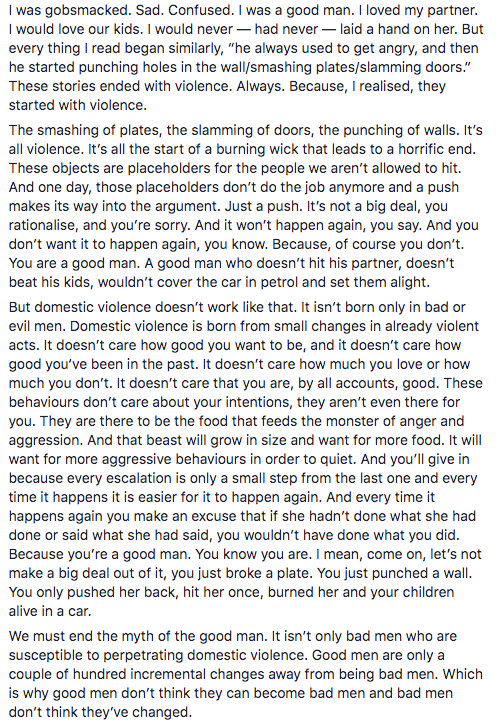 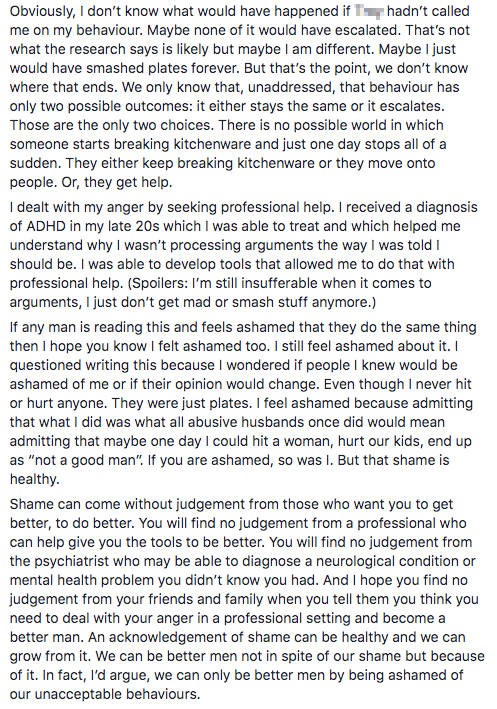 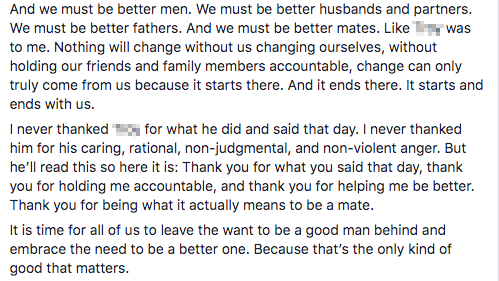 It should be said that this message is the one women have been screaming since time immemorial; one that men need to address their own behaviours at their onset, rather than before it becomes far too late. And that all men – especially the good ones – are capable of such acts without self-reflection or self-correction.

But a raw, vulnerable display from someone who recognised his own shortcomings, sought help, and addressed the for the better is very commendable. If only the circumstances that provided its impetus weren’t so goddamned horrible.