In news that’d probably be surprising if 2020 wasn’t such a hot mess, there are three (3!!!) humpback whales in the East Alligator River in the Kakadu National Park.

I’m going to give you all a minute to let that sink in: WHALES!!!! In a RIVER!! In the KAKADU!

For the safety of the whales and the people, an exclusion zone has been put in place from the mouth of the river to a point 30km upstream, with Parks Australia urging people to do the right thing and leave them alone.

“The exclusion zone is in place from the mouth of the East Alligator River to a point approximately 30 kms upstream for the welfare of the whale and for the safety of people who may have been considering going to the area by boat. The last thing we want is a collision between a boat and whale in waters where crocodiles are prevalent and visibility underwater is zero. We also don’t want boats to inadvertently force the whale further up the river,” a statement on the Kakadu National Park Facebook page reads. 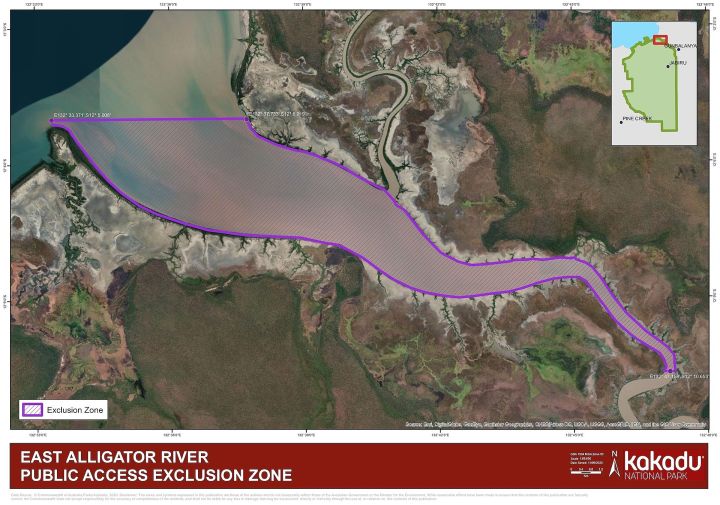 This is the first time in known history that whales have found their way up the river, so it’s unclear how or if they would interact with the crocodiles, which are prevalent in the area.

“We appreciate that this is a very unusual and exciting event, however, our priority at present is to ensure the safety and wellbeing of visitors and the whale,” Parks Australia said in a statement.

Thankfully, the whales don’t appear to be in distress, and authorities are hoping they will naturally find their way back out to sea. However, authorities are working on a plan to intervene if required for the safety of the whales.

But honestly, this is the content I needed to get through the rest of the week. WHALES!! In the RIVER!! Who’da thunk it?!

Although I wish *I* could be hanging out and taking in the picturesque sights of the Kakadu right now, I’ll settle for living vicariously through this whale family, who I imagine are a bunch of tourists just having a squiz at the view.