There are very few things in life that I consider myself an expert in, but one of them is Disney Channel Original Movies – aka DCOMS.

No really, I LOVE DCOMS. So much so that I’ve already decided my next birthday party theme will be a DCOM dress-up party (costumes mandatory, duh).

Sure, they only have three genres (sport, magic and music) and the acting probably isn’t as good as Disney’s actual movies, but the DCOMS were the Netflix Originals before Netflix Originals. Your favourite actors from Hannah Montana, The Suite Life or Even Stevens finally copped their own feature-length films and, if you’re like me, watching them usually resulted in you being OBSESSED with a weird sport you’d never heard of for a week or two because you saw Brenda Song playing it in a movie.

Before we had hundreds of films on Netflix, Stan, Disney+ and Amazon Prime to occupy our time with, we had to sit down in front of the family TV and watch whatever Disney decided would be the Disney Channel Original Movie of the week. Thankfully, this means I’m pretty well versed in everything they’ve ever produced, and have taken it upon myself to rank them from the Freaky Friday remake to god-tier.

I’m sorry but Disney absolutely aced it with the original Freaky Friday, and maybe I’m just salty because I’m not a huge fan of any reboot, but this just didn’t do it for me.

All I wanted as a child was a live-action Kim Possible, and Disney didn’t release it until I was far too old to properly enjoy it. It’s a no from me, but I imagine this film revived the excellence that is Kim Possible for the younger generation.

I love all of the Lion King spin-offs (The Lion King 1 1/2 is a god-tier film), but unfortunately I think this one strays a little too far from the original story for my enjoyment.

107. Tangled Before Ever After

Disney Channel Original Movie spin-offs of top-tier Disney films are great and all, but I just don’t think they hold up against the good shit (the OG DCOMS).

I just hate horses, so this film ranks low purely because it’s about horses. Sorry, Disney.

101. Phantom of the Megaplex

100. Johnny Kapahala: Back on Board

I’m not quite sure why we needed a Johnny Tsunami sequel, but we have one.

This is basically just Freaky Friday, but I don’t understand why you wouldn’t just watch the original Freaky Friday. Always choose the Lindsay Lohan option.

Fighting monsters in a cropped hot pink jacket is my *only* mood. 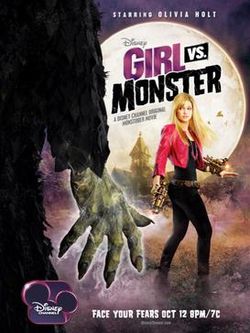 Bowling! As a DCOM! Who’da thunk it?

This movie truly had me thinking my 5ft ass could play basketball. 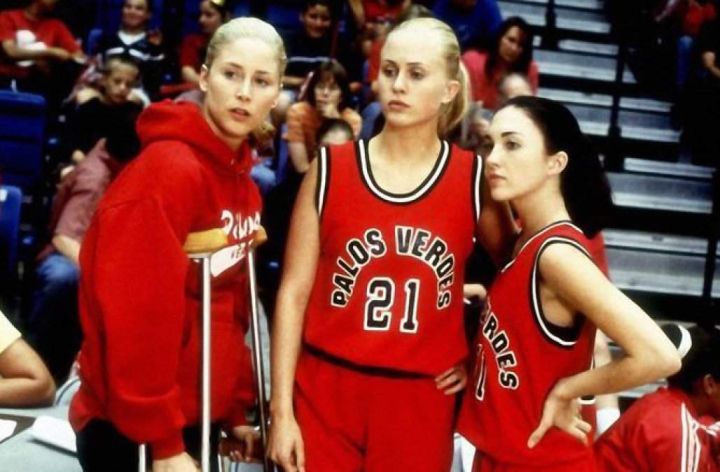 78. A Ring of Endless Light

The costume designer of this film deserves a raise. 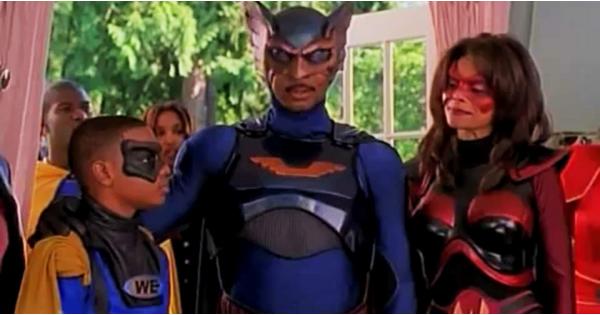 A real-life representation of my sleep paralysis demon, tbh. 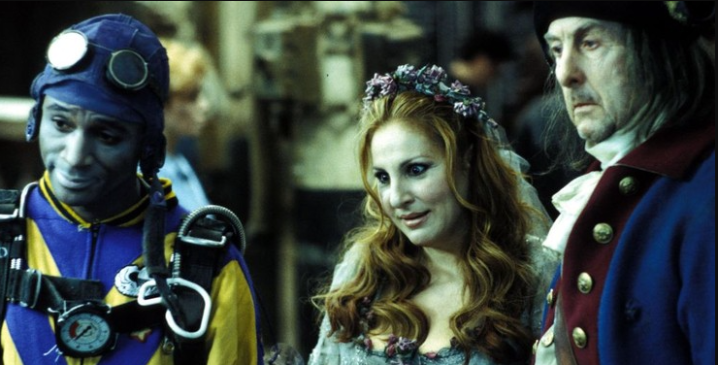 If you thought Disney couldn’t turn motocross into a DCOM, think again. 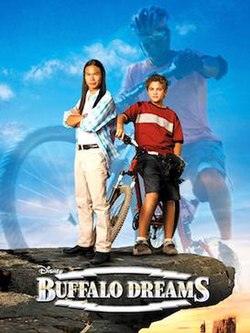 The original Kim Possible movie. A gift to the world. A classic. 10/10.

Still crying about the fact that I’m not a pro surfer. 🙁 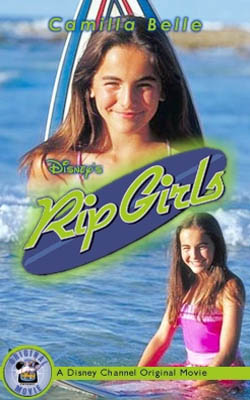 This is one of the few newer DCOMS that I still rate quite highly. It doesn’t carry the same nostalgia, but it’s still a pretty great movie.

This movie truly had me thinking I’d be an ice-skating queen. 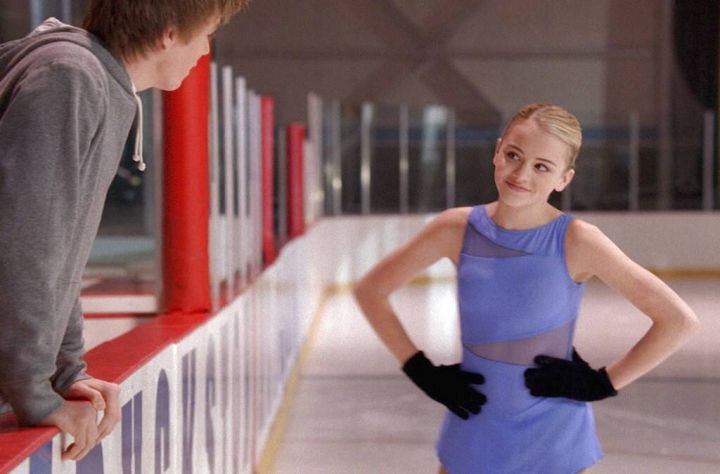 41. Phineas and Ferb the Movie: Across the 2nd Dimension

38. Wizards of Waverly Place The Movie

I’ve recently been re-watching the old Disney Channel shows and honestly, Wizards of Waverly Place was one of the few that actually had really good acting. This movie would still slap, even if it wasn’t a DCOM.

AKA – Aunt Hilda from Sabrina The Teenage Witch, the spin-off. 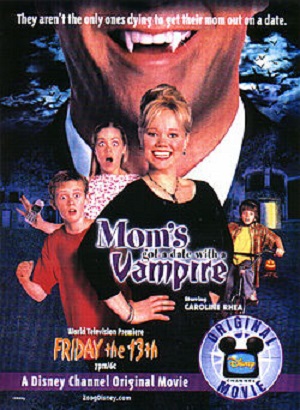 29. The Colour of Friendship

Early 00s Disney Channel shows-turned-movies are just a recipe for success. This film was just a feature-length episode of The Proud Family and I have zero complaints.

19. Stuck in the Suburbs

Aly and AJ Michalka simply did not get the credit the deserved for this film, or their careers in general. ICONS.

15. The Even Stevens Movie

Shia LaBeouf is the GOAT and I don’t care what anyone says, a feature-length Even Stevens is always a great idea. Give us a reboot, Disney. 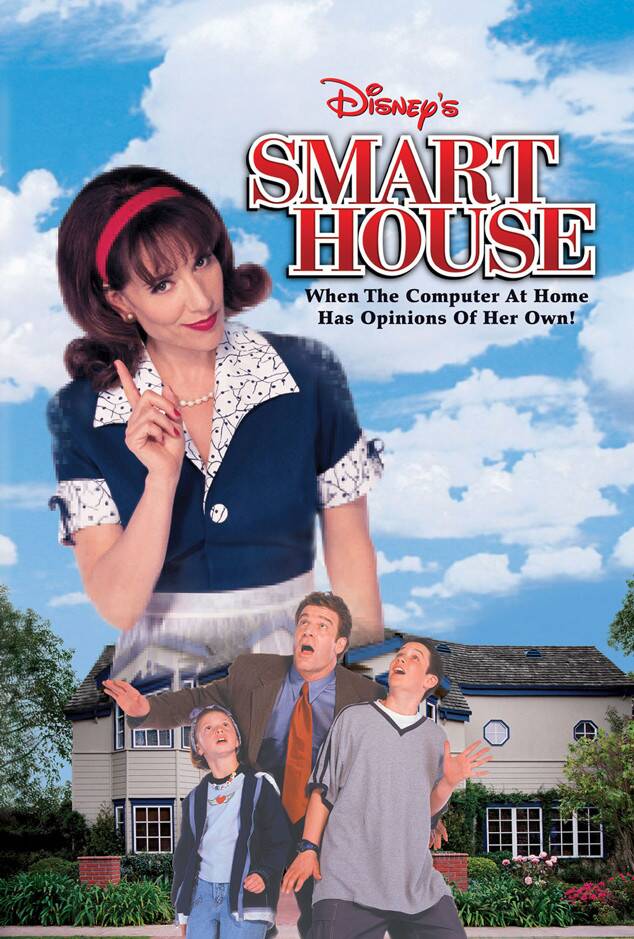 Brenda Song (who is weirdly dating Macaulay Culkin now) is god’s gift to humanity. I love her more than I will ever be able to describe and Wendy Wu: Homecoming Warrior is just another example of her being a badass.

I don’t actually remember much about this movie, but Corbin Bleu skipping is always a winner, and Push It To The Limit was an absolute banger of a track.

The OG HSM is still god-tier, and although it barely makes the top 10, it is still a cinematic masterpiece. I’m sorry, but there are just too many good DCOMS.

I mean it when I say, I would die for Tia and Tamera Mowry.

Hilary Duff could do Cadet Kelly but a real army cadet could *never* do Lizzie McGuire.

If you’re not kicking off spooky season by watching Halloweentown, you’re doing it wrong.

Raven Symone and Kirsten Storms in SPACE!!! We love to see it. Zenon is a classic.

Cheetah Girls 2 is another example of Disney slaying the sequel game so hard that films are almost better than the originals. This film has all the music, friendship and good vibes of the original, but it takes place in Spain. We simply can’t help but stan international superstars.

Cheetah Girls 2 truly had my tone-deaf ass thinking I’d be travelling the world with my girl band and having international romances with hot Spanish dudes.

The Cheetah Girls comes in at a close second for me, but only lost out to High School Musical 2 because nothing can compete with the artistry that is the Bet On It music video. But this film fucking SLAPS.

I’m just gonna come right out and say it: High School Musical 2 is the greatest Disney Channel Original Movie of all time. It is one of the few sequels that is better than the original, which is a tough task when you’re competing with High School Musical, but Disney managed to pull it off.

The casting, the soundtrack, the choreography, the storyline, this film is a cinematic masterpiece and it deserves a fucking Oscar.

READ MORE
Samuel L Jackson Is Copping A Nick Fury Series On Disney+, So Keep An Eye Out For It

If this has sent you down a spiral of wanting to watch your favourite DCOMs from the early 00s, you’re in luck because most of them are available for your binge-watching pleasure on Disney+.