A lone woman has sent Cardinal George Pell a stern message on the night of his release from prison by tying a children’s tricycle to the gates of the monastery where he is now staying.

Late on Tuesday night, the woman approached the gates of the Carmelite Monastery in the Melbourne suburb of Kew with a tricycle in hand, before hooking the handlebars between the lattice.

Her act appears to send a message from or in solidarity with survivors of child sexual abuse. 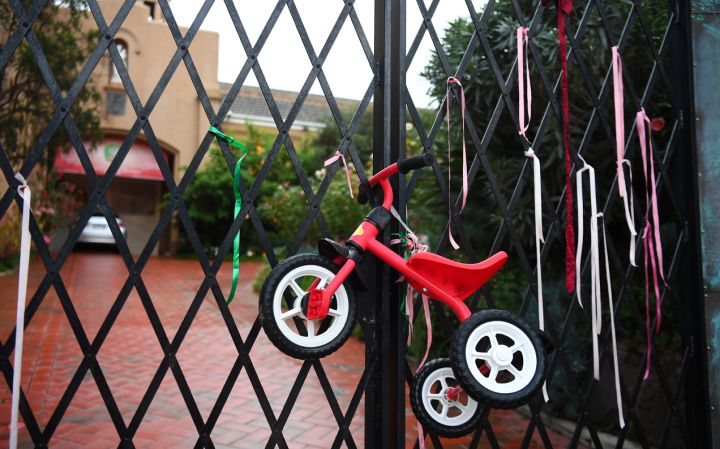 Pell has been staying in the monastery since his release from Barwon Prison yesterday. Because of social distancing, there were no crowds to protest his acquittal.

Ribbon tying is an initiative of the Loud Fence movement which emerged during the Royal Commission into Institutional Responses to Child Sexual Abuse.

On Wednesday morning, a staff member was seen removing the tricycle and taking it down the road. 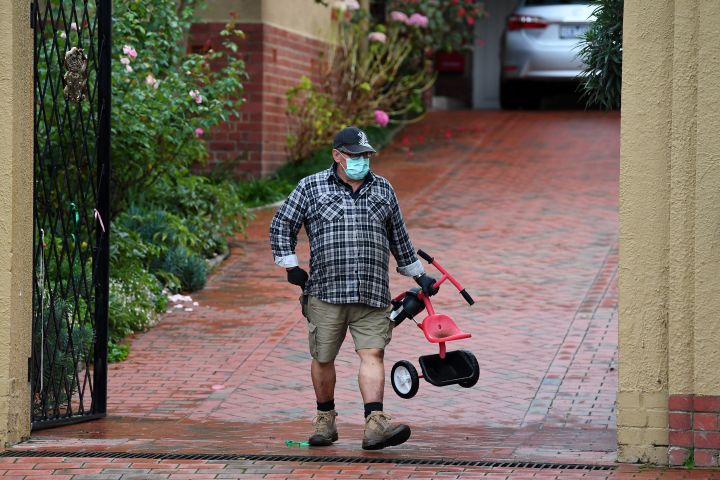 Meanwhile, protesters graffitied the words “rot in hell Pell” on the doors of St. Patrick’s Cathedral, where the Cardinal was accused of sexually abusing choirboys during his tenure as Archbishop of Melbourne.

Inverted crucifixes were also spray-painted on the fence.

Earlier on Tuesday, Pell was acquitted of five charges of sexually abusing two choirboys in the 1990s. He was the highest-ranking member of the Catholic church to be convicted of child sexual abuse and spent 404 days behind bars.

Following the judgement, he is now a free man.

If you’d like to speak to someone about sexual violence, please call the 1800