Boy howdy do we ever love a good “Who is Banksy?” yarn. Between that and what lurks beneath the Daft Punk helmets, there aren’t too many *true* artistic mysteries left in the world, thanks to the rabid investigating of the internet.

For a solid handful of years now, we’ve all been circling humble Bristol public school lad Robin Gunningham as the mastermind behind the Banksy phenomena.

But truth be told that always felt like too easy an explanation. Just some random schmo? With a store-bought name like that? Come on.

A new theory posited by a British investigative journalists presents a far more interesting answer to the question: That Banksy is either Robert Del Naja of the gigantic UK band Massive Attack, or that “Banksy” is a collection of artists led by Del Naja.

Banksy and Del Naja have been linked continuously throughout their respective careers; prior to forming Massive Attack, Del Naja operated as a street artist under the name 3D, producing work that Banksy has frequently cited as an influence.

Del Naja has also stated on multiple occasions that he is close friends with the mysterious and elusive artist.

But this new theory, from UK investigative journalist Craig Williams, claims that Del Naja and Banksy are one and the same; a Tyler Durden/Narrator type situation. And the evidence he has to back that up is pretty convincing. 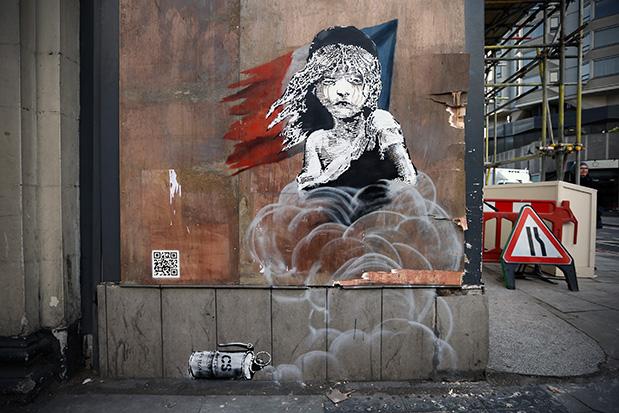 Williams plotted the movements of both Banksy and Massive Attack over significant periods of time, and the similarities are pretty apparent: On numerous occasions, wherever a Banksy portrait has popped up, a Massive Attack show has taken place in the same city either just prior, or very shortly thereafter.

The coincidences come as early as 2003, when the band toured out here in Australia. In late March of 2003, the band played a show in Melbourne. In early April, a Banksy artwork surfaced in the city.

From there, the research gets way more specific. On September 26th, 2006, the band played in Los Angeles. In October of 2006, Banksy’s much-talked about LA exhibition opened.

As Banksy’s popularity exploded, the dating of artwork appearing became more specific, making the coincidences even greater, and 2010 was a particularly busy year for both.

They performed in Toronto a week later on May 7th. On the 14th, more Banksy’s appeared.

Boston’s turn came later in the year in October, where Massive Attack played on October 19th, the same month in which Banksy’s ‘Follow Your Dreams/Cancelled‘ appeared in the city. 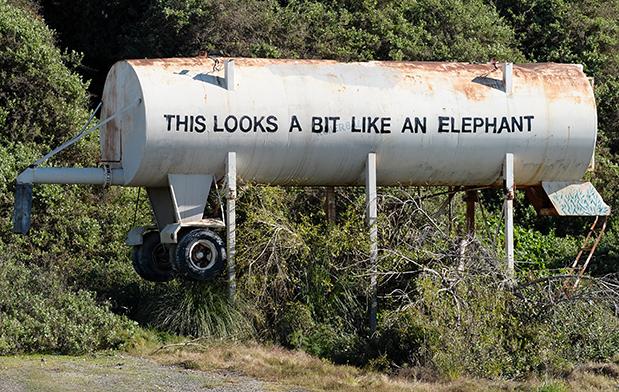 To that end, Williams’ theory states that, at least in 2010, “Banksy” was an art project spearheaded and curated by Del Naja that was executed by a street team that so happened to be following Massive Attack on tour as they traversed North America.

“What if Banksy is a group of people who have stencilling different locations both at home and abroad? Such a rich body of work done over a decade, across the globe, may allow for the suggestion.

A rumour exists from 2010 that his work that went up around North America was his work but were not necessarily painted by him, but rather by a street team that happened to be following the Massive Attack tour. And on analysis of his North American work, this makes perfect sense.”

For what it’s worth, Del Naja has denied rumours of him being Banksy in the past, stating he only painted on the street for three years. And Banksy, in typically anonymous media appearances, has forever claimed Del Naja was “too old” to be him. 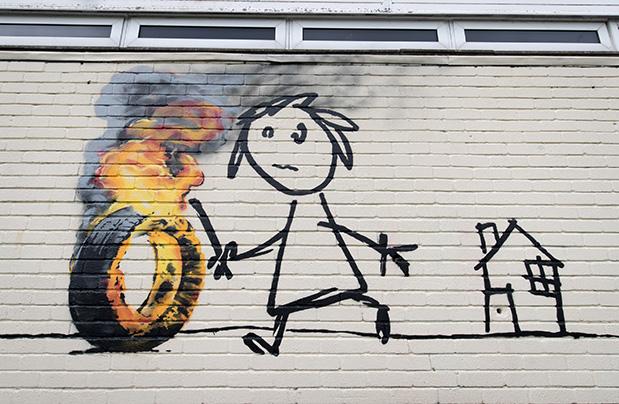 Nevertheless, the pair are intrinsically linked in a way few artistic identities ever have been. And Williams believes the “duo” is gearing up to strike once again in the time around Massive Attack’s hometown Bristol appearance tomorrow.

“Perhaps the assertion then that Banksy is just one person is wide of the mark, instead being a group who have, over the years, followed Massive Attack around and painted walls at their leisure. And perhaps, at the head of such a group we have Del Naja. A multi-disciplined artist in front of one the seminal groups in recent British music history, doubling up as the planet’s most revered street artist. Now that would be cool.”

“As for the timing of the news, I believe a new mural is highly likely to appear prior to or after the concert.”

It might have some semblance of truth to it. It might be utter nonsense. But the mystery of Banksy’s identity will forever be far more interesting than the actual truth.

And that’s kind of the whole bloody point, isn’t it.