Kanye West will release a limited run of scarves based on the artwork from his latest album through French boutique Colette this Monday. And we want one.

Yeezy was famously far from impressed when American chain Wal-Mart banned the initial cover of his My Beautiful Dark Twisted Fantasy , aka ‘Ye Tuning A Phoenix’. So rather then get angry, the man is getting even, by putting said material around trend-setters’ necks. The silk scarves which were designed in colaboration with Parisian design house M/M and George Condo, who painted the original album art. There will be strictly one hundred of each design made. 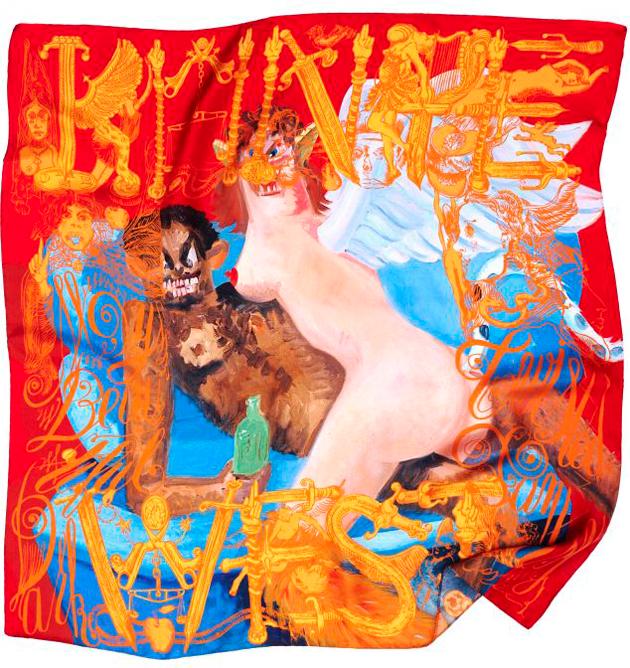 Everyone knows Mr West is a big fan of fashion. The man disappeared off the face of the map a while ago only to turn up interning at Fendi, wore a Celine jumper on stage at Coachella this year and has already got a pair of shoes (Air Yeezys) and a line of clothing (Pastel) to his name. Of course, this is some next level shit. You can see the other designs over at The Daily Mail, and start counting pennies, because these babies cost about $AU 350 each.

Damn Parisians, they have all the fun.