Hey everyone, here is the first look at the Arcade Fire / Spike Jonze collaborative short film Scenes From The Suburbs… And, sure, it’s only a poster but that is marginally better than nothing at all, right? But that’s not all. Courtesy of a microscope and some intense squinting we’ve also discovered that the obscenely talented Australian cinematographer Greig Fraser was enlisted by Jonze as Director of Photography for the shoot. He was the man responsible for the sumptuous cinematography in Jane Campion’s Bright Star, as well as for the artful, haunting American adaptation Let Me In.

Arcade Fire have said that the video for radio single “The Suburbs” actually serves as “some kind of trailer” for the movie, which you can revisit now. Full poster is underneath. 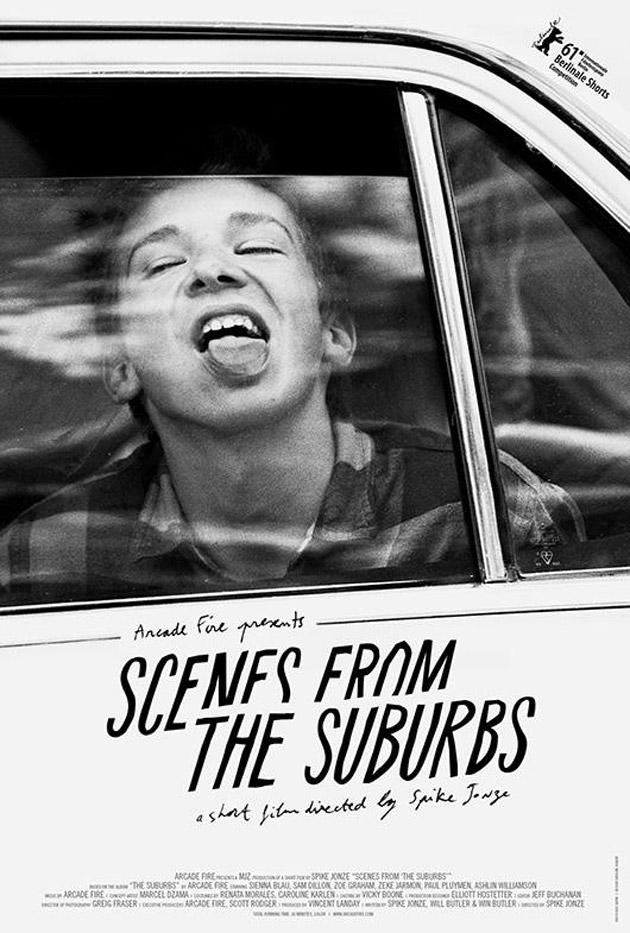 It’s hard not to get excited to a project with so much talent attached.