The Grammys serve to celebrate the best acts in music, but look, sometimes the things you hear away from the ceremony itself are even bloody better. PEDESTRIAN.TV was on deck today to catch all of the gravity-defying, scene-stealing, Lemonade-crushing action – and all of the swish afterparty goodness.

It was a time, pals. Rest assured Bey and Jay Z roll with a serious security complement who didn’t leave their side during commercial breaks, and you better believe they sat right behind ’em for the remainder of the show.

We also clocked Rihanna sippin’ from that beaut diamond-encrusted flask. Somehow, the pics didn’t do the scene justice.

Before even rolling into an afterparty at The Peppermint Club in West Hollywood, we caught a security guard block a lil’ French Bulldog and its handler from entering. An assistant piped up, telling the guard “oh no, wait, this is [Lady] Gaga’s dog.” The doggo was granted entry, because sometimes you’ve just gotta chill out with your pooch after crowd-surfing with Metallica.

Perhaps a lil’ more emphasis was placed on Gaga’s entry itself, and a flock of 50 phones were raised in her direction as she made her arrival. We suppose that’s to be expected, but damn if it’s not impressive in person.

That wasn’t the only ~ glam ~ entrance. Some bloke rolled through with impressive headgear, at which point we overheard “is that guy wearing a Vivienne Westwood hat? I hope he doesn’t run into Pharrell.” We’ll keep you posted on whether the ageless wonder is overprotective of his fuck-off-huge Stetson.

Inside, punters went off. Highlights include John Travolta having a full-on shimmy to Aretha Franklin’s Ain’t No Mountain High Enough – as you do, hey – and Rumer Willis treating herself to a boog on a Chance The Rapper track. TBH, that one makes too much sense, considering he just landed Best New Artist. 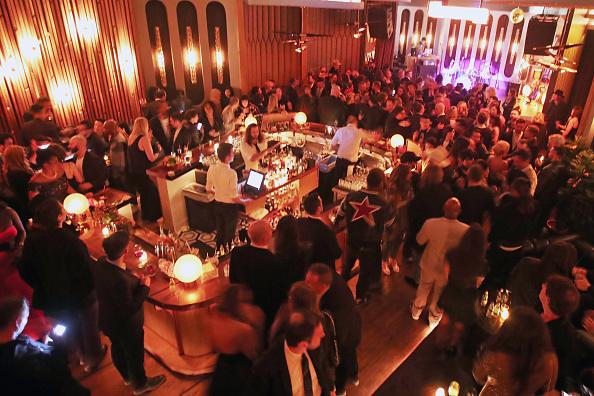 Even the random banter delivered. Example: in the bathroom line, a query of “what’s the best way to do coke when there’s a bathroom attendant inside?” was blurted out without a second thought. Similarly, “thank God, it’s an open bar. Last year, the afterparties were fucking cheap.”

We caught a glimpse of Diana Ross’ son Evan kissing wife Ashlee Simpson, before the fella himself pulled Yours Truly up to dance. An impromptu sashay with Ross to an acoustic performance from an up-and-coming Interscope Records artist was, uh, unexpected, but hey. HOLLYWOOD.

Not seen dancing: Lil Jon, who was heard chatting someone up, before directly asking his sidekick “is she 19?” Yeah. We’ll check back in next year to see if his estimate bumps up by twelve months. 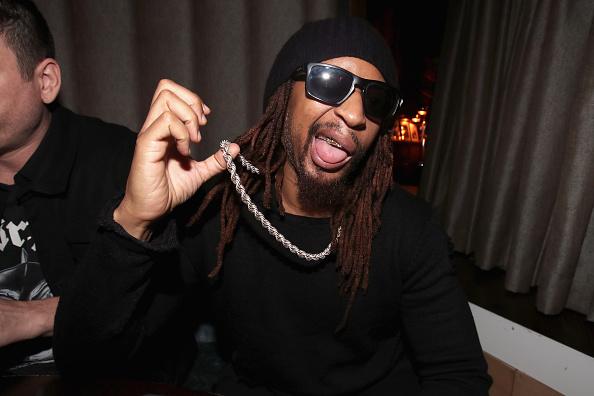 Until next time, Grammys – you crazy, luxe, dog-filled wonderland.

Special thanks to our m8s at Discover Los Angeles for flying us to the home of glitz and glam, L.A. If you’re booking a trip to the City of Angels, be sure to hit them up for all the best tips on what to see and do. You can do that right HERE.