There are so many fitness apps now, it’s practically impossible to try them all and figure out which ones actually work. I tried Apple Fitness+ for a month and it’s definitely one of the better and more user-friendly options out there. But before I get into Fitness+, I think it’s important to note what my relationship with fitness has been like over the years.

I used to avoid exercise like the plague. I was that person in high school who would fake getting my period so I could get out of P.E. My poor male teacher believed me, even though I was getting my period three times a month (bless him). That wasn’t even the worst excuse I came up with. On one occasion, I told my teacher that on the way to school someone got bitten by a snake (I live in Metropolitan Melbourne by the way) and I had to use my uniform to stop the venom from spreading. I didn’t get away with it that time…But I think you get the idea that physical exercise has never been my thing.

Fast track to 20 years old, I realised that my metabolism had slowed down and sitting on my ass was not a viable option. That same year I decided to bite the bullet and get a gym membership. I’ll be honest with you, I had a lot of anxiety around going to the gym. I remember giving myself a pep talk every time I walked in, because I was so terrified that people would look at me and laugh because I wasn’t using the equipment correctly.

Two years later, I became the very thing I swore to destroy – a gym junkie. At that time I was super consistent, averaging 4-days a week. My workouts consisted of mostly strength workouts, splitting my days between lower body and upper body sessions. But as we all know that pesky little virus fucked everything up last year, and I was back to square one again.

I tried many online workouts, going for runs and even yoga (which I hated). But nothing was hitting the spot like the gym.

Basically, this is just a really long-winded way of saying that I wish Apple Fitness+ had been around during these different points in my life. Look I’m not saying it’s a miracle, but it’s a great app to integrate into a fitness routine. If I had the app to show me the fitness basics when I started out at the gym, it would have saved me a lot of anguish. If the app was around in 2020 when I had no idea what workouts to try from home, it would have saved me a lot of time. 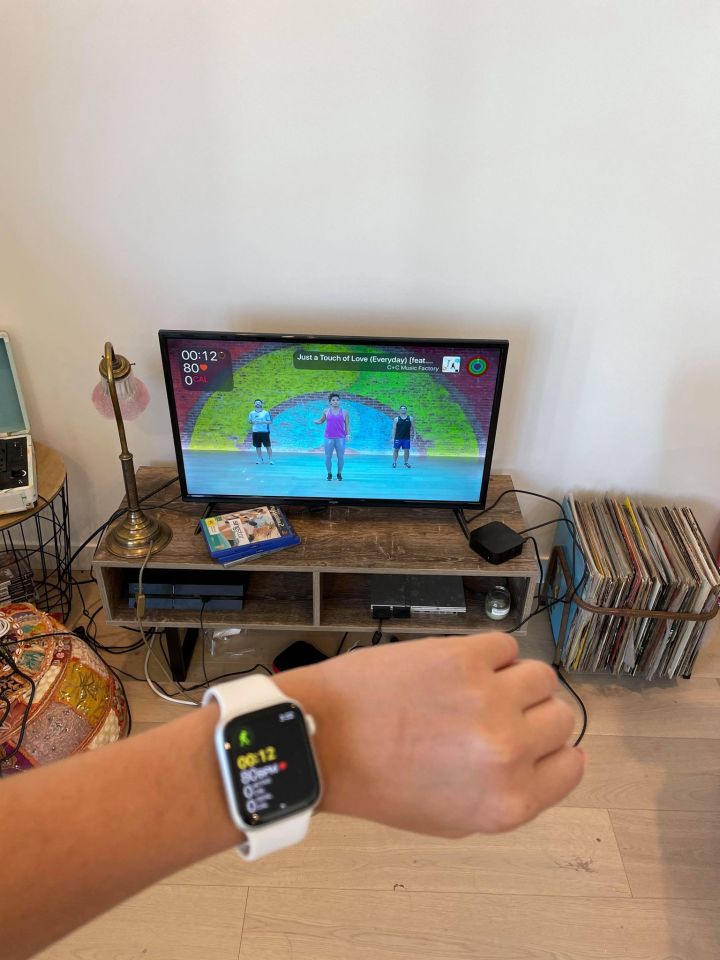 At the time of trialing the app, gyms had reopened in Melbourne, so I was able to use it at the gym, as well as at home. After a month, I have definitely noticed a difference. But I was integrating the app into an already pretty jam-packed fitness routine (I’m talking 4-5 days a week at the gym).

Full disclosure: I do not have rock-hard abs, but I definitely have a stronger core and it is bongo-drum worthy.

The best part about Apple Fitness+ was definitely the flexibility. The workouts range between 10 to 45 minutes, so it’s easy to add one onto your strength workout at the gym, or do a longer routine from home.

For the purpose of the review, Apple lent me an iPhone, Apple Watch, Apple TV and the Fitness+ membership.

What workouts are available?

DANCE!!!! These are so, so, so fun. If you used to froth a bit of Just Dance on the Wii, then this is your jam. You burn so many calories!! I wish Just Dance had the calorie counting feature, because I played that game literally all the time. 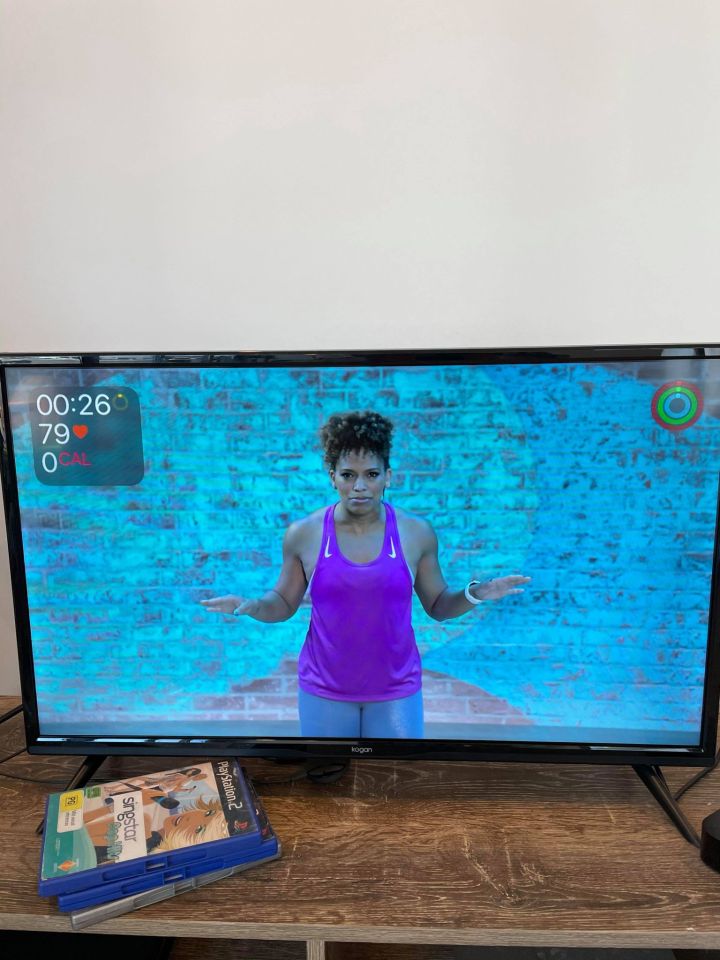 Core was a close second. It’s not as fun, so that’s why it’s not number one. But I definitely used this workout the most. I just found these were great add-ons for my strength routine at the gym.

I also loved the rowing, because you get so used to the momentum of the exercise it’s almost trance-like. It literally took me back to Earthcore 2016.

The music. Unfortunately there is no option to choose your own music, so you’re stuck with what you’re given.  Look I’m a massive snob, so I need MY music. If I wanted to listen to Party Rock Anthem by LMFAO, I’d go back to 2011. To be fair, I actually get around that song. But only under very specific circumstances, not while I’m trying to work out!

How will I use the app going forward?

As I said, these are great add ons for your routine. Would I throw away my gym membership and just use this? No. But in saying that, it’s a way cheaper alternative to joining an exxy gym, or a program like F45. All you really need is a $10 weekly membership to a gym, and this app.

For those starting out, get this before you spend money on the gym membership you probably won’t use. These workouts will build your confidence, and once you’re ready to go to the gym consistently, then you can start using the app to supplement your gym routine.

For instructions on how to get Fitness+ head here.