CONTENT WARNING: This article references eating disorders and mental health. If you are struggling, please call Lifeline on 13 11 14. If you are in immediate danger, call 000.

FIRST UP – yes, this yarn contains spoilers. Do not read ahead if you don’t want to know how a teen movie – the most predictable genre in existence, besides Taken which yes, is a genre in and of itself.

I watched Sierra Burgess Is A Loser over the weekend, you guys. I was bored on Sunday and it was right there in Netflix‘s trending flicks section, and I did a little click and poof! It started. Wild result.

Anyway. I adored To All The Boys I Loved Before hard, so I kind of wanted to see what Netflix would churn out next in terms of teen romance.

While I loved teen romances when I WAS a teen, it was rare that I felt represented. Look, I’m a white middle-class woman and I was a white middle-class teenager, so I’m well aware that in terms of a) socio-economic status and b) race I was more than represented in film and TV. But as a teenager, you’re acutely aware of how you look. Especially in comparison to everyone else around you. Hell, looks are basically everything in your teen high school bubble. And me? I was awkward, mildly overweight, had frizzy poo-brown hair and a face full of freckles.

In short, I was not the hot girl at school, and I was deeply, deeply aware of it.

Here’s where Sierra Burgess comes in, for me. Sierra, the titular character played by Stranger Things Shannon Purser (yep, Barb‘s back!) is NOT your usual teen film lead. She is absolutely the most “normal” teen representation I’ve ever seen – more real than Juno, even. The opening scene is designed to reflect this. We see her curvy frame. Her back pimples. Her freckles. Her hair, which while cute and cropped, is slightly frizzy and fine. 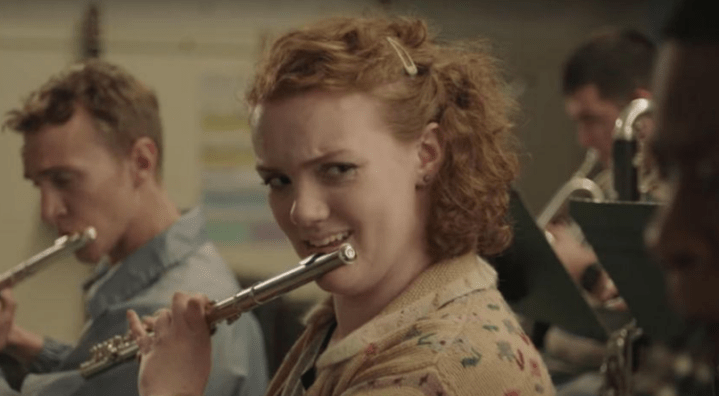 This part isn’t new. There are plenty of teen movies with lead characters who begin their film journey as ‘ugly ducklings’. She’s All That is the most ridiculous example I can think of – Lacey takes off her glasses, gets a cute haircut and BAM! She’s a babe. But she was a babe from the outset – she just wore art overalls and had unbrushed hair. Even the biggest moron ever could see she was still hot, if a geek.

Another example? 2015 success story The Duff. The premise was that Bianca, one of three best friends, realises she’s the “Duff” – Designated Ugly Fat Friend. Except Bianca is slightly curvy at best, she’s hot, and even if we are to accept that compared to her Victoria’s Secret model besties, she’s not smoking, she goes and gets a hot-girl makeover to get the guy anyway.

The point? In terms of popular teen flicks, no one’s EVER dared to give us a realistic example of an awkward teenager, and then have them maintain their appearance and interests while STILL becoming the hot lead guy’s girlfriend. But that’s exactly what Sierra Burgess Is A Loser does. And I fucking love it.

Sierra doesn’t begin as an ugly duckling before getting a makeover that turns her into the prom queen. She maintains her style (animal jumpers, loose cargo pants and sensible boots, a bit of an op shop vibe) for the entire film. She doesn’t get a fancy haircut or start wearing a ton of makeup. The closest we get to a makeover is head cheerleader Veronica plucking her eyebrows, and there’s barely a noticeable visual difference – the scene is more used to further their friendship, not “improve” Sierra.

Furthermore, Sierra doesn’t see herself as the ugly duckling – ever. At the beginning of the film, she owns her uniqueness, her intelligence, her humour. She’s absolutely aware she doesn’t look like the popular girls. But it’s not in this way where she feels the need to BECOME like the popular girls. She has this level of confidence that’s fantastic to see demonstrated on screen, without it being so inflated it seems unrealistic.

Like, she does have drops in self-confidence. She’s not immune to the pressure of body image and high school popularity, BUT she’s also not a slave to it. It’s reminiscent of Juno in this way – a slight outsider and her ups/downs, not a slight outsider who has the aspiration of becoming popular. 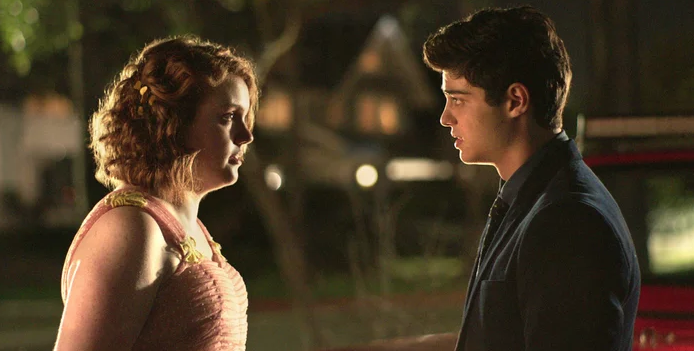 See, as someone who was an awkward teenager, I watched teen flicks as fantasies. This was entirely because I didn’t relate to the lead characters, and therefore I never believed I could find love without waiting for my ugly duckling phase to end. I was watching pretty people fall in love with pretty people, and while that was fun to do, it didn’t exactly boost my confidence.

This is problematic – teenagers, as we know, have long struggled with body image and eating disorders. A 2007 study from the University Of Sydney, for example, found that one in five teen girls either starved themselves or vomited up food as a means of weight control. Mission Australia‘s 2017 National Youth Survey found body image to be the 3rd biggest concern of young people, coming in well above bullying and depression.

One step in the right direction when it comes to encouraging a healthy body image and strong self-esteem, is offering representation for teenagers in the shows they watch and the films that are marketed to them. And we’re doing better – already we’ve seen LGBT+ characters become the norm, not the exception, in more recent films like Love, Simon and Shadowhunters. We’ve seen POC move from being represented only in the token sidekick roles to leads in Everything, Everything and To All The Boys. Obviously there’s still a hell of a way to go, but it’s a start.

Something that so far hasn’t really gotten off the ground though is realistic representation of body types. We’re still loaded up with these tiny, honed actor bodies teamed with perfect hair, perfect skin, ripped abs and perfect features.

That’s why I loved Sierra Burgess and why I wish a film with such a badass, relatable lead was around when I was younger. Because Sierra IS 15-year-old me. She’s awkward and ‘uncool’, she’s passionate about stuff and hovers on the outskirts of her high school’s social circles. 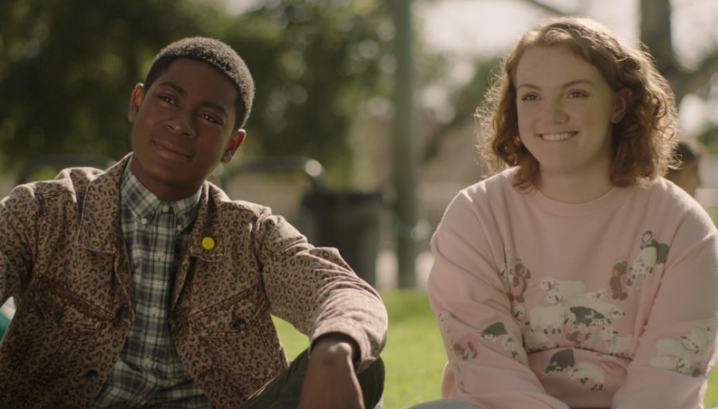 But even though she represents the majority of teens who don’t look like Prom Queens, who aren’t painfully cool at such a tender age, she’s also got amazing self-esteem – she still likes herself, sees value in herself. This is also important. Yes, the reality is that the pressure to look like super thin models and perfect film cheerleaders can lead to some horrific self-esteem issues. But seeing a not-model lead character embracing her uniqueness is something I could have done with as a teen who was so critical and down on myself. Maybe seeing someone inspect their body in the mirror (a superb opening scene) before saying to their reflection “you are a magnificent beast” would have made me more inclined to see myself in a positive light.

It’s not a perfect film. The dialogue can veer into One Tree Hill territory – yep, it gets a bit too adult-sounding to seem legit. The development of Sierra and mean girl Veronica’s friendship feels too easy considering Veronica was such a bitch to her for so long. But whatever – I think teen films can still suspend belief a little with their plot and their dialogue. I’m just stoked there’s a film that allows the awkward – ACTUALLY awkward – teenage girl to take the lead role, and then to find love without having to compromise anything about herself.

More of this, Hollywood.