A Deep Dive Into The Current-Day Happenings Of Tom From Myspace, The Face Of ’00s Social Media

When it comes to profile pictures, no image is as recognisable or sexy as Myspace Tom’s. The glorious flick – featuring an over-the-shoulder, look-back grin – has undoubtedly stood the test of time, creating its own legacy that has arguably surpassed that of the entire Myspace platform.

Despite remaining out of the public eye himself, Tom’s picture has remained on my timeline for over a decade, be it in meme form or a nostalgic homage. And whenever my brain thought it was time to forget him, the glorious snap would pop up once again – Nokia 6600 quality, chaotic whiteboard writing, cheeky smile – to remind me that it will never disappear. Ever.

So whomst is the guy behind a picture so famous that it’s deserved of being hung in the Louvre? 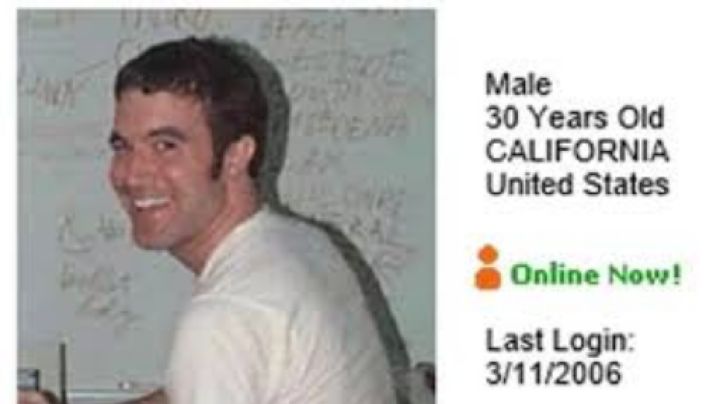 Tom Anderson co-founded Myspace back in 2003, alongside Chris DeWolfe. Known as the platform’s ‘first friend’, Tom was everyone’s first connection by default when signing up to the platform.

The site was eventually sold to News Corp back in 2005 for a humble $580 million USD. Tom eventually stepped down from Myspace President four years later, and, just like that, one of the most visited profiles in the planet quickly evaporated into the abyss.

Given that Tom yeeted from Myspace a whopping 11 years ago, you wouldn’t be blamed for questioning whether the whole ‘Tom from Myspace’ era was just one ravishing fever dream. Many have even speculated that he was a bot, as reflected by one of the most asked Tom-related questions on Google in 2020: ‘Was Tom from Myspace a real person?’

Now 49, and estimated to be worth $60 million USD, the former President has since retired and become a travel photographer in his spare time.

This love for photography emanated from a 2011 trip to Burning Man, of all places. “I took photos at the event and couldn’t believe that was coming from my own camera,” he’d explained to Architectural Digest. “I was hooked instantly.”

He still goes by Myspace Tom on his socials, accompanied by that glorious profile picture. In response to a hater remarking that he should get a new image back in 2012, Tom famously tweeted, “If I used a new pic it would break the Internet ; my pic has been viewed more than than the mona lisa bitch.” (The Mona Lisa has been real quiet since this post.)

He’s still a keen poster on social media, too, particularly on Instagram –  with over 610k followers, his grid showcases a plethora of scenic photography taken from his many travels around the globe.

Me and my friends paddled out to the Mokes — two islands off the coast of Lanikai Beach on Oahu! We got the whole island to ourself (well there was a monk seal) and my friend @aj_sjostrom captured the whole thing on @gopro! I mentioned last week that I'm getting into video — this all happened cause AJ showed me how to use these GoPros! I'm just learning but I want to do more! Thanks AJ!! Haha thats @jennleezy @tommyshih @weerdnaa @vincelimphoto @jessicafang @gribskee @coral808 all enjoying a little exercise with @koacanoes !! We all got at least 8.4% buffer after the paddle!! So fun ????????????

For Tom, career changes were inevitable. “If you knew me before Myspace,” he told ABC back in 2014, “you’d probably thought I’d have been a scholar teaching philosophy in a university my whole life. If you met me before college, you’d probably have thought I’d be a musician for my entire life.”

Although Tom stays behind the camera these days, it’s undeniable that his mug will remain the symbol of early 00s social media, top friends, HTMLS and Janet Jackson (the first song on my profile).

To the man who gifted us the greatest profile picture in existence, we bow to thee.

READ MORE
Are They Innocently Shit At Replying Or Just A Shit Person? An Inquiry