In these troubled times, folks are looking for spicy content to get their minds off the news and Stan-exclusive series The Bold Type did just that with its midseason finale.

In the ep, our girl Sutton (Meghann Fahy) finally gets hitched, marking the first ever Bold Type wedding which is a ‘yuge deal, but perhaps the crazieest storyline involved Kat, played by Aussie queen Aisha Dee.

This morning, I got on the horn to Aisha, who is currently hunkered down in L.A., to discuss the wild ep, plus what to expect when the season returns.

First up, we need to talk about that midseason finale. What was your reaction to reading the wild turn of events in the script?

Ever since the pilot episode, Kat’s been walking on the edge of almost losing her job.

She’s been the one that takes a lot of risks and it’s always in good faith and sometimes it guides her in a way that’s great and beautiful and sometimes it makes her a little reckless. But I love that she has such a strong sense of what’s right and what she wants to fight for.

So it makes sense that she’s out on her own now and trying to discover that confidence that she’s known for. 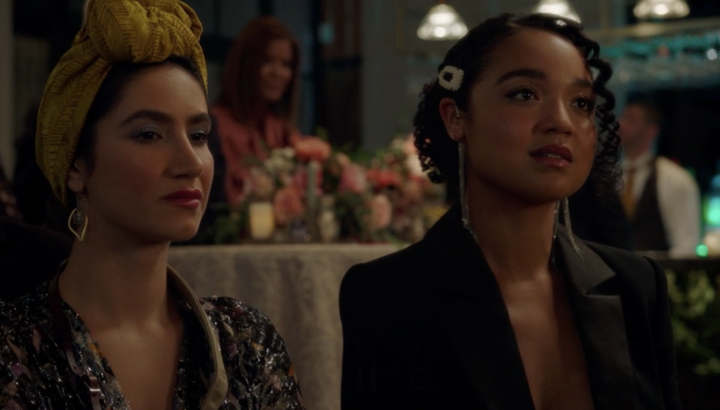 Your character in particular has always tackled the big issues with everything from immigration to gay rights.

I try to do as much research as I can and make sure that I’m educated on the things that we’re talking about and it’s definitely a really open conversation when it comes to the writing and creative team behind it and then the team in front of the.camera.

Everyone’s working together to try and tell the best story we can and I’m really proud of the stuff we’ve been able to tackle.

I also think there’s room to grow and room to be better but that’s kind of a metaphor for life, right?

For sure. And as a viewer, it’s so great to see these topics reflected on screen.

I think we get to see all of the characters, but especially Kat, make mistakes and learn from them and hopefully become a better version of herself.

And I think that’s what we’re doing with the show as well, some stories are better than others.

In the midseason finale, we had our first big Bold Type wedding! Was that fun to film?

It was a crazy day. It was so bizarre to have a wedding on the show, we’ve never done anything like that.

I hope we get more weddings, it was fun. We got to dance!

The show has such an active fan base and #TheBoldType was trending on Twitter as the finale aired. Did you notice all the fan responses?

I’m really bad with social media, and my phone in general, but when I have a moment, I like to jump on there. I love all the memes that people make.

I think it’s one of the great things about making content right now, especially TV because the response is live and it’s cool to see all the different responses and what resonates with people.

From what I could see people were loving the episode itself but I noticed the wedding dress wasn’t a crowd pleaser. But, of course, fashion is very subjective. What were your thoughts on the dress?

(hysterical laughter) I knew you were gonna ask about the wedding dress.

Um, I think that those comments are absolutely hilarious. I will say that Meghann is one of the most gorgeous human beings on the planet and she can pull off anything.

Oh yeah, she made it work.

She made it work, yes she did. And that’s all I’m gonna say on that. 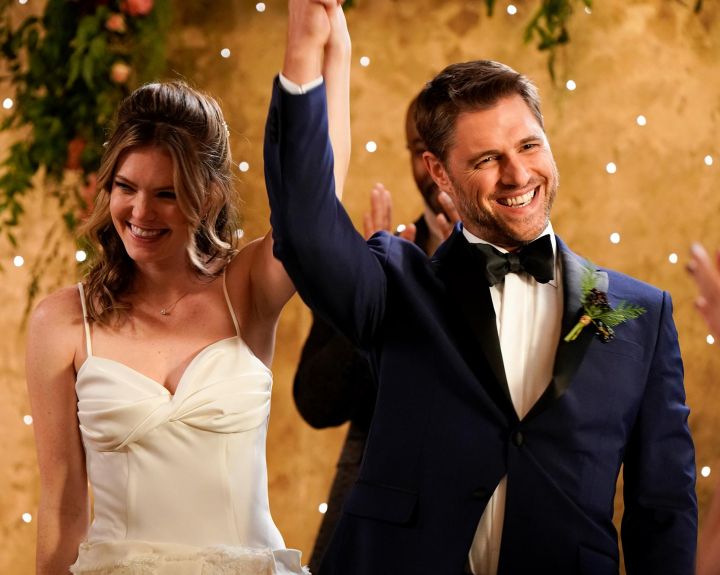 All the fans were saying the finale was incredible, they just hated the dress. But as I said, fashion is very subjective.

I think it’s actually really fitting ‘coz it happened so fast with people trying to pull the wedding together, so I secretly love it in a weird kind of way.

Kat’s unemployed now, can you give us a spoiler-free look into what to expect from the rest of the season?

Oh man, it’s so hard not to give spoilers. I would love to just tell you everything that happens.

It’s gonna be really interesting, I think that for a long time Kat has viewed her job at Scarlet as a way to define herself. Even when she was running for office, she was really scared to leave Scarlet and at the end of that season she was really terrified of leaving that part of herself. 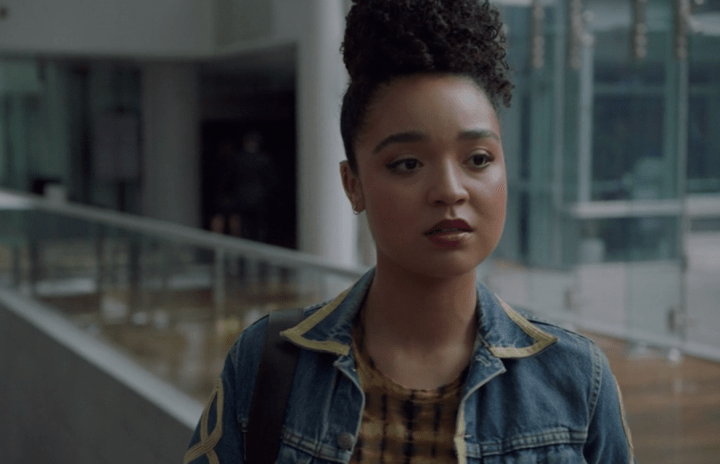 So you’ll see her slowly gain some confidence back, and also have a few missteps along the way and face that reality she’s managed to avoid until now, coming from a place of privilege. She’s gonna be taking a step back and also looking inward a little bit more as well.

It’s gonna be really interesting to see someone so confident have that chipped away a little bit.

Catch every ep of The Bold Type, including the wild midseason finale, on Stan now.