The Bachelors Recap: Give Felix’s Mum Her Own Show Where She Just Judges Everyone

I feel like we’re at the point with The Bachelors where we can safely say who wins, right? Like my predictions at this point, having watched HOURS of this goddamn show, should be pretty sound. Here goes: Jed? Alesia, no question, we barely know who Angela is. I just learned her name. Meditation Daddy? Gotta be Gondoleah if he’s proposing. Who is “Lauren”? But the wild card is definitely Felix.

Will he pick Jess even with all the flip-flopping about open relationships? Will he pick Abigail who he has shown zero interest in until two episodes ago? That’s the big question and he’s first up on meet-the-parents tonight. His mum is deffo a savage queen. Look at this harsh bob:

Here’s her face when Felix tells her about Jess’ other boyfriend, by the way.

Abigail and her friend meet them first. Felix takes Abigail’s mate aside and is basically like, “Abigail is polished, she knows who she is and makes me feel nurtured”. But then he tells us some blah blah Jess open relationship stuff that makes me think he’s gonna pick Abigail. But in that sensible wifey way. Which isn’t fair to anyone esp not Abigail.

We’ll see!! For now it all goes well because it’s Abigail and she’s not hiding secrets about who she wants to bone after the show.

Next it’s Jed and Alesia. They have like 14 relatives present, but Alesia’s Australiana dad isn’t so keen on Jed and his WILD and CRAZY tattoos! Not tattoos!!!

Jed’s like oh yeah I’m never home I’m travelling all the time with my band, and Alesia’s dad is concerned about this as he should be, because JED SHOULDN’T BE ON THIS SHOW because HE IS NEVER HOME.

Anyway, Alesia is fast becoming my favourite because she gets overwhelmed with all the heavy future talk, sits Jed down and is like – I do not want to get engaged at the end of this, what the fuck.

He does not love it. He actually hates it.

This is unhinged because Felix is a) 25 and b) has known this woman for less time than my old Pad Thai leftovers have been in my fridge. Thankfully Alesia isn’t bowing to pressure and tells us she’s not getting engaged just because she’s on The Bachelors.

Jed has to go let off some emotional steam by playing a piano moodily.

Then it’s time to meet Angela and her family. Or friends. I can’t remember because it was so boring I forgot about it immediately. All I remember is that afterward they sit down and Angela is like, I need to be honest with Jed, I must tell him the TRUTH. Which is that she’s falling in love with him. 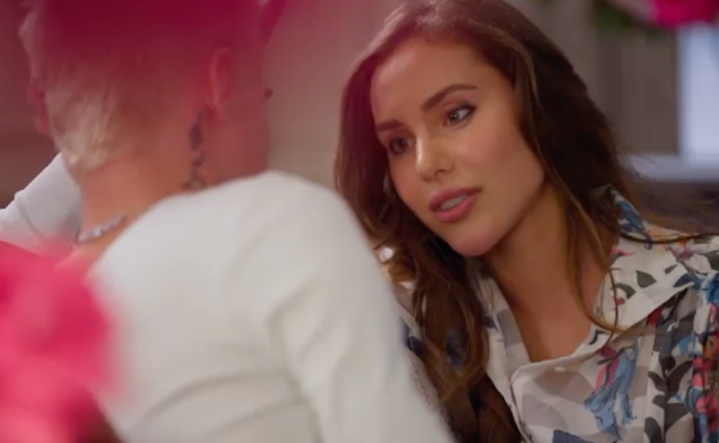 Chaotically, he tells her he’s falling in love with her too which is BREAKING THE RULES IN THE BACH UNIVERSE but okay Jed, you chaos machine.

Over to Meditation Daddy! Bet you thought he’d be all about Meet The Family but no!!! He tells us that he’s made his decision, he has no questions to ask, so all we get is him crying to his mum about how he’s met someone. Which is actually very sweet.

So yeah we don’t get ANY drama from Med Daddy. Back to Felix, who is now meeting Jess, Jess’ brothers and…. HAHAHAHAH DAMIEN!!!

Mummy Felix is not impressed because she is a judgy fox.

It’s all very blah blah, what is this “open relationship” you speak of. Damien is pretty good at explaining how things work to these Boomers, and Felix is also really mature about it all. It’s not like snipey bitchy nonsense, but Jess is clearly still so confused that it is starting to feel unfair on Felix. Who knew I’d feel sympathy for this man by now!

Then Damien and Jess trot off to chat and it’s all VERY emotional and romantic. You can really see how close they are and what a connection they have, which is a shame because Felix and the entire bar staff can too.

It goes down NOT well.

Felix sits down with Damien and Jess to hash it all out. He’s like, I can see your connection is stronger than I thought. Damien’s like, well obviously you fuckstick we clearly did this for the PR. Jess’ brother chimes in at one point with the very gentle advice that everyone stops interrupting each other and Damien rips his face off.

In the end, it comes down to Jess. Does she want Felix? Or Damien? Because Felix is not into her having both from this point on, and while he’s come around to the idea of non-monogamy, he wants to leave this show monogamous, at least for now. That means no Damien, but Jess is TORN!!

Anyway we end on a cliffhanger – Jess says she can’t make that call after all that’s gone on in the last hour. Sunday! The Bachelors Finale! Extravagant formal dresses! But also some behind-the-scenes beef and chaos!

Melissa Mason is a freelance writer, you can find her on Insta and TikTok.