Rosie O’Donnell has updated her Twitter profile picture to a mash-up of her face with Trump advisor Steve Bannon‘s and THIS IS HAPPENING, PEOPLE. 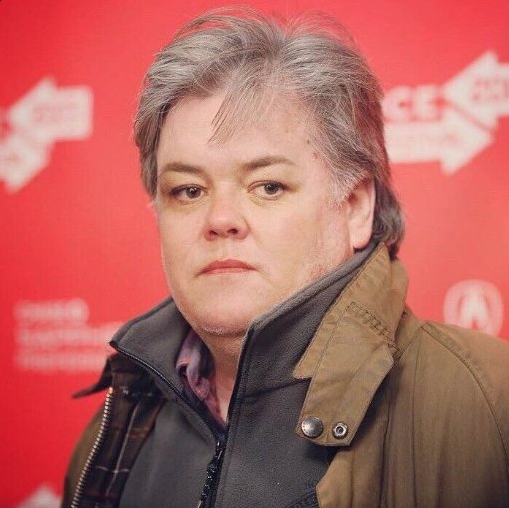 If that makes zero sense to you, let’s back it up a bit. Reports surfaced earlier this week that Trump was absolutely filthy over SNL‘s portrayal of Press Secretary Sean Spicer not because of the way it made fun of him, but because he was played by a woman (Melissa McCarthy).

Trump, very unusually, hasn’t said a word about last week’s episode, which insiders say is because he’s so uncomfortable about the gender-bend. He reportedly thinks it makes Spicer look “weak”.

“More than being lampooned as a press secretary who makes up facts, it was Spicer’s portrayal by a woman that was most problematic in the president’s eyes, according to sources close to him. And the unflattering send-up by a female comedian was not considered helpful for Spicer’s longevity in the grueling, high-profile job in which he has struggled to strike the right balance between representing an administration that considers the media the “opposition party,” and developing a functional relationship with the press.”

And which woman does Trump hate most in the world? Rosie O’Donnell.

Immediately after the reports, people began tweeting at Rosie O’Donnell that it was now her civic duty to impersonate white supremacist & top Trump advisor Steve Bannon, who millions fear is the real force/danger behind Trump’s presidency. (We’re not going to go into that too heavily, but you can read a bang-on explainer here.)

She tweeted that she’s keen…

…but this new profile pic is the icing on the cake, if the cake was a resume and the icing was a giant stamp that read ‘HIRE ME, SNL’.

This absolutely needs to happen. Not because “Rosie O’Donnell might save democracy”, as has been tweeted about a million times (c’mon guys) but because ‘SNL’ absolutely has to take on Steve Bannon and Rosie O’Donnell is the perfect comedian to do it.

SNL it’s time. Cast Rosie O’Donnell as Bannon, the world needs this. We will never ask for another thing again. pic.twitter.com/54jj62ZFni