After what feels like the longest January in history, on Friday night Taylor Swift finally released her extremely anticipated Netflix documentary, “Miss Americana”. And boy did it deliver.

Covering everything from politics and social media to eating disorders and her notoriously private relationship with Joe Alwyn, the doco didn’t shy away from any difficult topics. With so much going on, I wouldn’t blame you for missing some of the smaller details.

Here are some of the little details I picked up on.

A large portion of the film documents the process that went into writing, recording, and producing Taylor’s most recent album, Lover. In an early recording session of “ME!”, she sings lyrics off a note she’s written on her phone. But eagle-eyed fans might have noticed that her original lyrics – ”I know I said some bullshit on the phone” – are different to what actually ended up on the record: “I know that I went psycho on the phone.”

There’s a scene in Miss Americana where Taylor is lying on a couch typing something into her phone. If you zoom in real close, you can see her most used emojis. There are some pretty random ones in there, including the no smoking sign, the purple crystal ball, and – if you really squint – the yee haw cowboy emoji. Country Taylor riiiiise.

Taylors most used emojis…. when you say yee I say haw…. pic.twitter.com/DbyNxTiX68 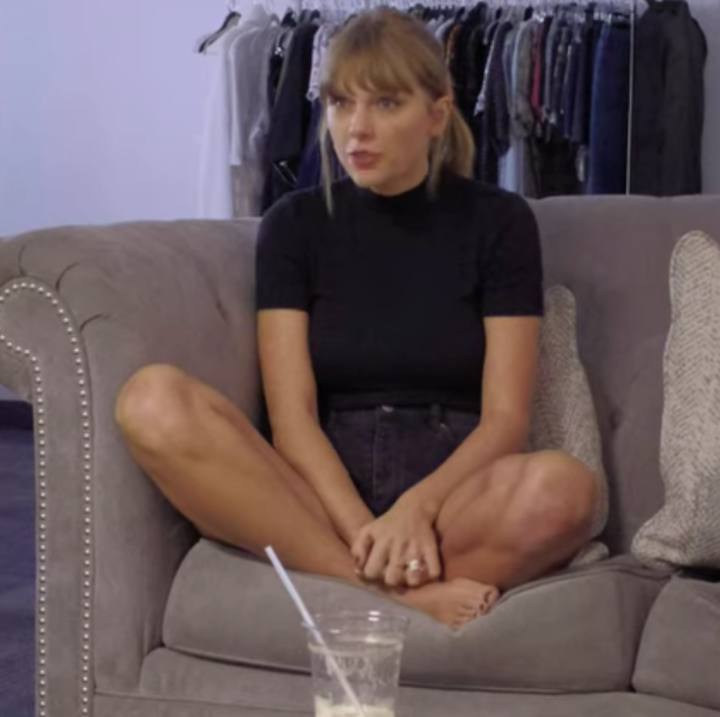 Fans have been going wild on social media since Miss Americana dropped, because in a couple of scenes it looks like Taylor’s wearing an engagement ring. It’s pretty unlikely that she’s actually engaged, especially as those videos were filmed back in 2018. Plus, if you zoom in on the ring… it kinda looks like a cat. In fact, it’s the same ring that she wore during a meet and greet after a show in October of 2018. (Though tbh, we wouldn’t be surprised if she actually had a cat on her engagement ring.)

While Taylor is talking about winning the Grammy for Album of the Year back in 2016, she remarks about how she was at the top of her game, but had no one to share it with. “I got to the mountaintop… but I didn’t have a partner that I climbed it with, that I could high-five. I didn’t have anyone I could talk to. I just wondered, shouldn’t I have someone that I could call right now?” It’s pretty interesting to note that she was actually still dating DJ Calvin Harris at this point. Lol I guess she forgot that he existed. But honestly, I probably would want to as well. 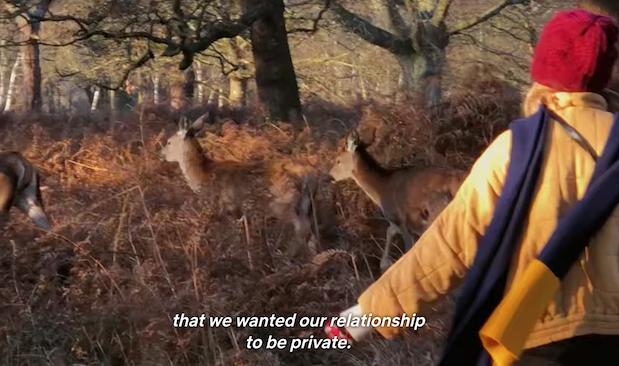 Although Taylor mentions her long-term boyfriend Joe Alwyn a couple of times, we don’t see much of him during the documentary. There are a few short snippets of footage where we see Taylor walking through a park in wintertime, and approaching some deer. If these shots seem a little familiar, it’s because they were featured in her “Lover” lyric video along with some other home movies from their relationship.

Similarly, there’s shot in the film where she’s singing her Reputation track “Call It What You Want” on guitar while Joe records it on his phone. We actually saw some of this footage a couple years ago, Taylor posted it to her Instagram story when she released the song as a teaser for the album.

The scene where Taylor runs backstage after a show to hug Joe was actually the first night of the Reputation tour – the first show she played since the #TaylorSwiftIsOverParty. There’s fan footage from the same night of Joe watching her up on stage while singing “Gorgeous” and pointing to him. 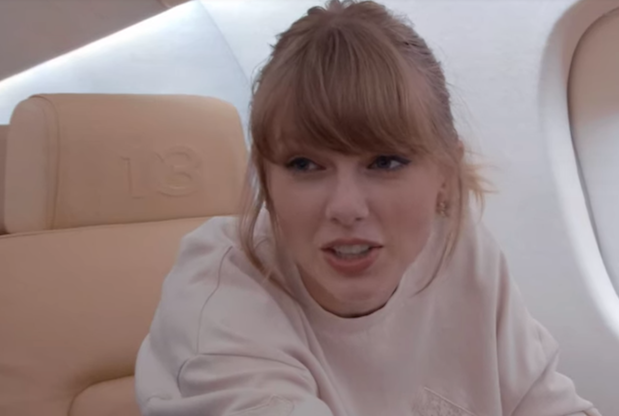 In the scene where Taylor and her mum are on their private jet, you can see a “13” embroidered on her seat. Taylor’s always been pretty extra about her love for her favourite number, even naming her company “13 Management”. Another little tidbit to note from this scene is that Taylor’s wearing a Fenty x Rihanna shirt.

The documentary opens with Taylor at home, going through her old childhood diary entries. If you look closely, you’ll see post-it notes marking some of the pages. This scene was probably filmed while she selected the diary entries that were scanned and included in the deluxe edition of her album. A month before the album dropped she showed some of these same journals during an Instagram Live. 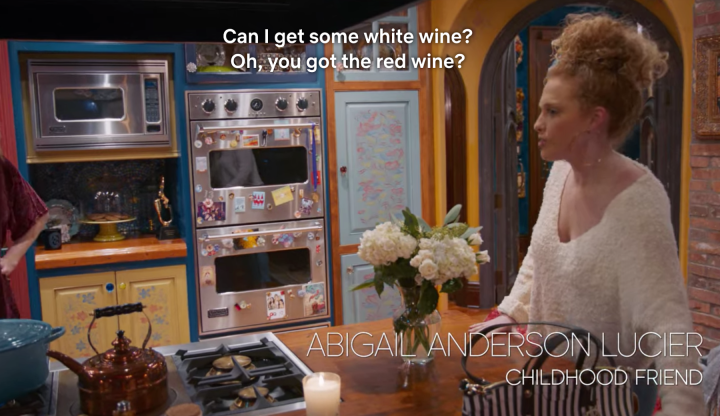 In the Miss Americana scene where Taylor cooks dinner for her childhood friend Abigail, you might notice that her kitchen decor is pretty, uh, unique. It’s in her Nashville condo which she decorated back in 2011 and hasn’t really changed since. It has a koi pond, a human sized birdcage with a brass telescope inside, and a ceiling painted like the night sky. I guess that’s the kinda decorating that happens when you have millions of dollars in your early 20s and have free reign on an apartment.

And finally, a pretty wild revelation from this documentary was that Taylor had never had a burrito until she was 26. What??? I guess that kinda explains why she once gave a fan $90 to buy a Chipotle meal… she just had no idea how much a burrito should cost.

Miss Americana is now streaming on Netflix – if you notice any other details we’ve missed, let us know!