It was an average Saturday arvo for me when I started watching The Queen’s Gambit on Netflix. I swear I was only going to watch the first episode, but hours later – I’m talking 3am – I finished the entire series and just sat there, totally blown away. Chess. Chess? Chess. I needed to know more: is chess still as big as it was back then? Do I even remember how to play? Can I take a class? And that’s when I came across the Melbourne Chess Club.

Sulia Van Sebille, 15, is a member of the Melbourne Chess Club (MCC) in Fitzroy. Players of every level are welcome there, so it’s the perfect place to scope out the game, even if you really, really suck… like me.

The chess scene in Melbourne is pretty active, according to Sulia. There are two big chess clubs – the MCC and the Box Hill one. You could consider them rivals, but a lot of people play at both clubs.

The MCC building is hard to miss. It’s right off Brunswick Street and absolutely adorned in (chess) street art. It’s exactly the sort of building you’d expect to find in, well, Fitzroy.

Sulia learnt how to play chess from her dad when she was just eight years old. Not long after that, she entered her first competition.

“Chess is nerve-wracking and exciting,” Sulia told PEDESTRIAN.TV. “It’s challenging and fun, and it keeps me interested.”

Five years later, when Sulia was 13, she flew to Greece to compete in the FIDE World Youth Chess Championships. As you do.

FIDE is the Fédération Internationale de Échecs, or International Chess Federation in English. It’s the real deal, or what you end up Googling after inhaling The Queen’s Gambit. 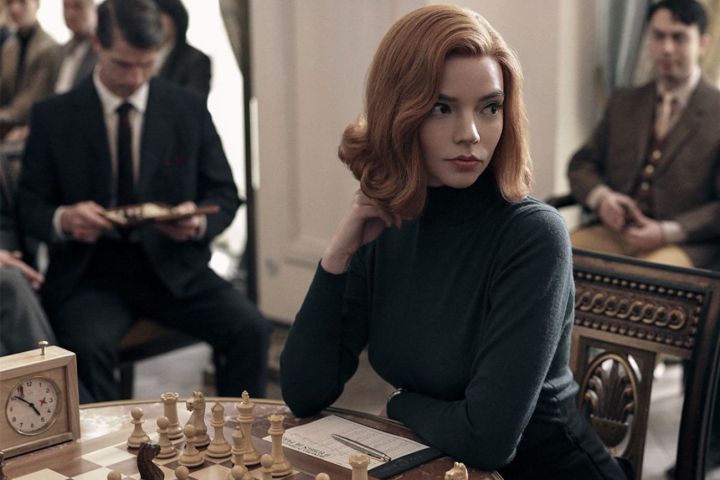 The Queen’s Gambit premiered on October 23, and instantly dominated Netflix. The limited series, based on the 1983 novel by Walter Tevis, focuses on a young Beth Harmon (Anya Taylor-Joy) as she discovers her astonishing talent for chess, while battling addiction.

The series spans a number of years, taking Beth around America and to Paris and Russia, to compete in a string of major tournaments.

You could liken the series to other sporting films and TV shows, in the way that it depicts the (very satisfying) evolution of an amateur player to a highly skilled one, including all the training in between.

According to Netflix, The Queen’s Gambit made the Top 10 list in 92 countries. It achieved the #1 ranking in 63 countries, including Australia, where it sat on the throne for two solid weeks.

“It was very cool to see it [on Netflix], because I can imagine other people watching it who aren’t chess players,” Sulia said.

And its effect speaks for itself.

Inquiries for chess sets on eBay are up 250%, while toys and games juggernauts, Goliath Games, has recorded a 178% increase in sales over the same period last year.

While the series is largely to thank for the resurgence of chess in popular culture, it isn’t the only reason for it.

Titled players have been streaming matches on Twitch all year, including US chess champion Hikaru Nakamura.

At 15, he became the youngest American player to earn the title of grandmaster from FIDE. The title is given to chess players of a ridiculously outstanding level.

Shoutout to the big streamers who've discovered chess. Some do it once or twice, some every single stream. Some are casual visitors to our game, some are becoming obsessed. Streamers like @xQc @BoxBox @voyboy @Papaplatte @Yassuo @nymnion Chess thanks you for all the new fans.

Nakamura frothed The Queen’s Gambit, too.

#QueensGambit is, without a doubt, the best portrayal of both the chess world and game that I have ever seen.

“A lot of people have mentioned The Queen’s Gambit to me,” Paul Dunn, Archivist of the Australian Chess Federation, told me.

According to Paul, one man in the ACT even entered a tournament for the first time after watching the show.

“[The organiser] had to explain to the player that what he saw on the TV show was dramatised, and that he was not allowed to talk to his opponent during the game,” Paul said.

Per FIDE, you aren’t supposed to speak to your opponent during tournament games. Frankly, it’s “forbidden to distract or annoy the opponent in any manner whatsoever.”

I also asked Paul about ratings.

“Statisticians have worked out a system where you can figure out someone’s rating after he or she has played nine games against other rated players,” Paul explained.

“FIDE ratings start at about 1000 and go up. Theoretically, there is no limit, but no one has yet broken the 2900 barrier.”

To get a rating, you need to play against nine rated players in an official event.

There are different ratings as well: international, national, and online.

You don’t necessarily need a rating to join a tournament though.

“If an event is classified as an open event, it is open to anyone, whether rated or not,” Paul explained, hence the man in the ACT. 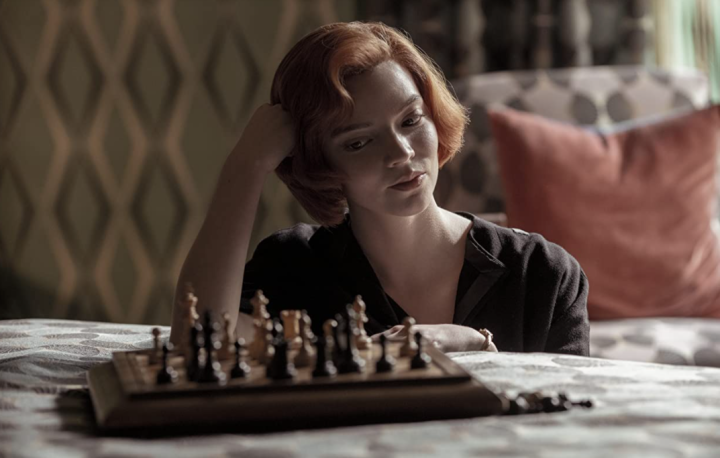 Before COVID-19 struck Melbourne, Sulia took advanced lessons at the MCC. There are beginner classes too, no stress. But if you would like to know what advanced students do, think: puzzles on strategy, tactics, and endgame.

Sulia’s training isn’t just limited to class though. She also thumbs through chess books and studies past games with her two coaches.

“When I play a chess game, even a short one, I’ll analyse it myself and see what I did wrong,” Sulia said. “I’ll show it to my coaches, and they’ll have feedback. Then from there, that takes me to things I need to work on.”

At the end of our conversation, Sulia told me she’s looking forward to playing tournaments again, face-to-face. Her current rating is around the mid-1500s, and she’s hoping to bump that up to 1800 next year. After that? Maybe the FIDE Junior Olympiad, which is basically chess olympics.

So if you’ve suddenly got a hankering for chess, you don’t need to look as far as Paris or Russia. In Melbourne at least, all you have to do is drop by Fitzroy.