Have you been seeing rumblings on social media about a photoshopping scandal involving ex Real Housewives of Melbourne stars Lydia Schiavello and Chyka Keebaugh?

Well whether you have or you haven’t, lemme give you the rundown of WTF is going on because, much like the spicy reality show, the drama can be hard to follow.

It all started when OG Real Housewives of Melbourne star Lydia Schiavello, who recently announced her departure from the series, shared a throwback piccy from 2014 that featured several other cast members, including Pettifleur Berenger and Janet Roach. 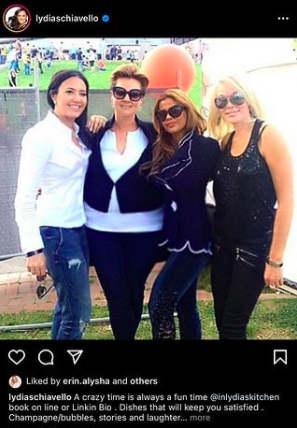 Fans immediately noticed that something wasn’t quite right with the photo and they asked Lydia (far left) if the pics had been photoshopped as it appeared that Chyka’s body (the second from the left) had been morphed.

“It’s an old photo from season 2, no photoshop,” Lydia responded to a fan who questioned the pic. “I wouldn’t do that after being fat-shamed myself.” 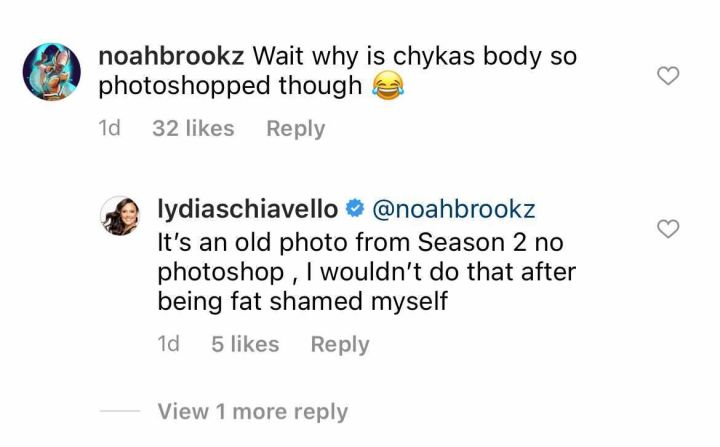 She shared the same response to another fan who questioned her: 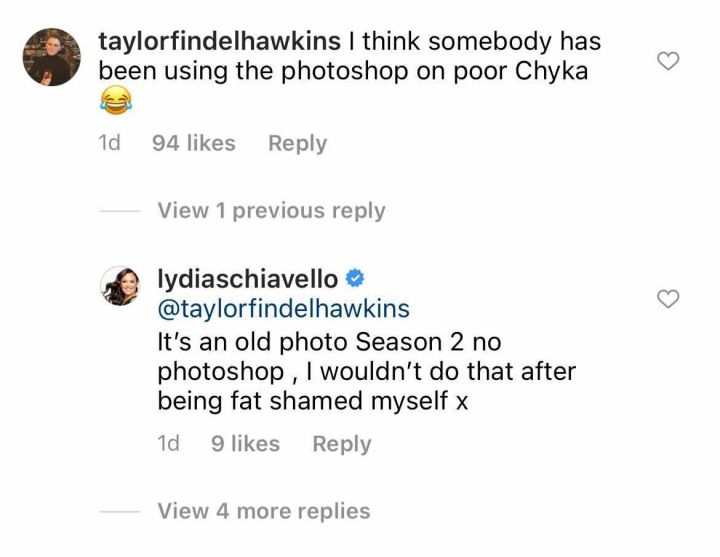 Before long, fans had found the original photo (see below via the So Dramatic! podcast) and it appeared that the photo had indeed been photoshopped:

While Lydia continuously denied that the pic had been photoshopped, Chessie Keebaugh, the model daughter of Chyka, slammed her mum’s former co-star on her Instagram Story.

“A grown woman posted this yesterday,” she wrote.

“But I actually woke up incredibly mad that in 2021 a woman went out of her way to bring another woman down. Yes, it’s my mother, but taking a step back from that.” 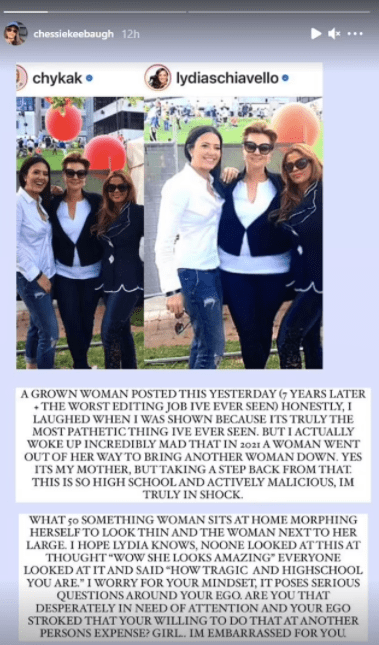 “This is so high school and actively malicious, I’m truly in shock. What fiftysomething woman sits at home morphing herself to look thin and the woman next to her large?” she continued.

“I worry for your mindset. It poses serious questions around your ego. Are you that desperately in need of attention and your ego stroked that you’re willing to do that at another person’s expense? Girl… I’m embarrassed for you.”

In a subsequent Instagram Story, she revealed that Lydia responded to her drag with a laughing emoji. 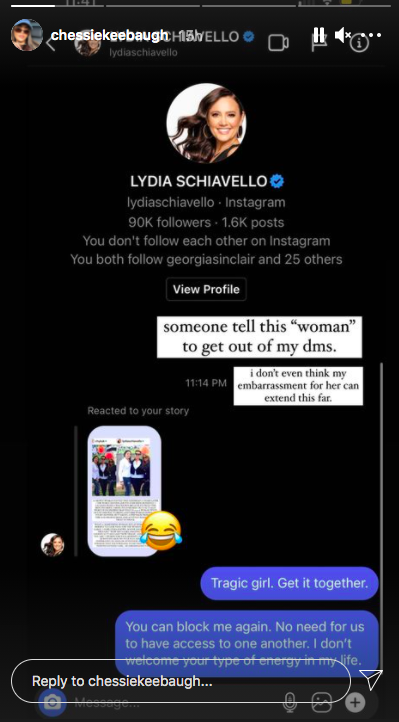 “Tragic girl, get it together,” Chessie responded to her in her DMs. “You can block me again. No need for us to have access to one another. I don’t welcome your type of energy in my life.”

Her mother, Chyka, shared the original message that Chessie sent to Lydia on her own Instagram Story and wrote, “I actually wasn’t going to comment on the following photo, however I have had so many people message me about it, I decided I would.”

She added, “What is the point in pulling another woman down? I’m all about positivity, empowerment and raising women up.” 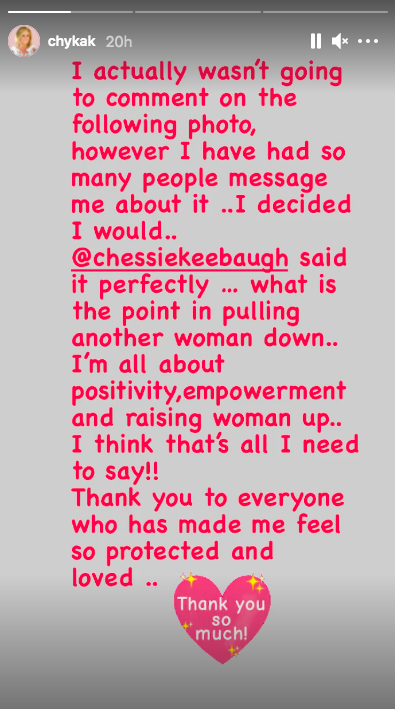 She continued, “I think that’s all I need to say!! Thank you to everyone who has made me feel so protected and loved.”

Lydia has since deleted the photo and apologised to Chyka on her Instagram Story.

“I was sent many old photos of previous seasons of #RHOM. I thought this was a great photo of us all and it’s something we can’t do now,” she wrote.

“It was never my intention to offend anyone.” 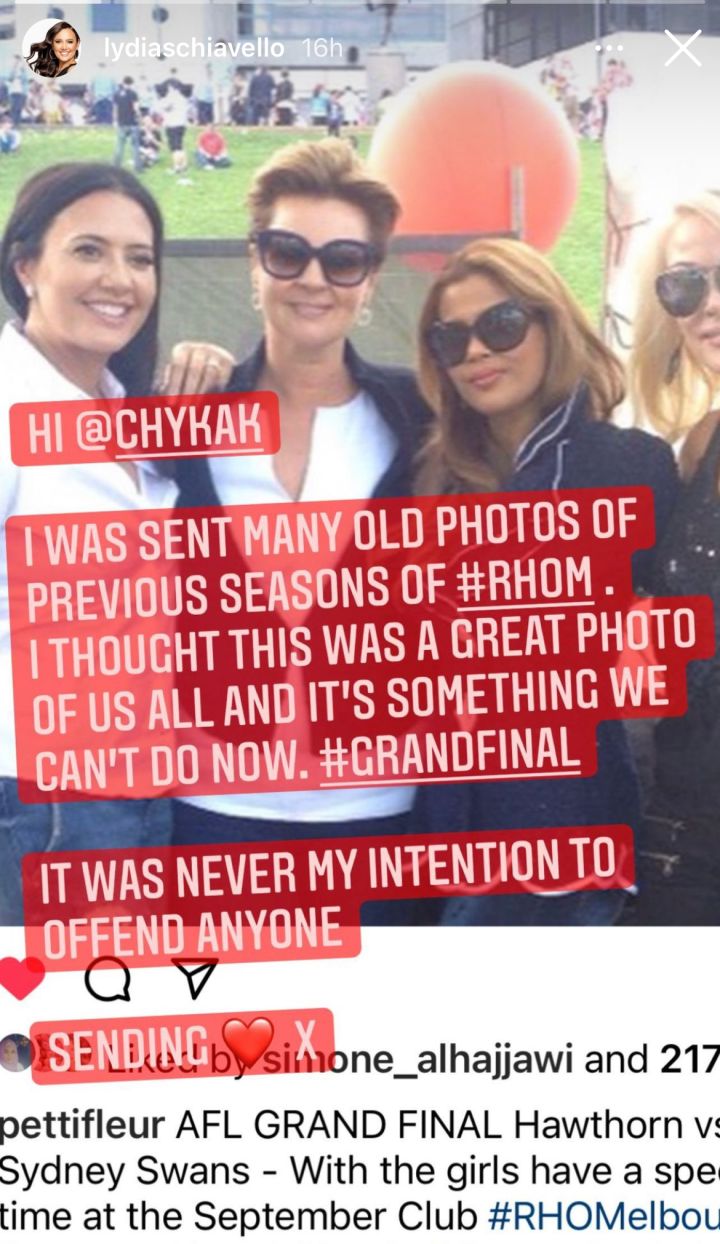 In her next Instagram Story, she wrote: “Last post deleted, my apology to all,” before adding: “After being fat-shamed, I would not do that to anyone.” 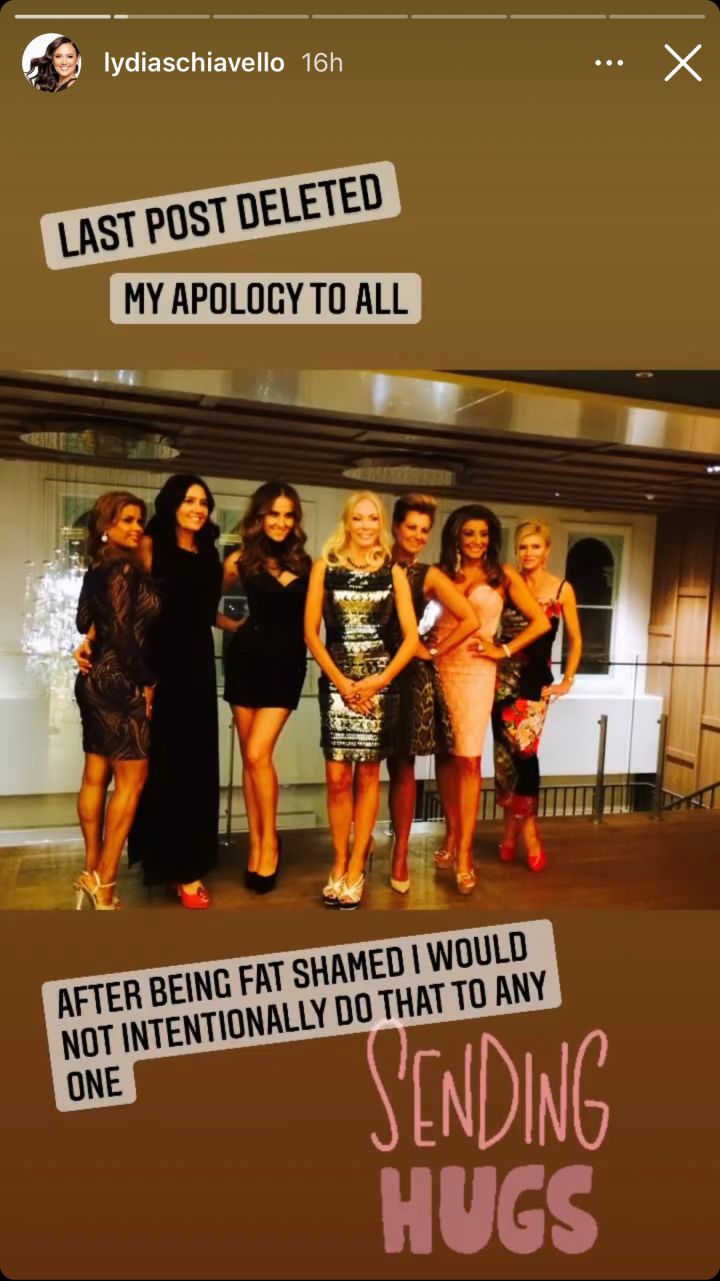 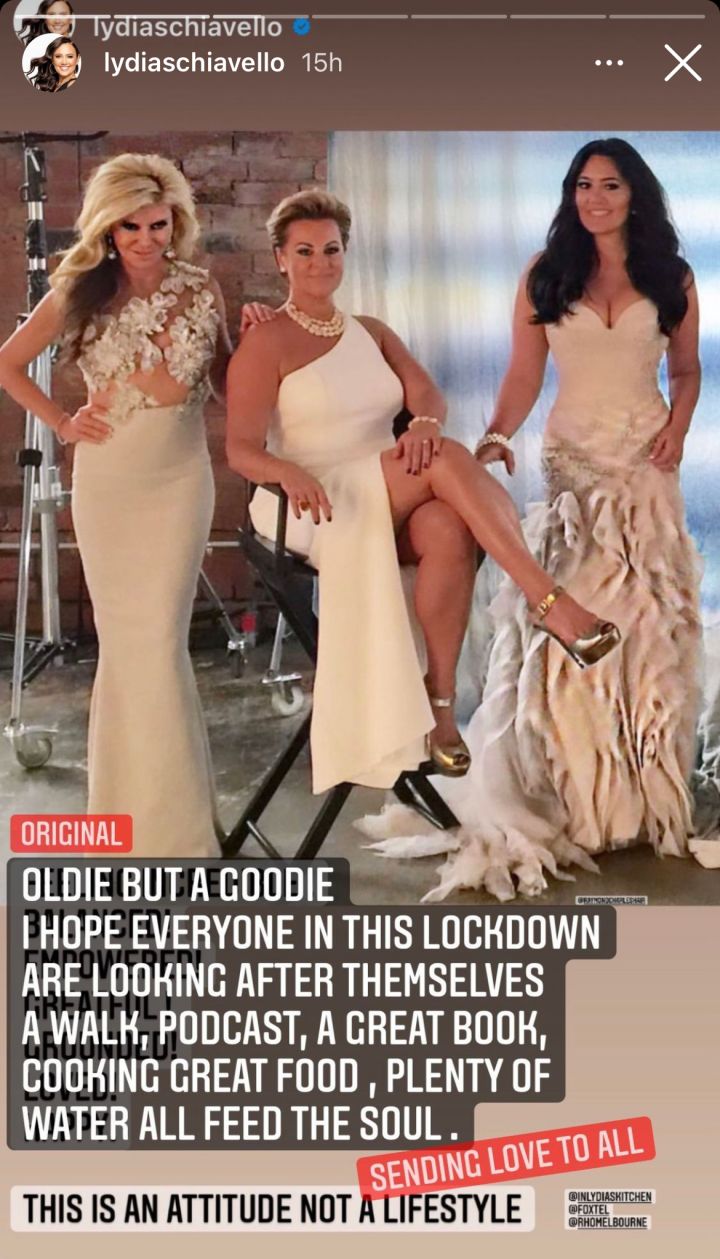 Lydia Schiavello was mysteriously absent from the cast announcement, while Chyka Keebaugh walked away of own accord several seasons ago, and it’s been teased that she will return as a friend.

I leave you now with this tweet that I shared yesterday:

Real Housewives of Melbourne season 5 is coming soon to Foxtel.