After the announcement and immediate backlash of Jameela Jamil‘s involvement with ‘Legendary’ – a new HBO Max reality show about ballroom culture and voguing that’s essentially ‘Drag Race’ but for serving face, duck walks, and death drops – she’s publicly come out as a queer woman on her Twitter.

Titled ‘Twitter Is Brutal’, Jameela candidly explained why she had never fully come out as queer on a public level, knowing full well that the volatile nature of social media would be painful, and she feared “being accused of performative bandwagon jumping.”

In a three-page note post before she said she was “jumping off this hell app for a while” (I feel that), Jameela recognised her privilege as a well-known actor and said that she wanted to use her celebrity to help make the show as successful as it can be.

Noting that this is not the way that she wanted to come out, she talked about how she didn’t come from a family where people explicitly talked about the fluidity of sexuality. She also said that even just being a woman of colour in her thirties in the acting industry makes it daunting to talk about sexuality as well.

She also challenged the official announcement from HBO that she is to be the show’s MC and host, and said that she’s actually going to be a lead judge on the show’s panel – alongside Megan Thee Stallion, stylist and Next Top Model judge Law Roach and vogue legend Leiomy Maldonado (who you might have seen at Sissy Ball in Sydney.) Noted King of Vogue Dashaun Wesley is tapped to be the show’s commentator.

Jameela also recognised that she’s not a part of the vogue and ballroom scene at all, and hopes to instead be a window of access to others who will be encountering Ballroom and vogue for the first time, which is likely a response to the tweet from actor Trace Lysette, who also interviewed for the judging panel.

Lol.. I interviewed for this gig. As the mother of a house for nearly a decade it’s kind of kind blowing when ppl with no connection to our culture gets the gig. This is not shade towards Jameela, I love all that she stands for. If anything I question the decision makers https://t.co/kJleDihn02

We’re not sure how long Jameela will be away from The Hell Site known as Twitter for, but when more information comes out about the upcoming show – which sounds fucking incredible, if you ask me – we’ll let you know. 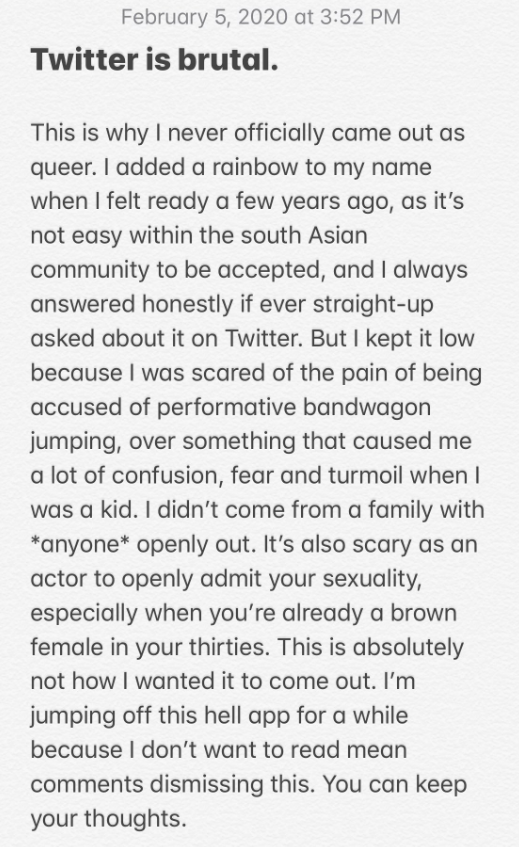 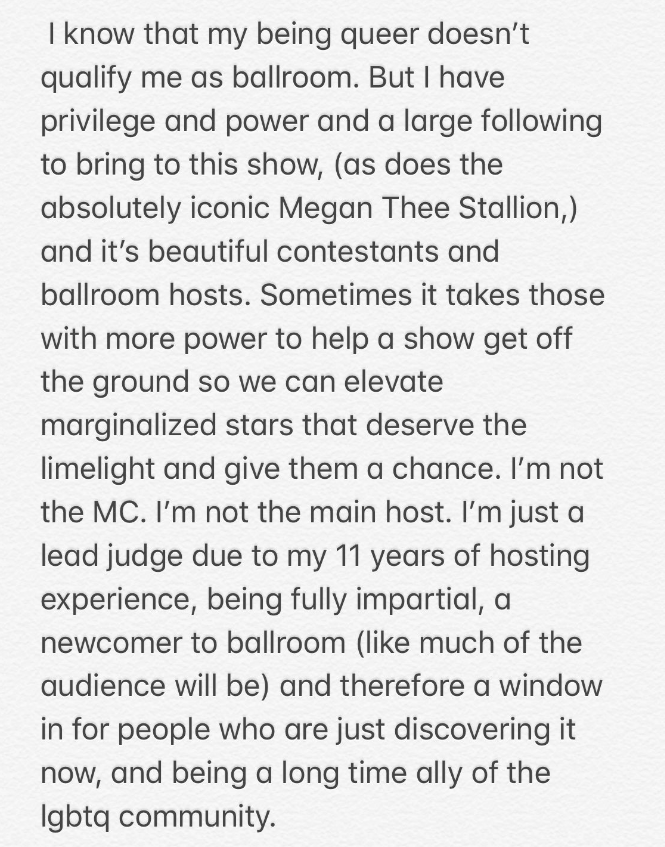 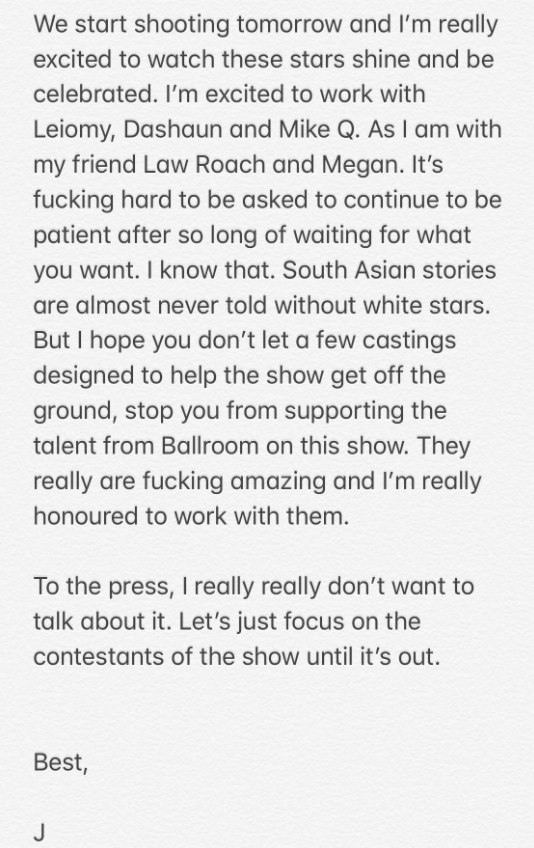