As you probably heard today, Kim Kardashian celebrated her new Bae fragrance by sending a bunch of them to every single person who’s ever crossed her.

See all those names in blue on the left? Bam. Shaded. 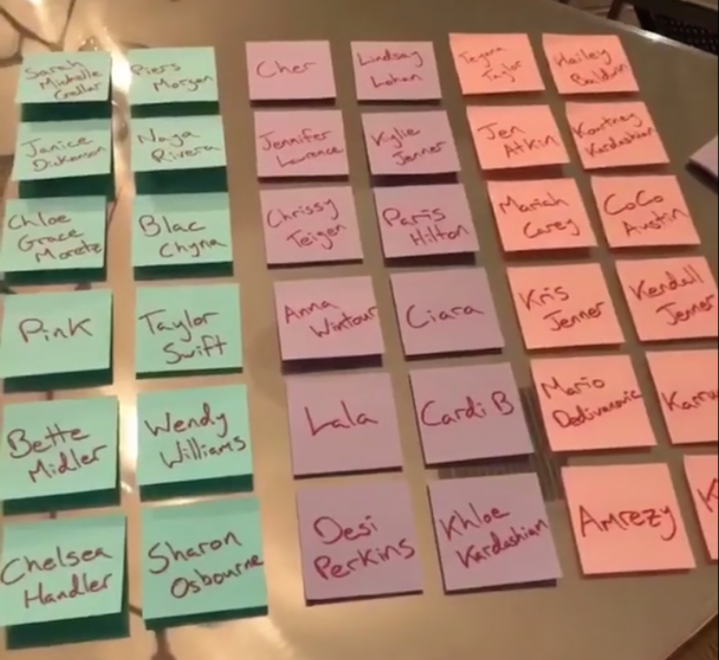 (Side note: HOW, I ask you, does Ryan Murphy not have the television series Feud: Kim Kardashian vs Everyone in the works? This is ripe for it.)

If some of the names in Kim’s Post-It Burn Book confuse you – Sarah Michelle Gellar??? – then let me break this down.

Do I really have to go here? This feud is well documented, including on this very website. Miss me with your innocence.

The worst man on UK television (and arguably the world) has an opinion literally every single time Kim shows some skin, and they’re never good. I’m also convinced that Piers Morgan regularly searches for his own name on Twitter, because he always comes in to snidely retweet anyone criticising him with the speed of lightning.

Blac Chyna – who has a baby with Kim’s brother Rob, and also used to date Kylie‘s ex, Tyga – sued the Kardashian-Jenner family for supposedly forcing her and Rob to break up. Last year, she filed to remove every single name on it except for Kim Kardashian. (The whole Blac Chyna vs the Kardashian-Jenners is long and complicated, but the family have never been that happy with her, anyway.)

In 2014, Anna Wintour made headlines – literally – when she put Kim and her soon-to-be husband Kanye on the cover of Vogue. It was the dawn of a new age in Kim Kardashian, taking her from socialite-turned-reality-star to proper, bonafide celebrity. 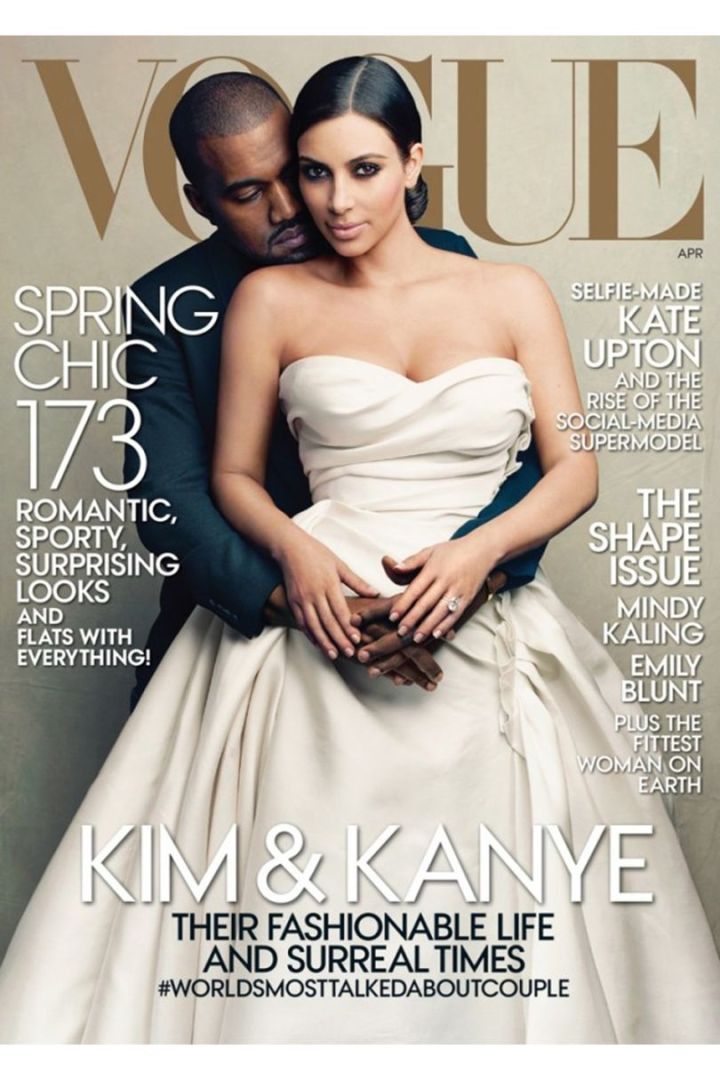 SMG responded by announcing she was cancelling her Vogue subscription, and encouraged everyone to do the same.

Well……I guess I'm canceling my Vogue subscription. Who is with me???

Chloë Grace Moretz has been ever so tired of Kim for years. Remember this nude selfie?

When you're like I have nothing to wear LOL pic.twitter.com/UlSLZb1fp1

@KimKardashian I truly hope you realize how important setting goals are for young women, teaching them we have so much more to offer than-

She also had this to say after Kim released her infamous Snapchat video of the Taylor Swift and Kanye West call:

That set off a feud between Chloë and Khloé Kardashian (who honestly, was in the wrong – she replied by asking “Is this the a hole you’re referring to @ChloeGMoretz???” along with pictures of Chloë in a bikini). Khloé later deleted the tweets, but Kim never forgets.

Bette Midler has been making jokes with Kim Kardashian’s sex tape as the punchline for years. Case in point:

.@KimKardashian looked so pure in that white gown, I almost forgot about her sex tape

But if I had to guess, it would be this tweet that really signed Bette Middler’s death warrant (death warrant being a free perfume, two years later):

Kim Kardashian tweeted a nude selfie today. If Kim wants us to see a part of her we've never seen,
she's gonna have to swallow the camera.

And here’s ANOTHER person who weighed in on Kim’s 2016 nude selfie. (I’ll be honest with you, I’d forgotten how much of a fuss it made.)

Shortly after Kim posted, P!nk put out a message praising all the women who use their brains over their body (wow, I didn’t realise you couldn’t do both???), and claiming anyone who used their sexuality to get ahead lacked self-respect.

Ugh, Wendy Williams. This is a name I didn’t know until a few days ago. The television host went on a huge rant about Kim Kardashian’s nude selfies the other day, and it was trash.

“Kim it’s clear Kanye has nothing for you except dribble and dribble and feeble conversation,” she said. “It is clear that Kanye does not pay attention to you. It’s clear to me that you’re desperately trying to stay in the spotlight.”

She called Kimmy a “ho” and said that “half of LA has been through” her and her sisters. Truly, Sharon, thank you for those comments. Great discourse.

The Kardashians are a frequent go-to for Chelsea Handler‘s punchlines, which all came to a head in 2017 when she literally blamed them for the election of Donald Trump.

“We’ve turned into a reality show. I blame the Kardashians, personally; the beginning of the end was the Kardashians. The way their people have blown up and don’t go away – it’s surreal.”

Khloé Kardashian – who was at one time friends with Chelsea, responded by calling her a “bitch” on a Keeping Up With The Kardashians episode. Guess this is confirmation that from the Kardashian side, the feud is still going strong.

Another one who hated the Vogue cover! Self-proclaimed “world’s first supermodel” Janie Dickinson said the Kim and Kanye cover “made me want to vomit”.

But then after Kim’s infamous ‘Break The Internet’ Paper Magazine cover, Rivera commented: “I normally don’t. But…. you’re someone’s mother…” 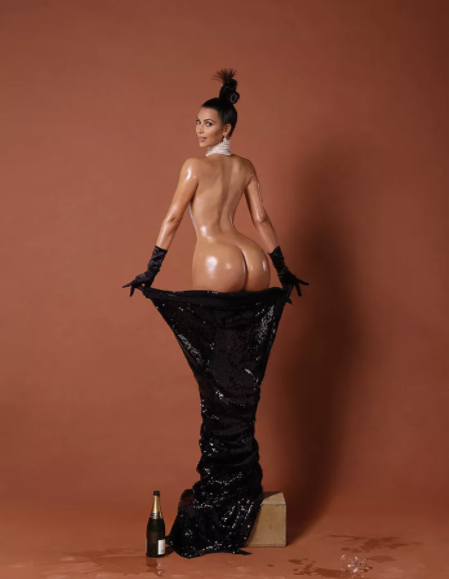 Damn right she is. And like we said: KIM DOES NOT FORGET.