I don’t know about you lot, but it feels like it’s been a minute since we’ve seen a true crime show worth talking about. Enter Stan and its brand new series, Des.

Des, for those unfamiliar, is based on the biography Killing for Company: The Story of a Man Addicted to Murder by Brian Masters. The series focuses on one of the most infamous criminal cases in UK history, that of Dennis Nilsen.

Known as the ‘Kindly Killer’, Nilsen was a civil servant who spent five years murdering boys and young men in his flat from the years 1978 to 1983.

Nilsen went undetected for five years, and was only arrested after Detective Chief Inspector, Peter Jay, was called to 23 Cranley Gardens on February 9, 1983, to investigate human remains clogging the drains.

Nielsen was arrested and convicted of six counts of murder and two of attempted murder.

In custody, he admitted to killing at least 15 people. 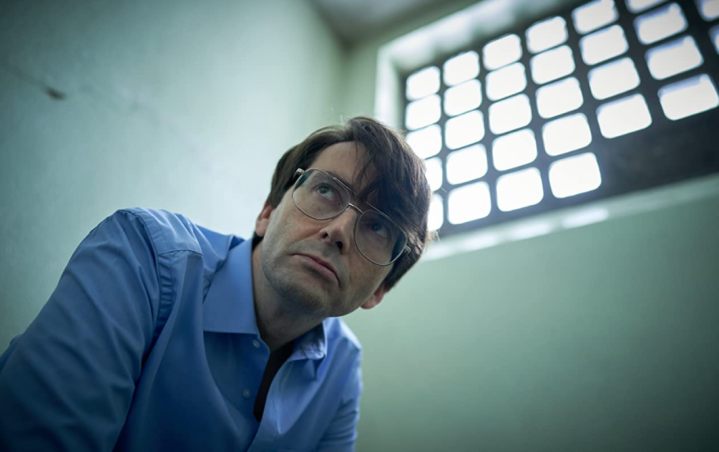 Nilsen reportedly met most of his victims, who were all men, at a pub. They were mostly homeless, gay, or sex workers.

While in prison, Nilsen was visited by Masters – the author of the aforementioned biography – who studied the serial killer over a series of interviews and letters.

READ MORE
Here’s Everything Coming To Stan In Oct, Including Some Spooky Flicks In Time For Halloween

Ahead of the series’ premiere on Stan, Masters wrote exclusively for The Sun about his interviews with Nilsen.

Masters said Nilsen always talked at him, not with him, “like a programmed, fully rehearsed stand-in for a spontaneous human.”

Told from the perspective of the police and Masters, Des explores how a man like Nilsen was able to prey on and murder the young and vulnerable.

David Tennant (Good Omens, Broadchurch) stepped into the shoes of Nilsen, while Daniel Mays (Line of Duty, Temple) and Jason Watkins (The Crown, The Lost Honour of Christopher Jefferies) starred as DCI Jay and Masters respectively.

You can find all three episodes of Des on Stan right now.