LGBTQIA+ activist. Mental health advocate. Charitable star. These are just a few amazing monikers that actor Colton Haynes has earned for himself which sets him apart from his Hollywood peers.

So when I was asked to interview Colton, naturally my response was, “Hell yeah!”

And I’m happy to report that the interview was everything I wanted it to be, and more.

During my chat with Haynes ahead of his trip Down Under for Oz Comic-Con Melbourne, I asked him about his thoughts and feelings on Australia, his dedicated fan base and the chances of a Teen Wolf reunion and spoiler alert: you guys will be stoked by the answers to all three of these topics.

Are you excited to come to Australia?

Oh my god, I’m so excited. I love Australia, I always say it’s my favourite place. I’ve spent a lot of time there, I’m obsessed with Australia.

What do you love about coming Down Under?

I was talking to someone at Starbucks on the Gold Coast and I was like, “Why are you so happy?” And she was like, “There’s no reason to not be happy!”

And I found out that if you work at Starbucks, you’re making like four times what we make for minimum wage in the States and everyone’s just so happy. Also you get free college, free medical, everyone has retirement. We could take some tips.

Everyone’s so nice and super personable. Everyone’s just so happy in Australia.

You’ve spent a lot of time in Australia – Do you have any spicy stories from when you’ve visited?

I didn’t realise that a lot of people from Australia do things to mess with Americans. Everyone was like, “You need to watch out because there are things in Australia that could kill you”, and I was like, “Okay, I’ll be super cautious.”

And someone was like, “You have to watch out for the dropbears.” And I was like, “What’s a dropbear?”

So I’m hiking through the outback and I was terrified for like a month and a half, I was always looking out for these dropbears but then finally someone at work was like, “You know they were just fucking with you, right? It’s not true. It’s something we tell people just to mess with them.”

What do you love about doing appearances at conventions?

It’s really nice to be somewhere where you know people have followed your career and they’re super personable and just excited that you’re there.

And it’s nice because a lot of the same fans that I’ve met in the past travel around the world to see us and it’s really nice to catch up with them and be around other people who I have worked with like Willa [Holland].

She’s going to be at Oz Comic-Con and I haven’t seen her in a while so it’ll be nice to catch up. 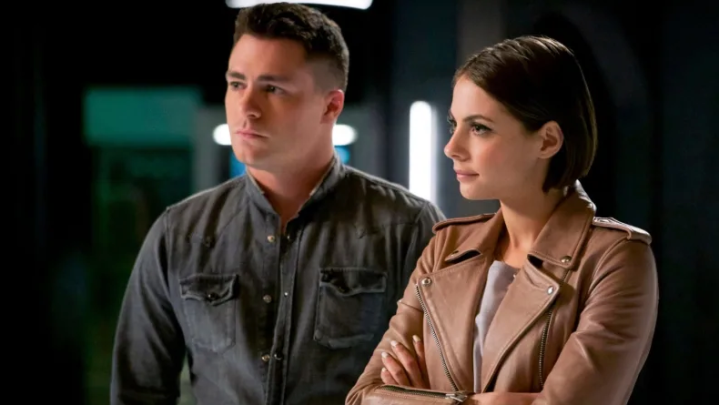 What’s the weirdest thing you’ve ever been asked to do at a convention?

Everytime someone asks me to sing, I’m like, “I’m not going to sing!”

Then, of course, the crowd cheers and I’m not that person. If someone is cheering me on, I’m still not going to do it.

You’ve starred in several shows that cater to the teen demo, what do you love most about the younger fan base?

Well that’s when I could play younger, now I’m keeping the clothes on [laughs]. I’m older now and I’m not a teenager so I don’t think I’m in that age range now. I’d like to think that I am but I’m not sure if that’s realistic.

But I’ve just been super lucky to stay in that throughout my 20s and now I’m in my 30s and it’s been such a fun ride and it’s been really great to do these teen demographic shows because it reaches that audience and I didn’t realise that I was going to play a teenager in my 30s but it’s been so great to be able to reach out, especially on social media, to these people who are going through what the character’s going through and shine a light on what’s going on.

Sad to hear the news that #Arrow will be ending after Season 8. What an incredible ride this has been. Thank you to all the fans out there who supported us along the way. ❤️❤️❤️

How would you describe your fan base?

Just about as random as I am. I don’t have a filter, I’m not the person who is going to be a cookie-cutter version of what everyone wants me to be, just because it’s not realistic.

Luckily I’m from Kansas and I didn’t really have a filter or a structure going into the business and I’m not going to change just because people think I should be the stereotype and that’s really great because my fans have been super supportive and followed my career in the exact same way.

They say the most random shit but also they’re really respectful and supportive of each other and they’re just along for the ride. It’s been a crazy one.

Of all the characters you’ve played, which one have you felt the most attached to?

I would probably say Jackson in Teen Wolf. I know I’m on Arrow right now, but that was just such a special time for me. I think I was like 20 years old, it was my first big job and that family that I got to be a part of was really special to me.

Jackson was broken but was also figuring himself out and eventually he came to terms with his sexuality and it was really nice. 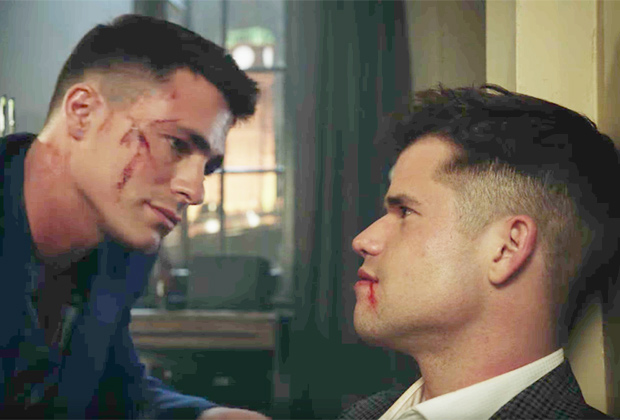 Nowadays everything is getting rebooted or spunoff, even shows that have finished in the last five, ten years. Do you think a Teen Wolf reboot or spinoff is a possibility?

Wouldn’t that be awesome? I would love that so much, just because we’re all super close. We’re so so so close – I see Holland [Roden] almost everyday and I saw [Tyler] Posey the other day and I see [Tyler] Hoechlin everyday.

I would love that and I really think it could happen but it would have to be on like Netflix so it could reach a bigger audience. I’m not sure if MTV want to do it right now but I’d be down so maybe we could start campaigning.

Colton Haynes will be at Oz Comic-Con Melbourne on June 8 and 9.