The offensively corny but oh so entertaining juggernaut that is Lifetime has managed to churn out a movie about the college admissions scandal before the accused have even been sentenced and the freshly released trailer is a wild ride.

In the first look at the flick titled The College Admissions Scandal, viewers get an inside look at the college bribery scandal that made international headlines when it broke earlier this year.

While it’s not a biopic, per se, the characters in the film most definitely mirror the actress mothers involved, Felicity Huffman (Desperate Housewives) and Lori Loughlin (Full House). 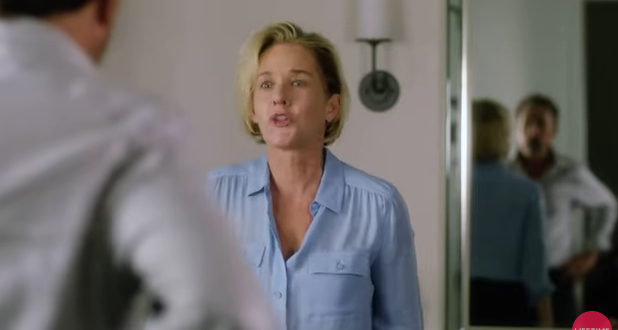 Back in July, the cable network, famous for its quick turnarounds on films about real-life events, announced that it was working on an original movie based on the ordeal.

Can you just IMAGINE what it’s like to be Lori Loughlin right now? You dedicate your life to the Lifetime movie brand, only to one day become the subject of one yourself? It’s gotta suck, is all I’m saying.

Anyway, have a go at the batshit trailer below:

I’m very curious to see how the flick ends considering sentencing hasn’t even been handed down yet.

Will they opt for a ‘to be continued’ vibe or will they make a judgement based on what punishment they think the ladies and their co-conspirers should receive?

And it’s not just Lifetime taking on the story of ‘Operation Varsity Blues’. The Hollywood Reporter reveals that Annapurna TV is working on a miniseries treatment of the shocking events, and several other projects are in various stages of development.