The Wildest Revelations That Have Come From Prison Docuseries

Any true crime fan worth their salt will have seen tons of docos about criminal investigations, but what happens to the felons after they’re convicted?

It’s time to find out via the incredible prison docos now streaming on Stan that reveal the shocking reality of life behind bars.

From the brand new season of Wrong Man, that explores trials where people have been wrongfully convicted, to Leavenworth, a series about a military prison, and the controversial 60 Days In, there’s plenty of prison content to binge.

Suspects can be coerced by police into a false confession 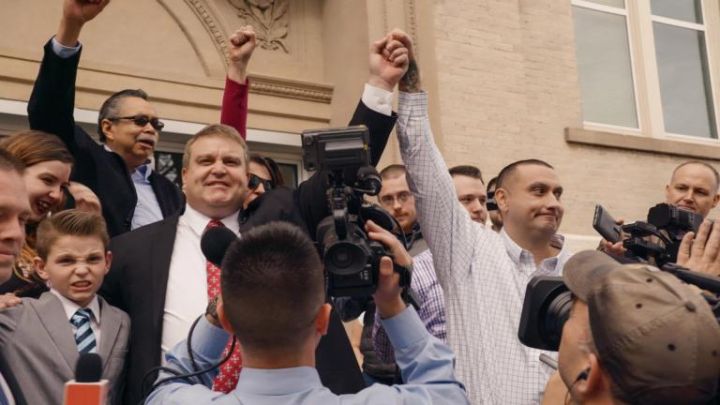 The whole premise of headline-making series Wrong Man is to shine the spotlight on prisoners who were wrongly convicted of committing crimes.

In one of the cases from its first season, the show’s investigators help free Christopher Tapp, a man who served 21 years behind bars for the rape and murder of an 18-year-old girl – a crime he did not commit.

During their investigation, Wrong Man’s team found genetic evidence that helped free an innocent man. It was also revealed that Tapp was coerced into confessing to a crime he didn’t commit after an estimated 150 hours of interrogations.

The third is a man named Kenneth Clair who was sentenced to death after being convicted of the brutal torture and murder of a young babysitter in ’84 but, get this, the only eyewitness to the murder is a five-year-old child who told police a white man was responsible.

Clair is black, and no forensic evidence ties him to the crime scene. Messed up, right?

Your race determines your place behind bars 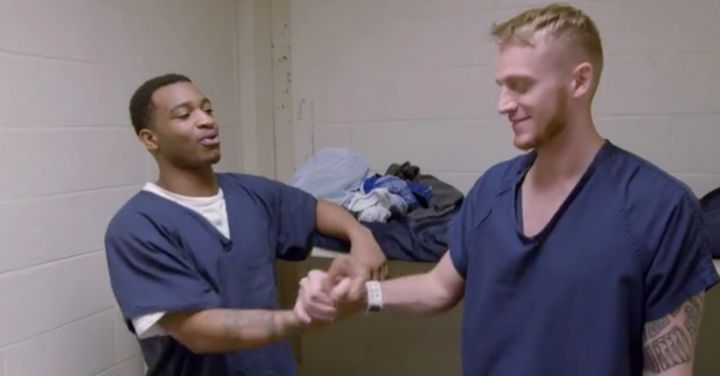 In the fourth season of 60 Days In, the undercover inmates quickly learn that in jail, an inmate’s race dictates everything from where they sleep to where they sit at lunch to what they can watch on TV.

One participant, who was once a gang member, said race was even more important than gang affiliations.

“This jail is segregated. There’s no other way around it,” he said. “Whatever race you belong to, you have to follow the rules.”

Something as simple as getting your haircut is dictated by your race. In one ep, after a guard delivers hair clippers to the inmates, Abner learns white inmates get first dibs on the clippers, followed by black inmates and then Hispanic inmates.

U.S. military personnel who break the law while on assignment are sent to Leavenworth, a medium security U.S. penitentiary.

The historic prison is explored in the new docuseries Leavenworth, as it follows the investigation of Clint Lorance, a former lieutenant serving a 19-year sentence for committing a murder while deployed in Afghanistan in July 2012.

The series’ hour-long episodes walk us through the controversial case, from the events that led to the shooting to the bitter trial that ended in his sentencing, and the campaign calling for his exoneration.

Leavenworth gives viewers a rare look inside the famed penitentiary to see what convicted military personnel experience behind bars. 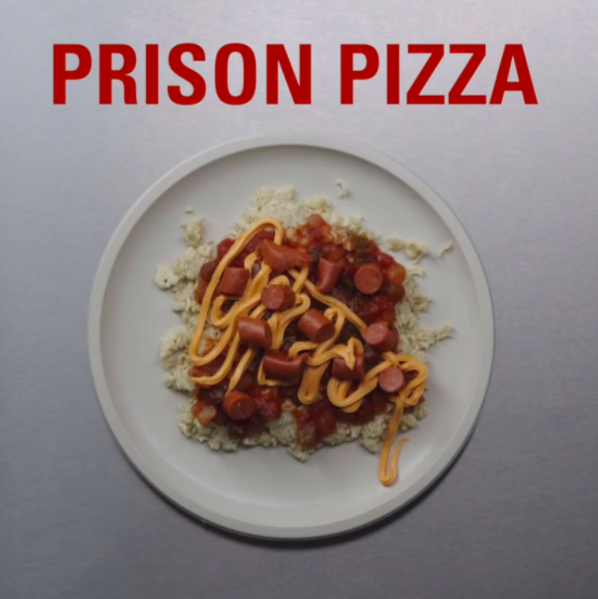 Inmates certainly can’t expect gourmet meals behind bars, but just how bad it can get will shock you.

In one ep, an undercover inmate reveals that the prisoners were given beans for dinner (yep, just beans), but as if that wasn’t gross enough, the beans were infested with maggots.

If you’ve got the stomach to see convicted criminals eat the foulest food imaginable, you’re gonna love 60 Days In (although I’d recommend not watching it during dinner time).

Just have a go at prison’s rendition of fish and chips, as shown in one of the eps: 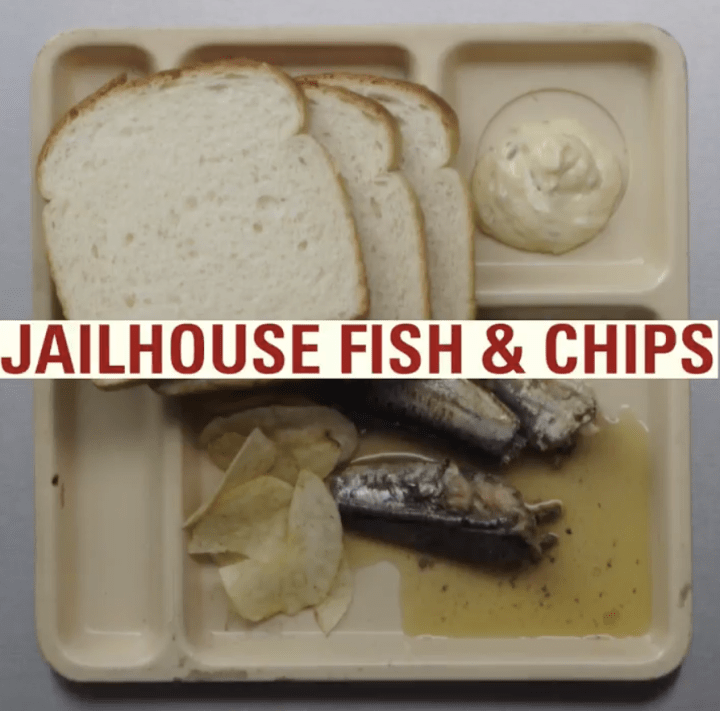 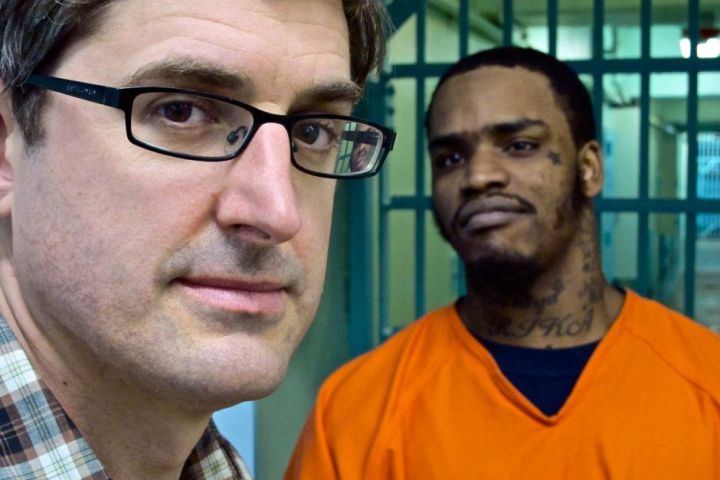 Despite having an entire arsenal of weapons at their disposal in case of a riot, prison guards are still very much outnumbered by the prisoners.

While this fact shouldn’t come as too much of a surprise, Louis Theroux’s doco Behind Bars showcases just how dangerous things can get.

The hit filmmaker finds himself in cells and jail yards where he speaks to serial murderers, gang members, at-risk inmates and guards and not to give too much away, but let’s just say you’ll be on the edge of your couch. 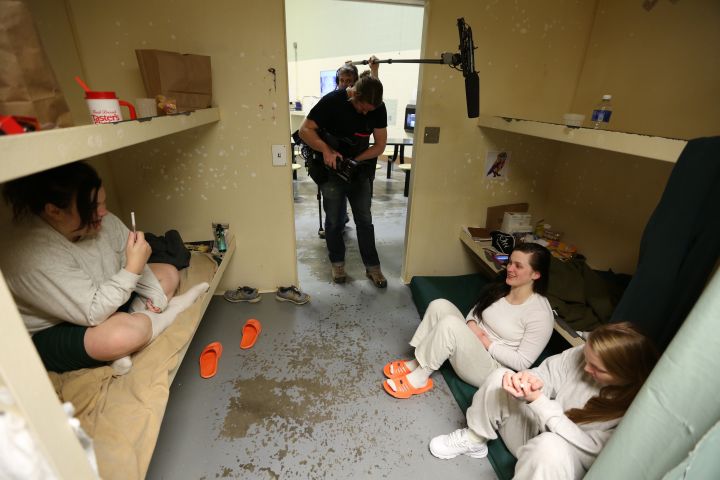 Following her stint on 60 Days In, undercover inmate Monalisa Johnson told Business Insider that she “never expected American jails to look like that from the inside.”

“I’d never seen anything like it,” she said. “There was mould growing, gnats flying up out of drains. Black mould, green mould, every kind of thing you can think of was growing around the showers and in the toilets and the sinks.” 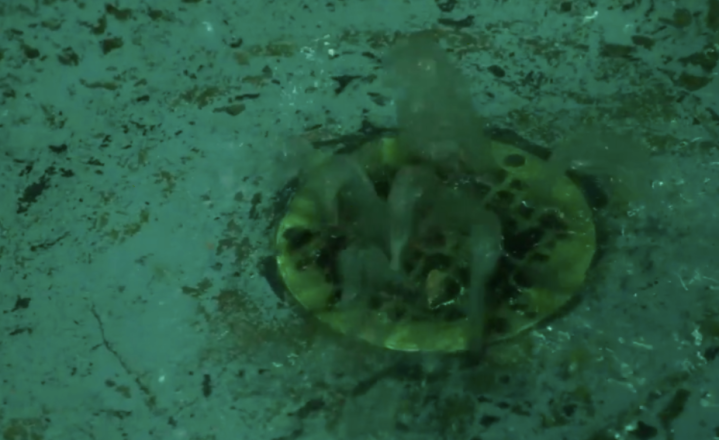 60 Days In gives viewers a disturbing insight into just how gross prison life is.

The above image is of a shower drain that appears to be leaking with sewage in Indiana’s Clark County Jail. Nice, huh?