“I’m Australian, so I guess it was a done deal,” Blanchett said. “All I had to do was show up,” she continued, smiling and embarrassing all the high-intensity flashbulbs in the room.

Below are some other Australians and Internationals who showed up and won biggish at the fledgling underdog of Awards Season, the stakes of which will be raised considerably by tomorrow’s Golden Globes. What a time to be alive. 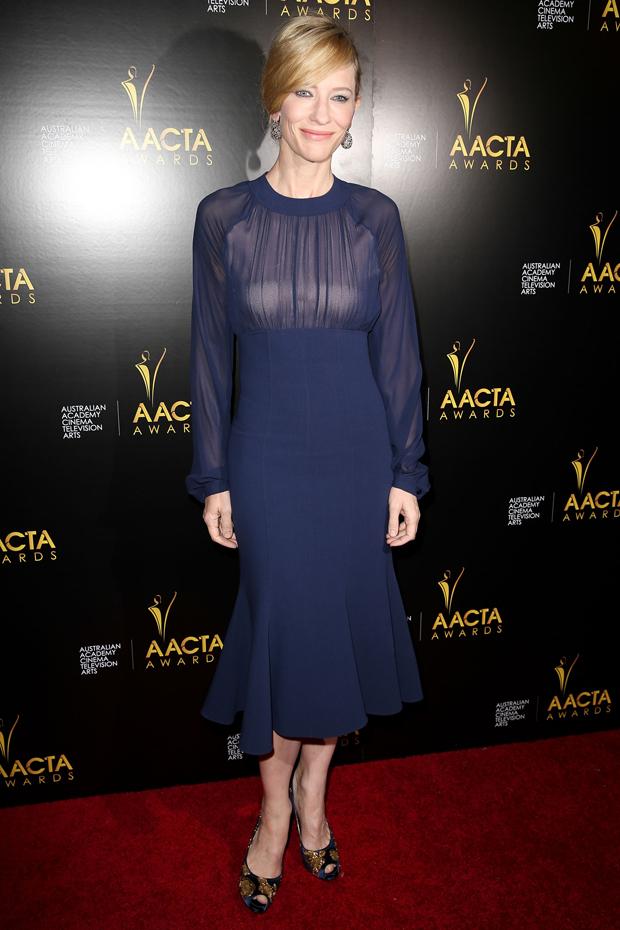 Sure, why not? Jessica Gomes wears sexy Dion Lee, I think, and looks her characteristically amazing, ethnically-ambiguous self. 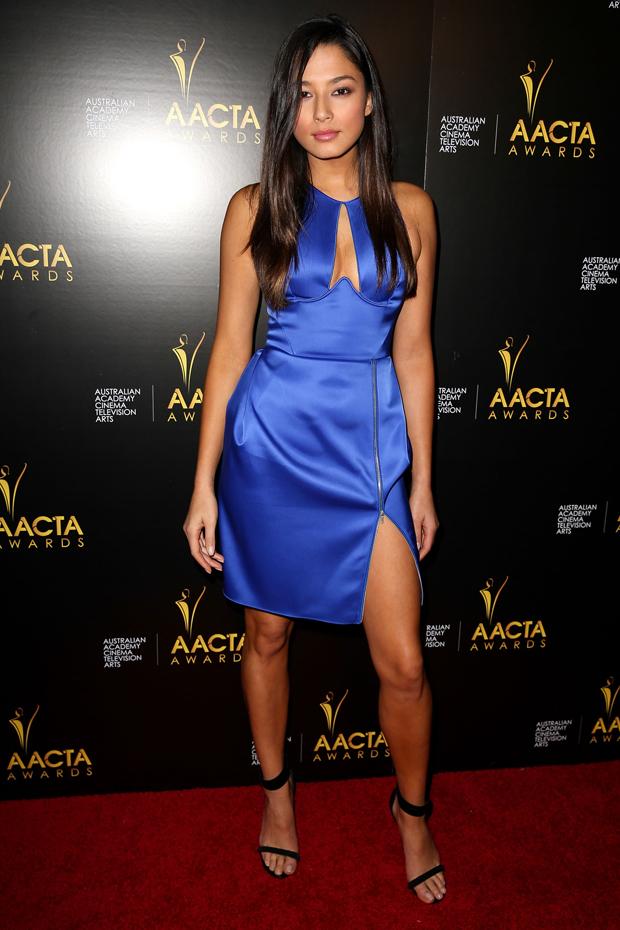 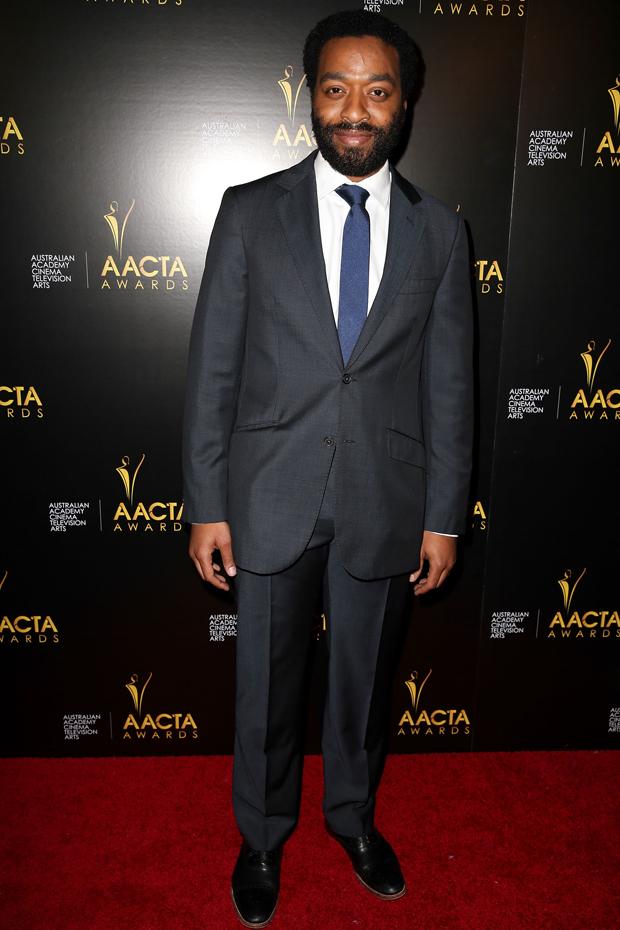 Saddle Club and McLeod’s Daughters stablehand Brett Tucker looks great in navy, accessorised with stubble as finely nuanced as his performance as Einherjar Guard in Thor 2. 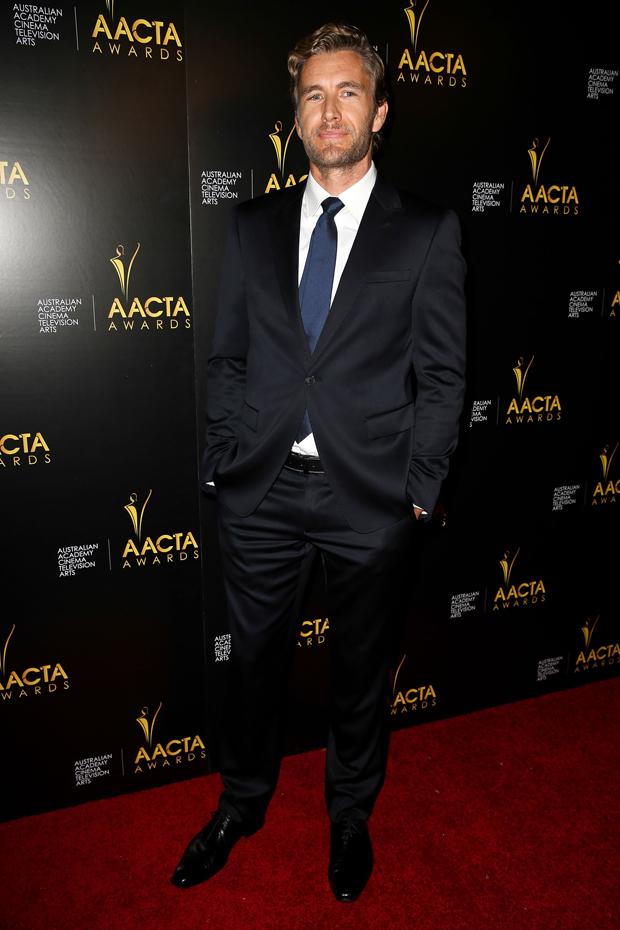 Near exhausting my capacity for ways to describe well-dressed dudes, The Fass takes out best international supporting actor, best beard and worst visible stitching on the crotch for dem jeans. We all saw Shame; we get it, Mick, we get it. 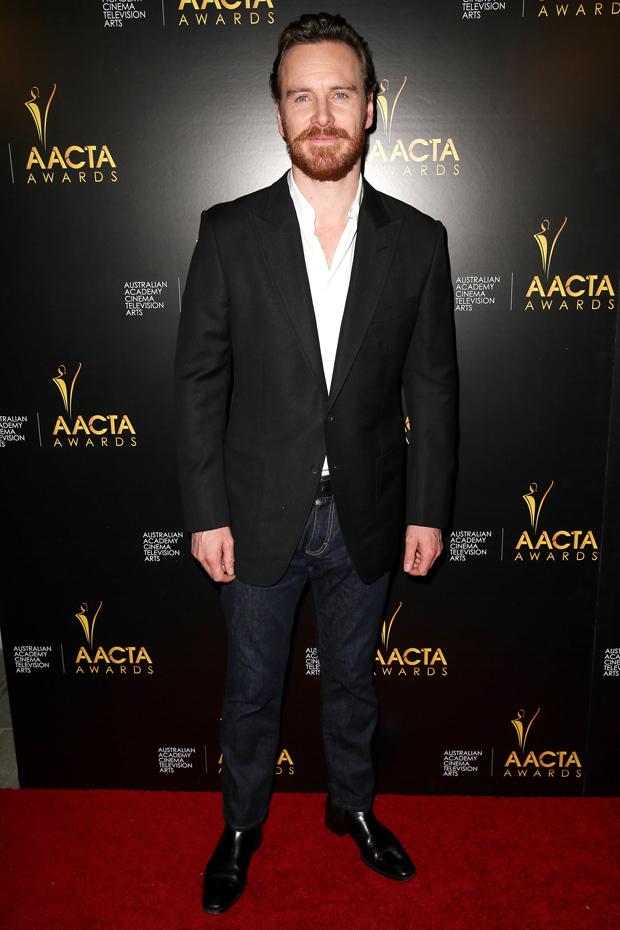 Steve McQueen looks chic as sin in black and white. 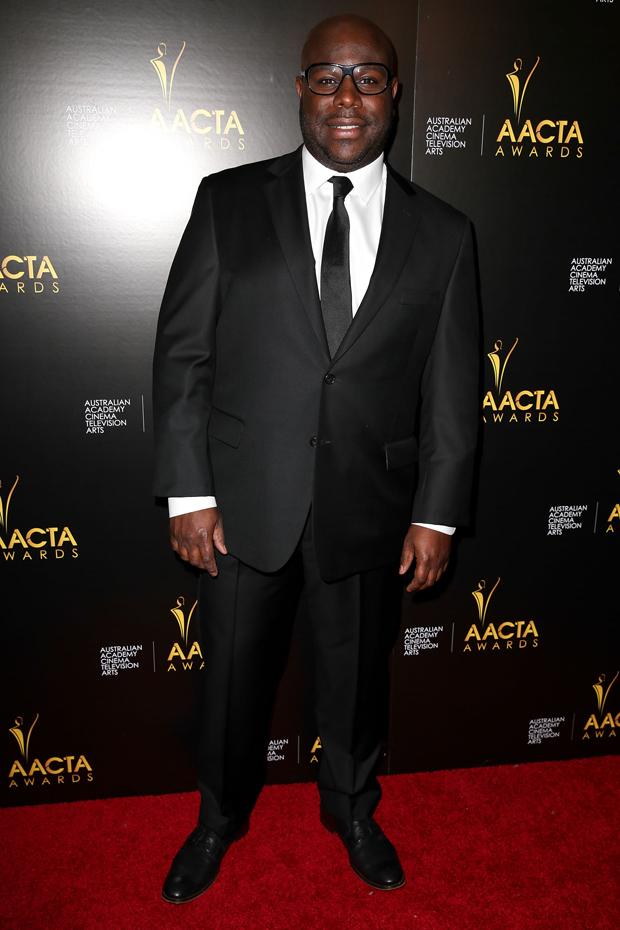 Scoring a nod for the best international screenplay for his work with Eric Warren Singer on American Hustle, David O. Russell pulls out the ole Russell’s favourite three piece suit combo, one that’ll get a good work out this season. David and his vest stand in for absent best international supporting actress, Jennifer Lawrence, whose presence is sorely missed in every room, every where, save for the one she occupies at any given moment. 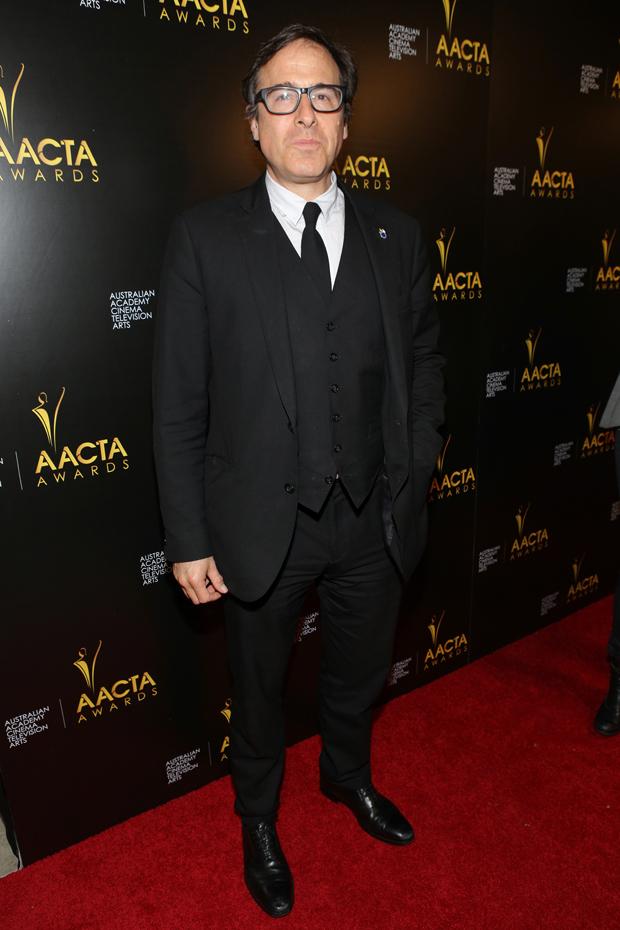 Alfonso Cuarón’s single windsor is losing the fight to Gravity here (sorry, not sorry). He won best film and director for his work on the film aforementioned in that terrible pun. Plus, his wife is called Sheherazade Goldsmith, which is the richest sounding name ever. 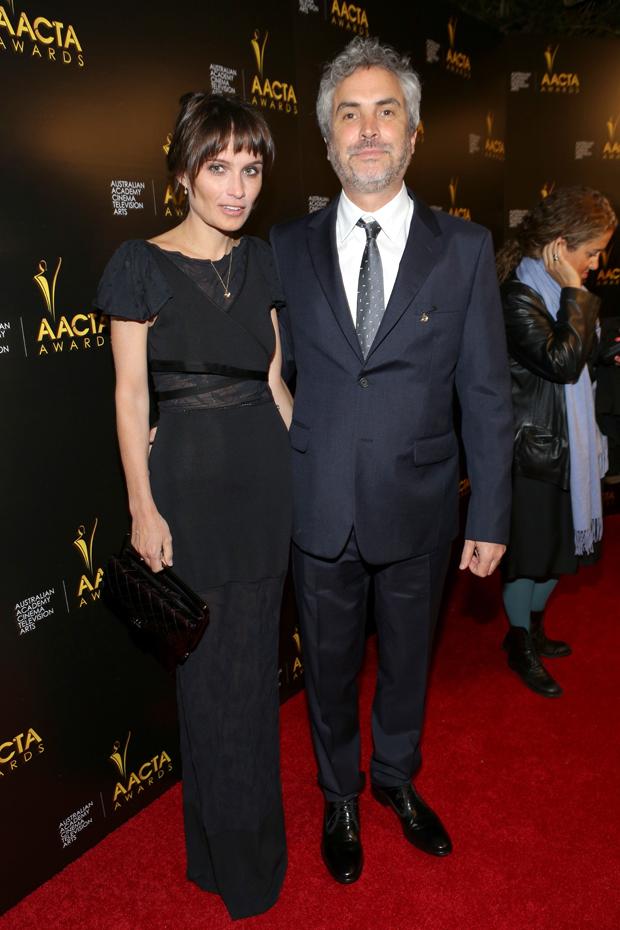 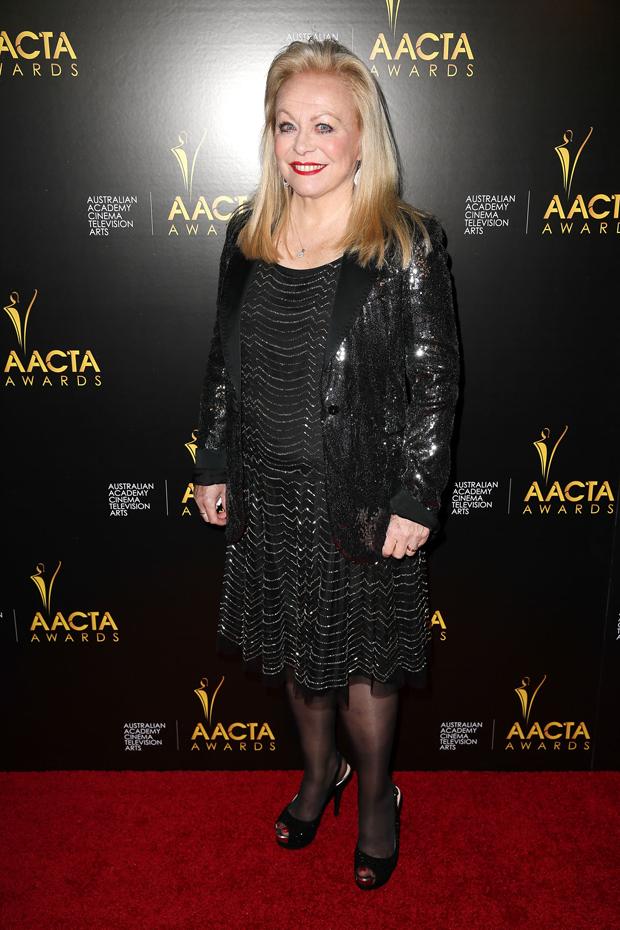 Miranda Otto is in a Frankenstein movie directed by Stuart Beattie and starring Aaron Eckhart and Bill Nighy, out January 24th. It’s too bright in this room to see her dress. 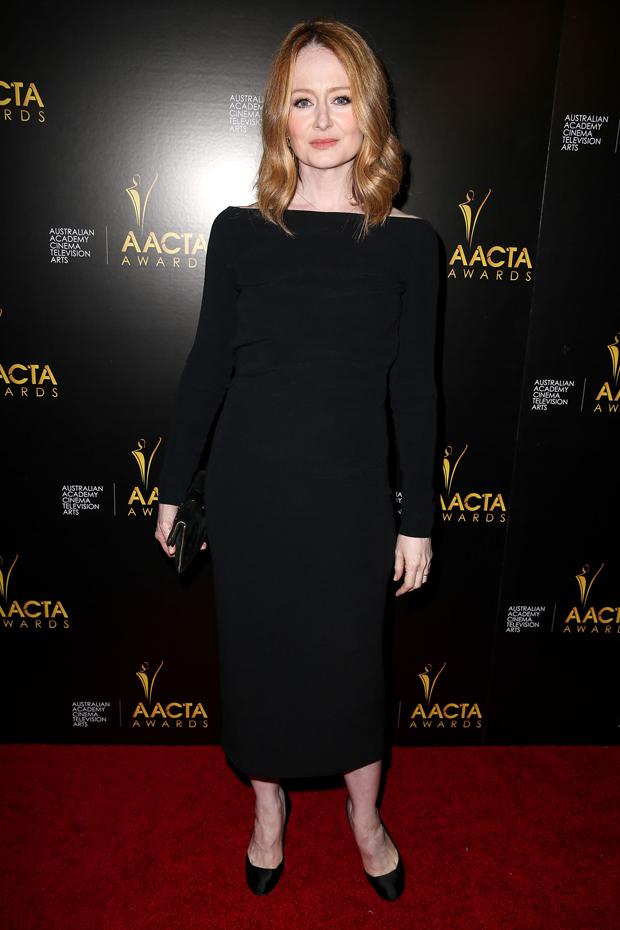 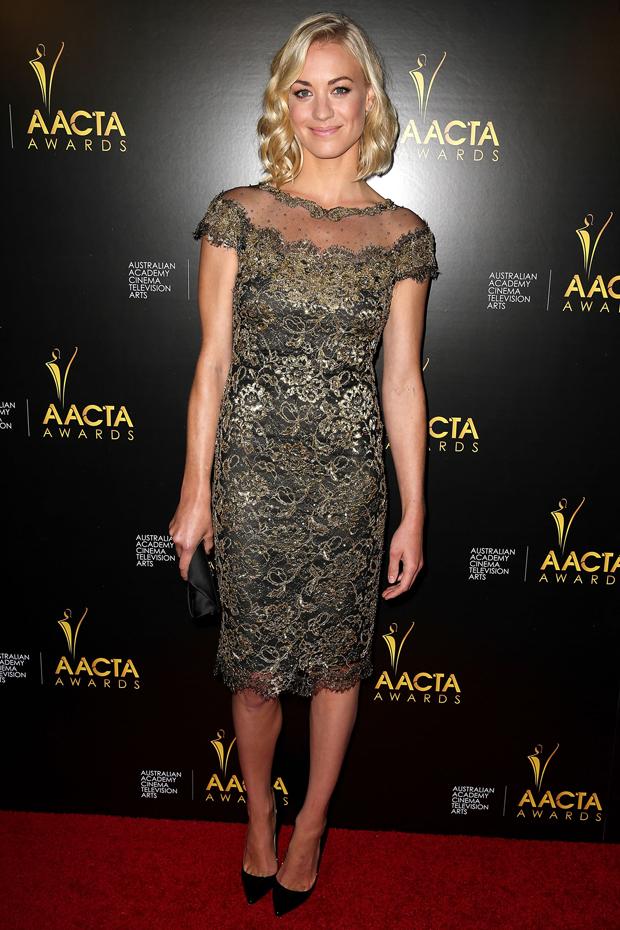 Here she is again with AACTA President and legendary legend Geoffrey Rush, who has reverted to his default modes of being both ‘stoked’ and ‘the best’. 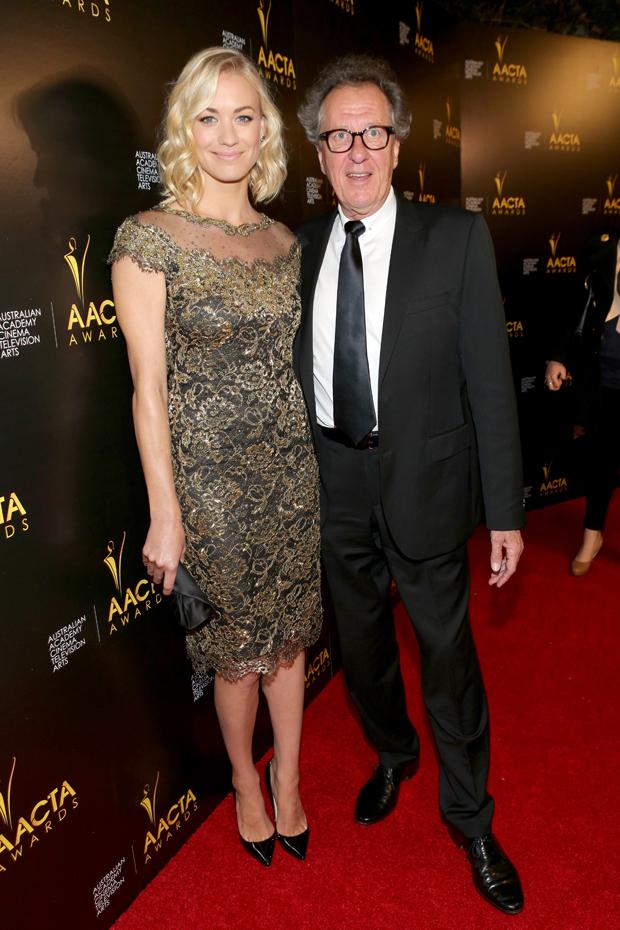 Rounding out a consistently pleasant – albeit demure – red carpet with something completely different is Grant Bowler and Kate Buchwald. She wears what looks like a bandeau top underneath the flayed skin of the werewolf Bowler played on True Blood. :S 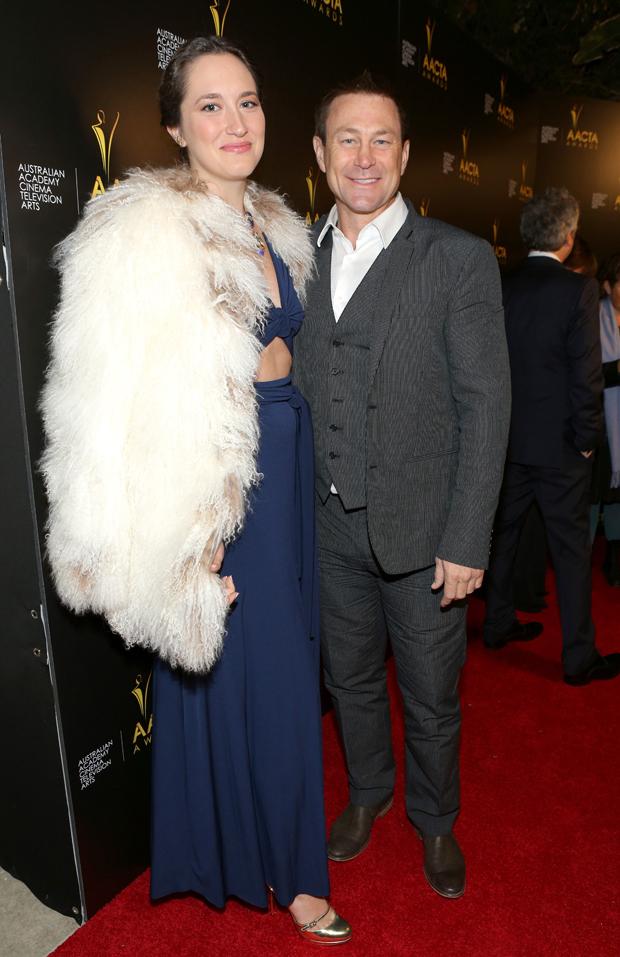