PEDESTRIAN.TV has teamed up with Disney's 'The Lion King', in cinemas now.

I’d wager my non-existent partner’s life that when news broke of a live-action The Lion King, every diehard fan out there began to theorise who would voice the characters.

I personally created my own Lion King bingo. No one joined me because they thought I was sad, but I had a jolly good time playing all the same.

And while I might’ve missed the mark with almost all of my guesses, I can safely say that the casting is en pointe.

So, I thought I’d rank all the main players based on how much the voice actors embody their characters. 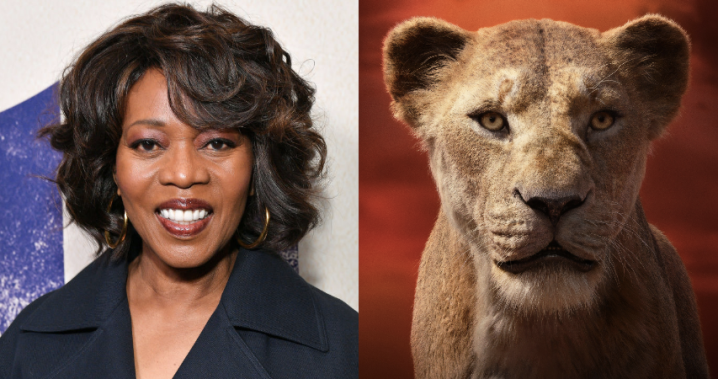 I first knew of Oscar winner Alfre Woodard back when she played the protective mother in Desperate Housewives, so I already know for a fact that she’d dominate as Simba’s mum, Sarabi.

There’s something about Alfre’s perfect mum-voice that ensures me she’ll help Simba cope with his loss (mild spoiler soz) as much as lionly possible. 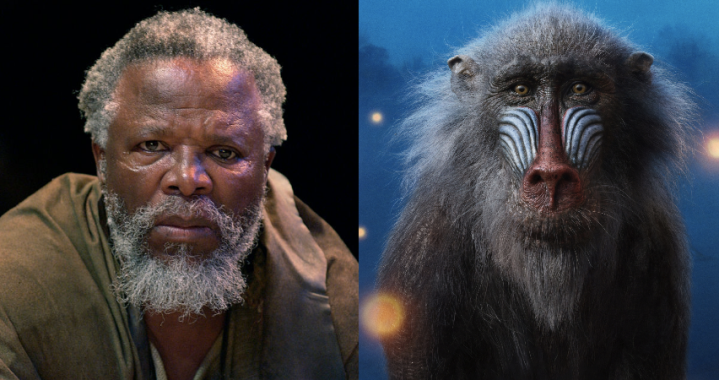 Alright everyone stop what you’re doing (which is nothing) and find a video where John Kani speaks right now.

Hear it? Do you hear it? It’s Rafiki. I know the original voice actor (Robert Guillaume) did a ripper job but I’m going to get guaranteed chills when I hear John drop the iconic “Simbaahhhh” line. 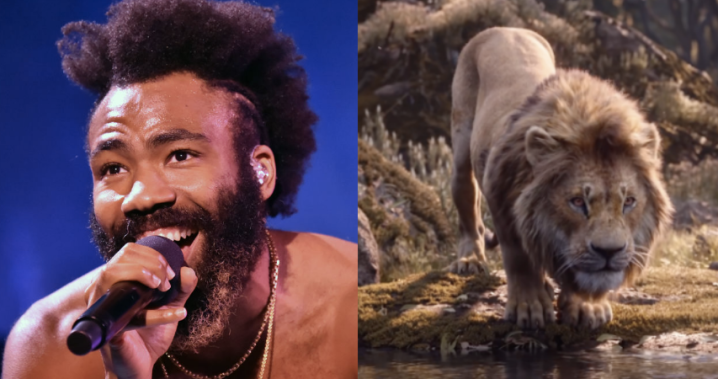 I feel it’s unfair to even rank Donald Glover – the dude has excelled at every project he’s been involved in.

Do I have concerns that his voice might not be Simba-esque enough? What a ridiculous question, of course I don’t. Donald Glover is this generation’s Childish Gambino. Jack-of-all-trades. Artist. Maestro. He earns all of the titles available. 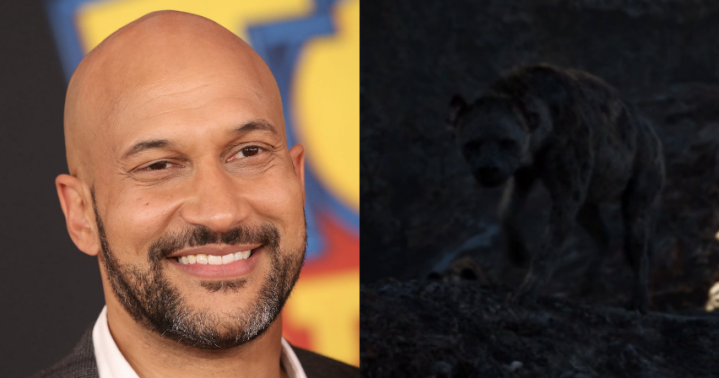 Keegan-Michael Key has been cast as Kamari, one-third of the maniacal pack of hyenas who tend to laugh – a lot.

Now, one might believe that to play a hyena to a certain level of authenticity, you’d have to have your laugh down pat – years of hyena training, some industry insiders suggest (they definitely don’t).

If you need proof that Keegan-Michael knows a thing-or-two about laughter, here’s the actor talking about it for almost three minutes. 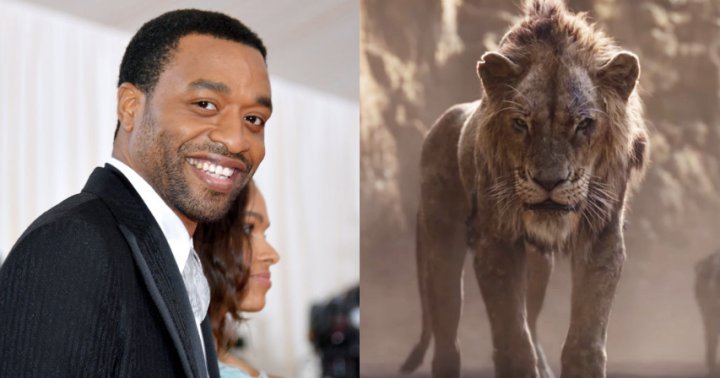 Was Mufasa’s brother British in 1994’s The Lion King? Well, I always thought he was and a quick google search made me realise I’m not alone.

Scar was always my secret fave in the original and I firmly believe it was because of how intelligent he sounded (plus his solo performance of Be Prepared is the best Disney song to date.)

So, it makes total sense for Chiwetel Ejiofor to take over the role of the villain with the mesmerising speaking voice – spectacular move. 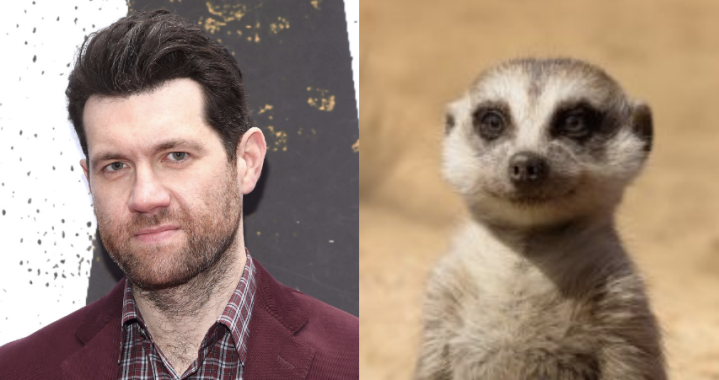 Can we please do an ancestry check on Billy Eichner just to prove that he has some sort of meerkat bloodline in his family tree? It’s disturbingly uncanny and I mean that in the best possible way. 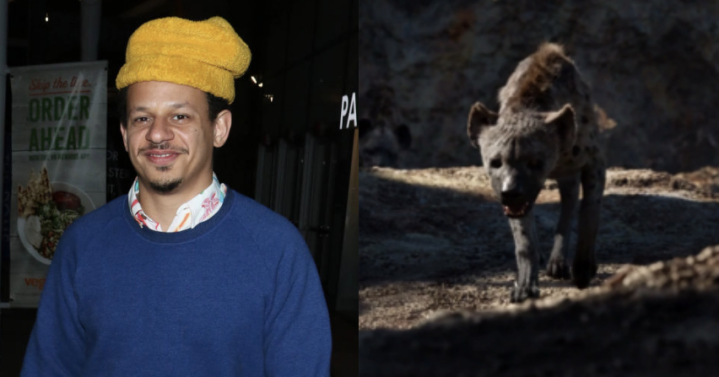 Azizi (also known as Ed in the OG Lion King) was the most prominent hyena from my childhood purely because he was nek-level cooked.

If you’ve seen any of Eric André‘s material you’d know that he’s equally cooked so that’s an A+ casting decision in my book. 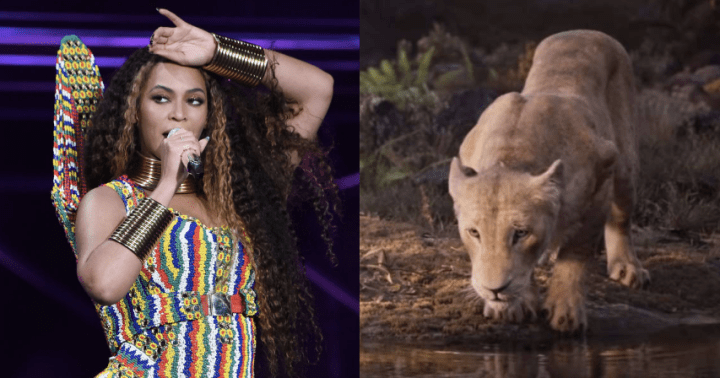 Perhaps the most high-profile casting decision that garnered the most headlines, the decision to get Beyoncé on board to play Nala deserves all the awards. Every single one of them. Chuck ’em a Tony while you’re at it. Sure, it would probably vex actual Tony winners and it would rile up professionals but who cares? This is Beyoncé we’re talking about. 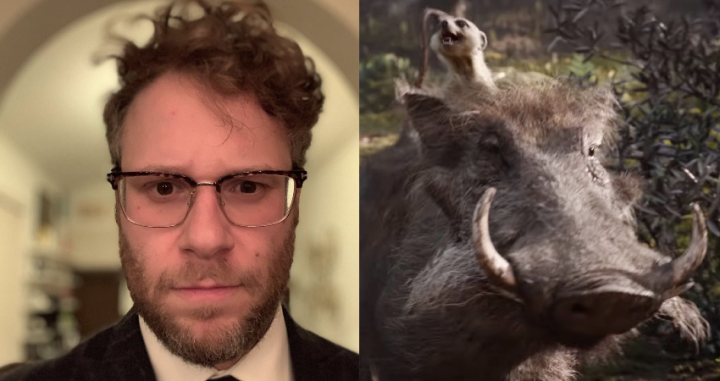 Okay, alright. Let’s throw another Tony Disney’s way for this decision because Seth Rogen is Pumbaa. Pumbaa is Seth Rogen. They are the same spirit animal who share the same voice box.

(At this stage, I’m highly concerned esteemed members of the Tony Awards are tracking down my address right now to deliver a cease-and-desist.) 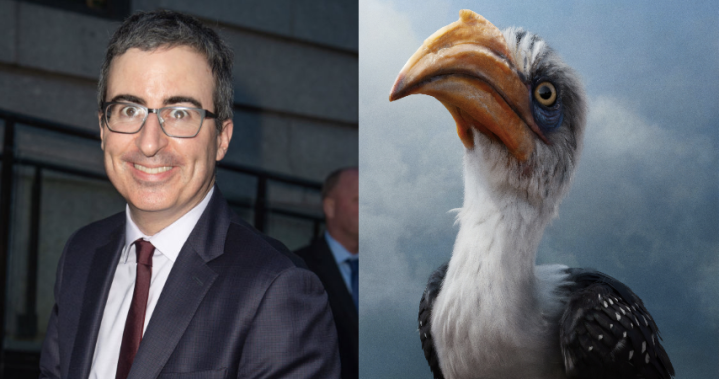 Something tells me that John Oliver has been prepping for this moment for his entire career. Life, even.

The comedian and late-show host has all the qualities that make Zazu that perfect balance between endearing and painfully sarcastic. Dry humour for the win. 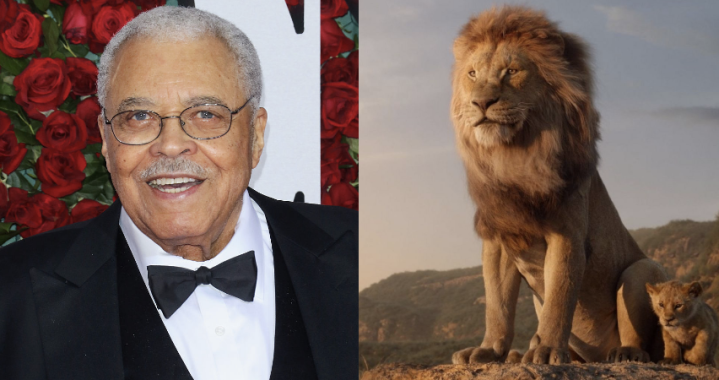 James Earl Jones first voiced Mufasa in 1994, so the fact that the crew could get him to reprise his role 25 years later (!!!) is a huge feat.

You know what? Screw it, chuck ’em another Tony.

The cast for Disney’s The Lion King is so spot on, ranking them almost seems like a disservice to everyone involved. Props Disney, you’ve knocked it out of the park.

While you’re at it, have a listen to Beyoncé and Donald Glover expertly sing the classic Can You Feel The Love Tonight?: