PEDESTRIAN.TV has teamed up with Disney's 'The Lion King', in cinemas July 17.

If you told me a few years ago that we’d be getting a new The Lion King movie starring Queen Bey herself, I probably would’ve cried.

Turns out, when I found out that Beyoncé was actually starring in a new The Lion King movie, I cried anyway, so clearly I’ve got issues.

But, we shouldn’t let this (very valid) Beyoncé fever distract us from the rest of the all-star cast because it’s absolutely crammed with A+ talent. Chock-a-block. Overflowing, some would say.

READ MORE
Hear Donald Glover & Beyoncé Sing 'Can You Feel The Love Tonight?' Like It's NBD

So without further ado, feast your peepers on every famous voice behind the classic characters you grew weirdly attached to as a child.

Lord and saviour John Oliver – mostly known for his ability to verbally smack down people who are being utter dunces – will be lending his voice as the sass-pot that is Zazu.

Personally, I couldn’t think of a more appropriate role. Someone please give the casting director (or whoever it was who thought of this match made in heaven) a raise.

Okay so it’s official – Donald Glover has his fingers in 400,000 pies. The dude has so many jobs on the go it makes me tired (and also guilty for not doing more with my life but that’s a whole different kettle of fish).

D-Glover will be taking over as big boi Simba which again, appears to be another stroke of genius by our new favourite casting director whose name I feel rude for not knowing.

Chiwetel Ejiofor already has some serious acting creds up his sleeve with the likes of Doctor Strange and 12 Years A Slave (the latter ruined me for roughly a year, you’ve been warned), so it makes sense for him to dip his toe in voice acting.

Playing Scar, I already feel like I’ll be rooting for the classic villain because it’d be rude not to be supportive of our boi Chiwetel. I’m so conflicted.

I’m on the fence about weddings but for Eric André, I’d happily walk down that aisle in an instant.

The comedian/love of my life will be voicing Azizi – better known as Ed in the OG Lion King – and that infectious cackle is already bouncing around inside my head. Well played, Mr André.

Yes. YES. THIS MAKES SO MUCH SENSE.

Billy Eichner, known for running around the streets of New York and screaming at people, will be voicing Timone and, without a doubt, this is the role he was born to play.

Billy the meerkat, I’m all about it.

Look, I don’t wanna give the casting director a big head or anything but where’s their damn Oscar? This casting is so spot on I feel like they’re just showing off now.

Seth Rogen will be playing the beloved warthog Pumbaa and if you don’t see it then there’s no hope for you. Pack ya bags, you’re done.

The King has returned.

Legend James Earl Jones will be reprising his role as Mufasa which is the best news I’ve heard all year.

If you weren’t aware, JEJ voiced the original Mufasa in the 1994 flick and if memory serves me correctly, he was the first person to voice a character that made me cry so hard I almost broke a rib.

I’d also mention Beyonce playing Nala again but I fear I’ve already fanboyed over her far too much at the start of the article and I don’t want her lawyers to slap me with a restraining order.

I’m chill, Beyoncé’s lawyers – nothing to see here or be concerned about. I’m totally chill.

(Here’s a bonus snap of Beyoncé as Nala though coz I’m nawty.) 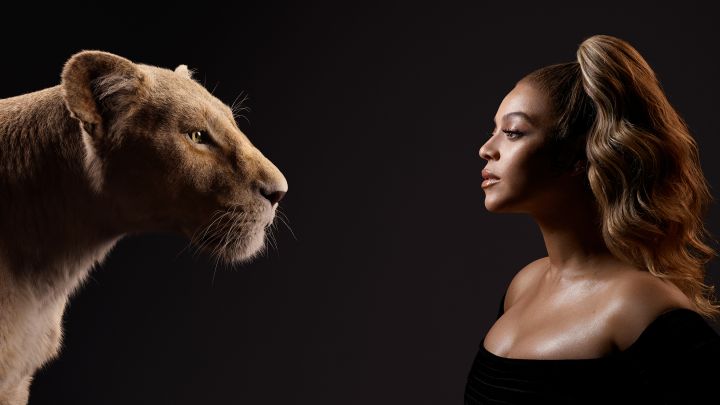 Catch Disney’s The Lion King when it hits cinemas on July 17 and take a look at the first teaser of Beyoncé and Donald Glover belting out Can You Feel The Love Tonight? below:

Get your mitts on tickets right now to ensure you score a seat.