Every Christmas there are always certainties we can rely on, like large pieces of driftwood during an ocean storm. In this analogy, the storm is not knowing which disgusting present your Aunty will get you – the body spray that smells like urinal cakes or the cheap skincare pack that will give your face third-degree burns. The driftwood? The fact that Nanna will, without a doubt, bring a tin of $5 shortbread.

Not just any tin. This tin:

Royal Dansk shortbread. I swear to god these bickies have not changed in decades. Our forefathers ate these bickies. Ned Kelly ate these bickies. Mary mother of Jesus probably had some stashed away in case some mum’s group bitch didn’t bring the Tim Tams like they promised they would.

These biscuits could survive a nuclear meltdown. The tin would remain, each little bickie safe in its tiny cupcake patty home. Usually, this kind of lifespan would mean they’d taste like dried dog shit. Except in a wild turn of events, the Royal Dansk biscuits are fucking delicious. ALWAYS. They’re delicious when you snatch one the moment Nan turns up. They’re also delicious on November 22nd when you’re high as shit and can’t find anything else in the cupboard.

I was reminded of their enduring existence by Aurelia St. Clair recently on Insta. They were joking about how you’d always open the tin and find sewing shit in it. But then I started thinking about the times I’d be lucky enough to cop the fresh batch — Nan opening the tin and all those little cocooned bickies, in their personal little houses, and I got to pick whichever I wanted?? A decision not to be taken lightly.

See, like all things in life, the Royal Dansk biscuits can be ranked. There are god-tier and there are the ones you only reach for when you’re desperate.

God-tier. You’ll soon find that being covered with a crispy layer of sugar crystals will land you high on my list. Why? Because when you were a kid and Nan offered you one of these, you always went for whatever gave you the biggest sugar high. Just like how we all asked for Bubble O’ Bill’s at the corner shop because it was like getting TWO treats at once, and mum didn’t even fucking realise. SUCKED IN MUM I GOT BUBBLEGUM AND AN ICE CREAM. 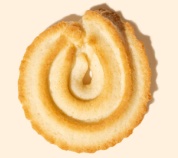 Look, this was a hard one because there is another bickie that is ALSO covered in sugar and is really hefty, but Mrs Swirly was always the prettiest. Because I was and, when it comes to snacks, still am driven by appearances, Swirly was always the second choice. She’s void of sugar granules but it felt like her hotness would rub off on you. 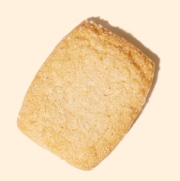 Look it’s not giving much, is it. In fact, it’s giving us absolutely nothing. A sort of bloated rectangle shape, Rectangle Boy only ranks this high because it is quite literally COVERED in sugar.

In terms of sugary bang-for-your-buck, this is diabetes in a biscuit. This guy proves that you can be a soft four out of 10 in the looks department and still smash a top three position. 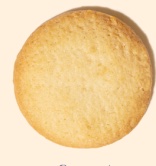 Oh you cheeky little bugger, Coconutty! Why are you here? How did you get in the Royal Dansk tin filled with bickies that have no flavour besides “butter” and “sugar bits”?

No one asked for you to show up at this party, but you’re welcome, I guess. Like, you’re fine. You can stay, and I’ll even have one semi-boring conversation with you about work while I’m making my next vodka OJ but ideally, someone comes by that I know within 10 minutes so I can exit stage left. You reek of desperation, Coconutty, but you’re also oddly heroic just by being here.

READ MORE
Here Are 19 Of The Best Christmas Gift Voucher Ideas For Absolutely Anyone, Including Great Aunt Mabel 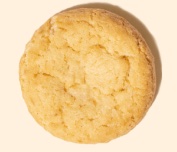 Beige as fuck. Like a sad couch cushion that fell down the back and you discover it when you move house. Like going to a date’s place for dinner and they make you claggy overcooked pasta. Like having sex later that night and they spend 0.0002 seconds on foreplay.

Just the worst option, but Borzo is kind of hot-out-of-context because even though it suuuucks compared to Swirly and so on, it’s still a superior bickie if the other option is, like, a digestive biscuit.

Basically, if the choice is that you can’t have a Royal Dansk or you can have this, you obviously choose this. But if there is ANY other option, take it.

Melissa Mason is a freelance writer, you can find her on Insta and TikTok.