Domino’s Is Running A Bunch Of Deals All Summer, So It’s Time To Offend Nonna & Indulge 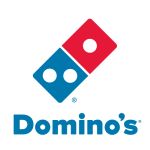 PEDESTRIAN.TV has partnered with Domino's to help you score the best deals all summer long.

Summer 22/23 is looking hot. I hate to be unrelentingly positive, but let’s add it up —  La Niña is most likely shoving off for good; Haim, Phoebe Bridgers and Lil Nas X will all be making their way down under, and of course, we’ll know who cops it in The White Lotus.

Personally, there’s not much that could make it better.

But alas, the pizza lords over at Domino’s are doing exactly that — they’ll be launching a brand spanking new feature in their app that’ll sling exclusive deals fortnightly. This should be huge news for anyone with vivid 00’s memories of getting the Domino’s catalogue in the mail and saving the discount codes for when mum allowed you to order take-out during the school holidays.

You can download the app right here to start gobbling up your discounted dough ASAP.

There’s nothing quite like giving in entirely on a stinking hot summer’s night and ordering in. Whether you’ve spent a long day at the beach or pool or roaming around town sipping multiple spritzes, getting home to see a piping hot Pepperoni or Supreme pizza waiting for you is a feeling like no other.

Here’s a list of the deals they’ll be offering until the beginning of March 2023.

50% off pizzas??? That’s insane if you ask me. If you plan on having a Project X-style party anytime soon, we highly recommend planning it between the 20th of February and the 3rd of March. You’d be pretty much-making money on catering with a deal that good. But first, you must download the app to redeem these discounts because they won’t be available elsewhere. Not only will you be the friend with the well-catered event but also the friend with insider knowledge on how to score the best deals, which is a top-tier personality trait if you ask me.