PEDESTRIAN.TV has partnered with The University of Queensland to showcase where y’all should kick it in Kyoto. UQ’s world-class facilities, higher than national average employment rates / salaries for grads, as well as its ace exchange program (22 unis in Japan alone + 100s worldwide) make it an A+ place to study. Head over HERE to find out why you should elect UQ as yo’ #1 when completing your QTAC.

Japan, much like Hansel, is so hot right now.

While always being popular, the nation’s recently been copping a lot of love from #wanderlust, wannabe bloggers, and run-of-the-mill travellers alike. Why? Because Japan’s more epic than doubling down on your McFlurry toppings, not to mention it being a pretty easy place to access for us Aussies.

We know your lives are pretty chaotic, so rather than focus on areas of Japan that are more in yo’ face, we decided to highlight the drop-dead G A W J U S + tranquil city of Kyoto. Before we get stuck into what y’all should do / see / eat / stay while visiting this damn-fine locale, we wanna flag that it’s worthwhile getting yourself a bike.

While they’ll set you back a few bucks, and they require a bit of effort day-to-day, bicycles are the best way to take in the Kyoto. Additionally, the Japanese Rail Pass doesn’t work too well with the system in the area, so it’ll help you avoid waiting around 24/7.

Without further ado, here’s a few of Kyoto’s most kick-ass spots to get amongst. 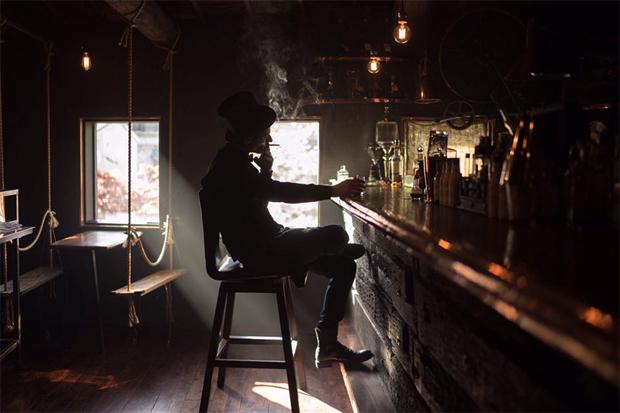 No matter where in the world you are, if you stumble across a bar owned by a French ex-magician, you’re going to have a decent time. L’Escamoteur‘s take on classic cocktails, as well as its in-house / specialty concoctions, are just as ~magical~ as the tricks its staff keep you entertained with. TIP: the bathroom is hidden (and hidden well) in an extremely epic location. Don’t be afraid to ask them where it is, because odds are you won’t be able to find it. 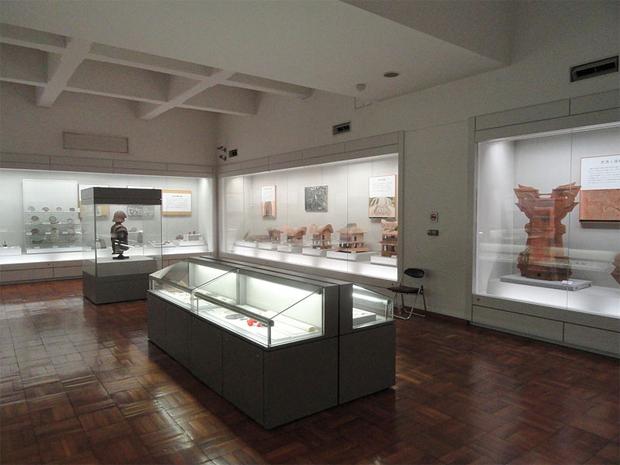 If you really want to familiarise yourself with the rich history of Kyoto, then scurry over to Kyoto University Museum. It’s jam-packed with over 2.6 million (yep, million) specimens – ranging from science thangs to cultural documents – to peruse at your leisure. The museum is just one of Kyoto University’s ace facilities, so if you’re considering an exchange during uni this place has you covered. Interested in bailing O/S? The University of Queensland could hook you up with this campus, or one of the other 22 unis it partners with in Japan (+100s world wide). Head over HERE to learn more. 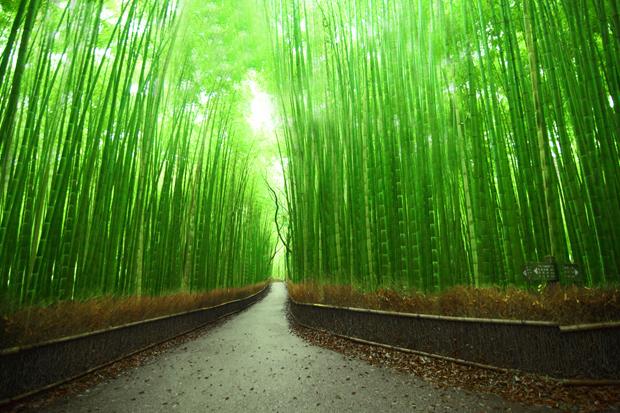 Yes, that’s a real photo of a real place. The appeal of Arashiyama Bamboo Grove speaks for itself. Go there. Go there now. 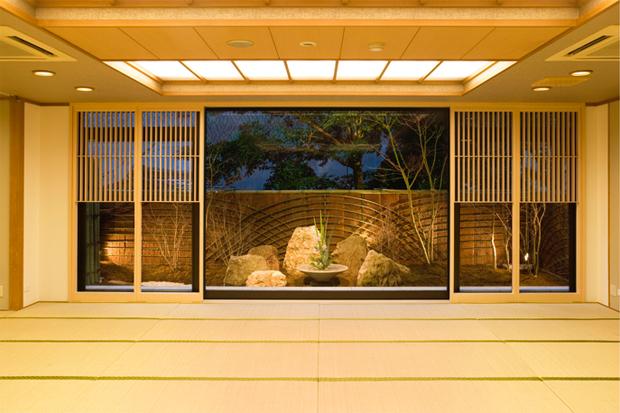 A ryokan is a traditional Japanese inn. Think: tatami-matted (rice straw) rooms, futons, tea ceremonies and sliding doors. Ryokan Hirashin is one of Kyoto’s best, mid-priced ryokans and worth considering if you’re chasing an authentic experience when resting yo’ head. As mentioned, however, the inn could make a dint in your wallet depending on how much you’re willing to fork out. Fret not young padawans, for there’s plenty of top-notch ryokans on the cheaper side in the area too. 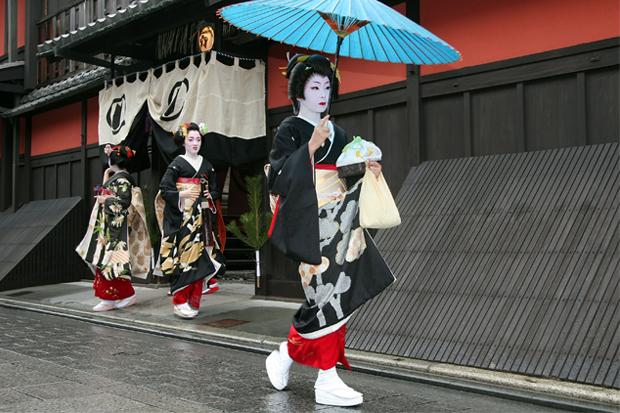 Wanna feel like you’ve stepped back in time? Then scurry over to the Gion District. You’ll see plenty of maikos (geishas in training) roaming past the wooden teahouses, restaurants, and traditional town houses called machiya. FYI: if you see a maikos or geisha outside of this area it’s probs just a tourist dressed up as one, so don’t go running after ’em armed with a selfie stick.

Head on over at night to grab a drank at one of the several tiny bars in the district. Key word: tiny. Most only have capacity for five or so patrons. 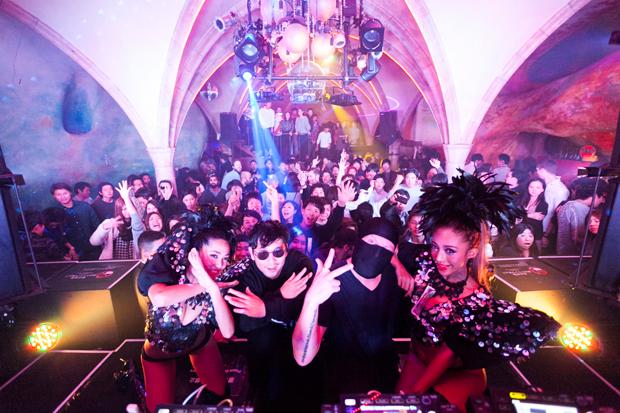 While Kyoto delivers cultural experiences in spades, sometimes all us young folk want to do is let our goddamn hair down, y’know? Enter, the “only in Japan would they call it that” club: World Peace Love. It’s the city’s largest club and boasts a huge d-floor as well as nifty lockers to keep your belongings safe while busting a move. As it caters to the whole area, World Peace Love plays bangers ranging from deep house to salsa depending on the night. 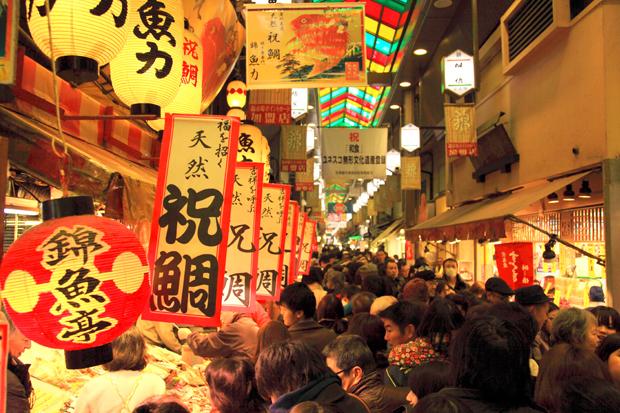 If stall owners keep yelling “irasshaimase” at you, don’t worry, they’re not having a dig at your outfit. It translates to “welcome” and that’s exactly how you’re going to feel when getting in / around Nishiki Markets. Grow a pair and get amongst the weirder cuisine on offer, even if the food is giving off serious Who Dares Wins vibes. 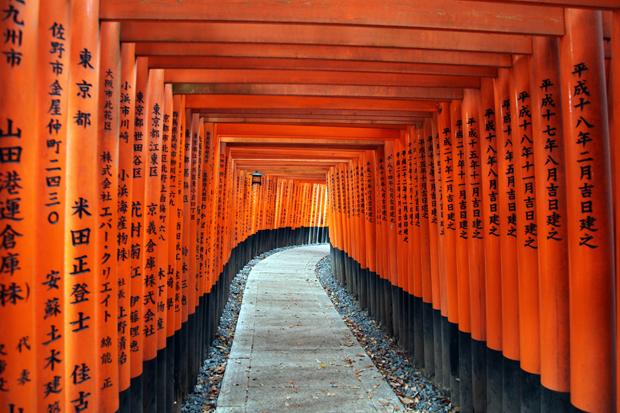 It doesn’t really matter what your religious / spiritual denomination is because you’re bound to feel something when entering the grounds of Fushimi Inari-Taisha. Not that we don’t think you could handle yourself if fistycuffs broke out between you and some spiritual being, but it’s best to take a mate on the hike to the upper part of the shrine if it’s getting later in the day – it really is eerie AF.

Fushimi Inari-Taisha is a cultural experience and a half, but if that’s not your cup of tea, then it at least makes for one hell of a ‘Gram op.

As y’all can see, Kyoto’s got it going onnnnnnnn. It’d be a great place to set up shop for a few months, no?

Through UQ Abroad, you could work toward landing a spot at Kyoto University, or one of the many other universities they offer exchange programs to in Japan (+ hundreds more world-wide).

In addition to UQ Abroad, UQ offers the most comprehensive range of programs in Queensland, higher than national averages for full-time graduate employment rates and salaries, 200+ clubs and societies, and world-class facilities. Head over HERE to find out why you should elect UQ as yo’ #1 when completing your QTAC.