Remember a few weeks ago when French flyboard inventor, Franky Zapata stacked it while trying to cross the English Channel? Well, while we were busy dissing his flyboard, he went and crossed it successfully. Take that, internet!

The 40-year-old inventor, who had a massive stack in the middle of his cross-channel trip last month, has finally succeeded at his childhood dream just a few short weeks after his initial voyage.

You can watch his childhood dreams become a reality in the video below.

Unlike his previous attempt where he missed his landing at the refuelling station, Zapata’s second trip was a roaring success with him completing the journey across the channel in 22 minutes. Pretty impressive if you ask me.

“We created a new way of flying. We don’t use wings. You are like a bird, it is your body that is flying. It is a boyhood dream,” Franky said before his first attempt last month.

Zapata has been developing his flyboard for the last three years, and has plans to eventually take the board to greater heights and incorporate an oxygen tank and parachute.

“We made a machine three years ago… and now we’ve crossed the Channel, it’s crazy. Whether this is a historic event or not, I’m not the one to decide that, time will tell,” Zapata told BBC after his first successful trip across the English Channel.

At the moment, the flyboard technology isn’t much of a threat because it needs to be refuelled every 10 minutes. However, the French military has already invested approximately $2.3 million AUD in Zapata’s company Z-AIR in a hope to eventually weaponise the technology.

The French Defence Minister Florence Parly said in an interview that the flyboard could serve many military purposes including use as a “flying logistical platform or, indeed, as an assault platform”.

I don’t know about you, but the thought of armed men on hoverboards is fucking TERRIFYING. Once they work out the whole “refuelling every 10 minutes” thing, we’re all fucked.

Honestly, I’m just stoked that the French Elon Musk wannabe achieved his dreams, even if they’re kind of weird.

Look how happy that man is. He’s crying. I’m crying. My heart is so full. Just a middle aged man and his dream to hover across the English Channel. Heartwarming! 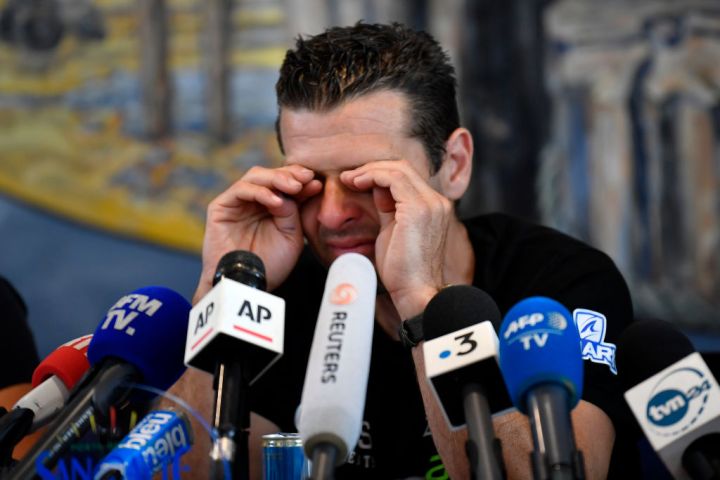