Making an engaging survival game that doesn’t become boring and repetitive after 5 hours of play is not an easy thing to do. Combining all the right elements of danger, resource management, crafting, exploration, and story, is a balancing act that’s tricky to nail, but Unkown Worlds Entertainment has done just that with 2018’s Subnautica.

I should clarify that Subnautica has actually been playable since 2014 on PC via Steam‘s early access platform, but received a complete release in 2018, with PS4 and Xbox One versions hitting their respective consoles later that year. I was fairly late to the party but I’m glad I finally made it because this is without a doubt one of the best survival games I’ve ever played.

Set on a planet known as 4546B, you are the lone survivor of the Aurora, a crashed space vessel owned by an intergalactic company called Alterra. You manage to make it to a lifepod before impact which lands near the wreckage, leaving you to fend for yourself in the alien world which is mostly a vast ocean, save for two explorable islands.

Subnautica’s underwater world is equal parts beautiful and terrifying. It consisting of a number of different biomes, each with its own flora, fauna, and general feel. The safe shallows in which you start are filled with pretty coral and passive creatures that are happy to let you swim on by and mind your own business, but as soon as you start venturing into deeper waters, things can become a little more hostile.

Progress generally revolves around your PDA, which serves as a way to manage points of interest, blueprints for crafting, resource management, and story features. As you explore the world, you’ll come across pieces of the Aurora and use a scanner to catalogue your findings, whether alien or human. It sounds like a lot, but it’s handled very intuitively without ever becoming overbearing.

While Subnautica does a great job of gently nudging you in the right direction, the path you ultimately take is completely up to you. Things start out pretty slowly, tasking you with simply gathering food and water to keep yourself alive before encouraging you to begin building vehicles and bases for further exploration.

What Unknown Worlds has nailed here is the sense of progression. There’s an enormous list of things you can craft and build throughout your journey, but it’s drip-fed to you, making each new blueprint feel special and useful. Each new tool opens up more possibilities, allowing you to gather harder to reach resources for the next item you’re keen on crafting. 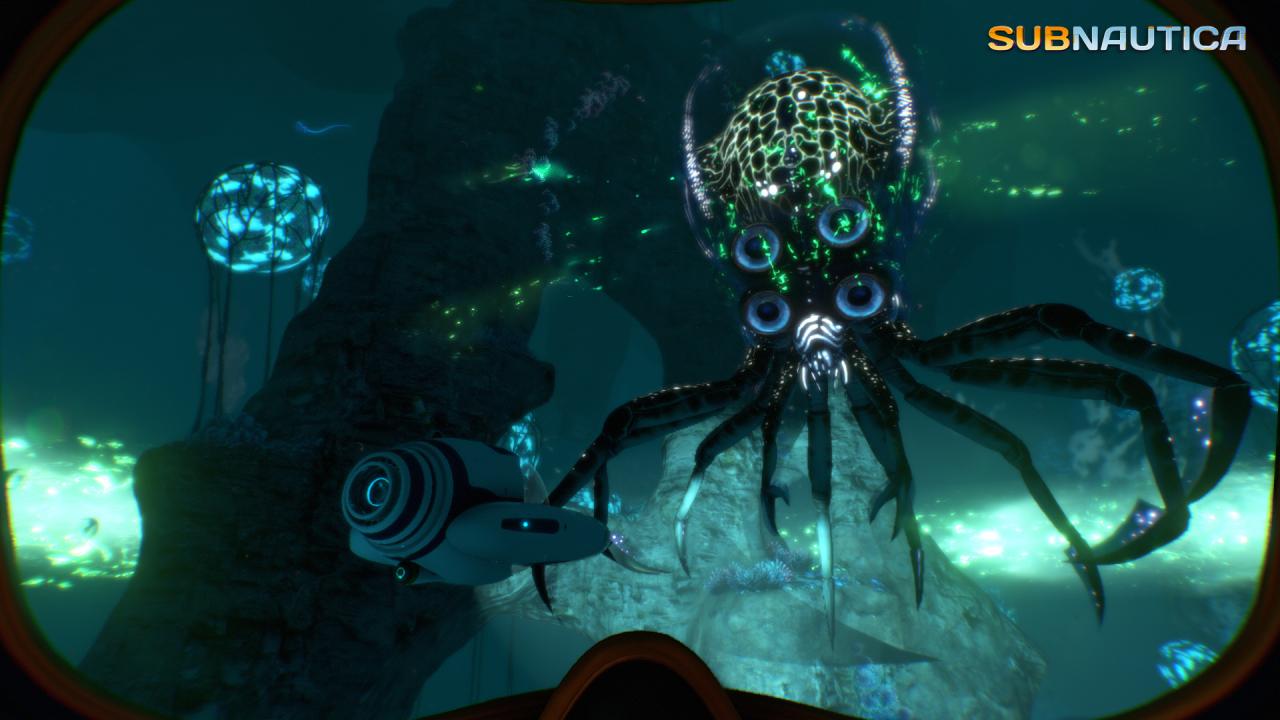 You’ll also find the PDAs of other humans strewn throughout the world containing information about the planet or voice recordings which reveal elements of the story, details about Alterra, and other bits and pieces. The voice acting on these is frankly excellent and really adds to the experience as a whole.

Everything’s driven forward by a primary objective which reveals itself over the course of the game, but in the interest of keeping the story a surprise, I’ll let you play it out for yourself. How it unfurls is so beautifully crafted it demands to be experienced firsthand.

But what I love most about Subnautica is the level of freedom you’re given straight from the get-go. I was never told where to build my base or where to find certain crafting elements, but figuring it out on my own never felt difficult. New tools and equipment came along frequently and kept me constantly moving forward, keen to explore increasingly dangerous and larger areas in search of rare resources. Wanna build 5 different bases over the whole map? Go for it. Wanna build in deep and incredibly volatile area? Crazy, but sure. 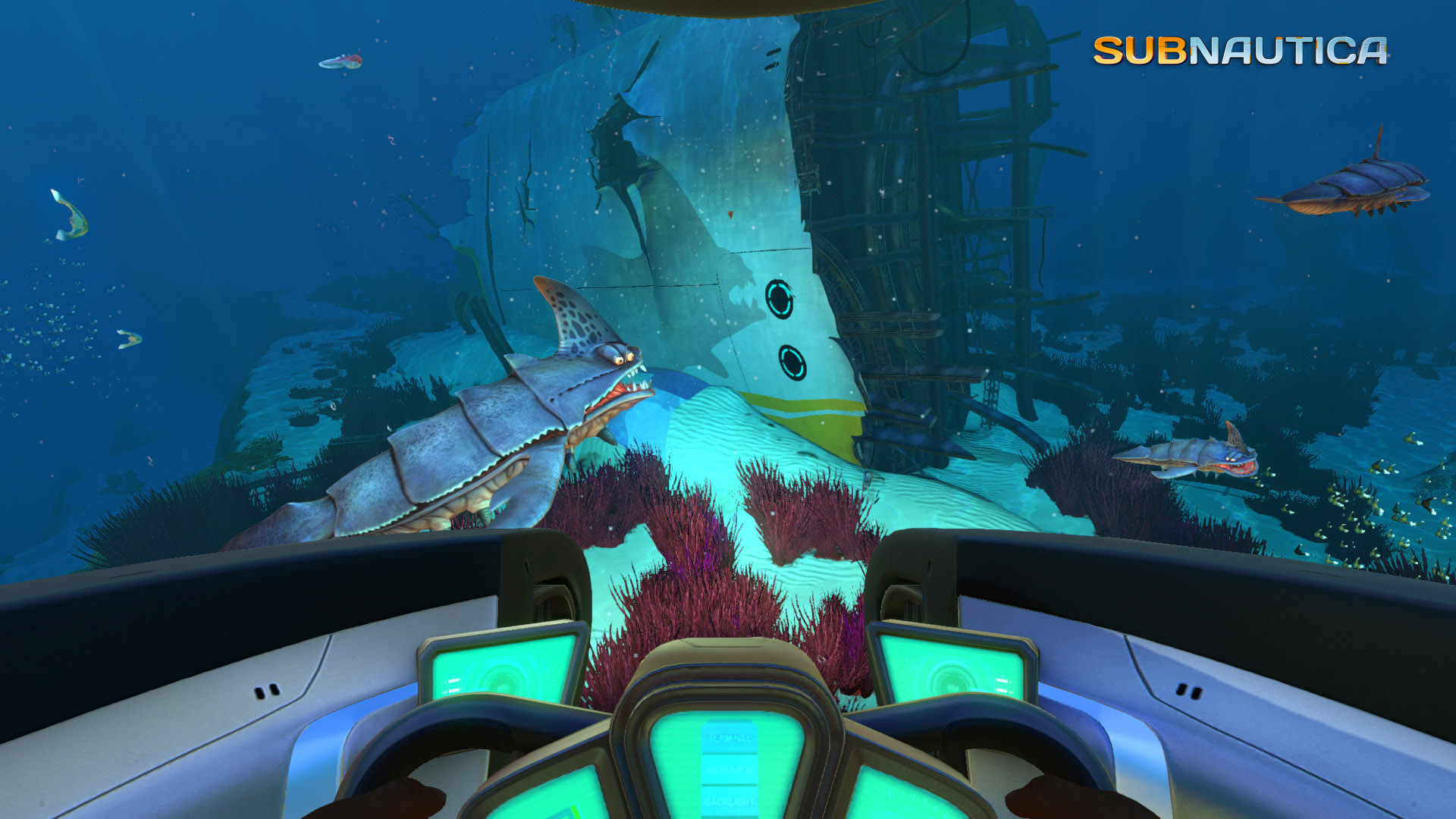 I’ve played just over 20 hours of Subnautica and there’s still so much I need to do and explore. My base is constantly expanding with better equipment and I’m certain I’ve almost collected all of the possible blueprints available, but I know there’s still some gnarly shit waiting for me in a deep-ass cavern I can’t quite reach yet, and I can’t wait to get down there and be tormented by all manner of deep-sea assholes. It can be absolutely terrifying to play, but I simply can’t stop.

Admittedly, Subnautica isn’t without its flaws, but they’re negligible for the most part. Some of the pop-in can be jarring at times, and enemies can sometimes find their way through solid rock walls, but the team is pretty responsive when it comes to fixes and are already aware of the major ones.

Unknown Worlds is currently working on its first piece of DLC, Subnautica: Below Zero, which is set in an icy region of the same planet. It’s gonna hit early access at some point soon, so keep an eye out for that one, too. 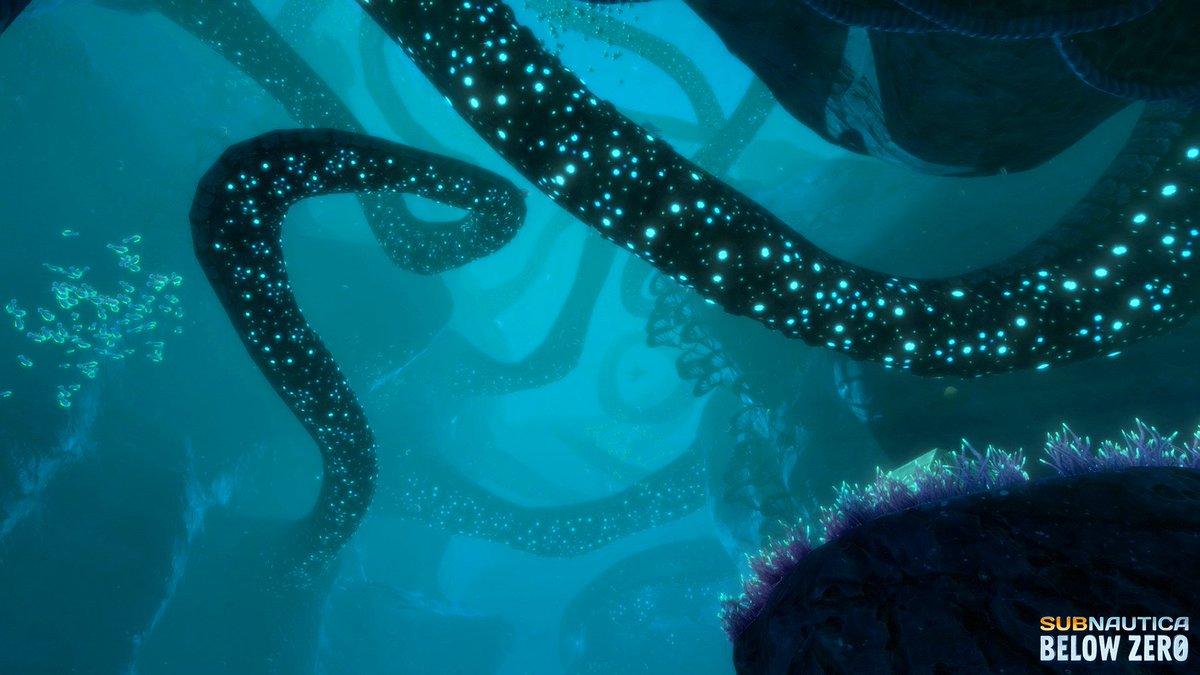 I honestly can’t recommend Subnautica enough. If you’re a fan of survival games, pick this one up.