Welp, it was only a matter of time. Snap Inc have filed for a whopping $3 billion initial public offering (IPO) on the New York Stock Exchange. Of course, the company will be listed under the ticker SNAP.

For those not savvy with the Wall Street fat cat speak, an IPO is the first time a private company offers their stock to the public. Essentially, it’s the process a company takes to enter the realm of the stock market.

The IPO would allegedly value the company and their 158 million daily active users at over $20 billion.

With the Snapchat app at the forefront of their ventures, Snap are also looking to become “a camera company”, which becomes pretty obvious with the arrival of the video-recording Spectacles.

They’re not exactly without their problems though. One part of filing an IPO means publicly revealing your metrics, of which there are some interesting ones.

And analysts reckon the decline in views of Snapchat Stories could be the result of Instagram‘s introduction of their own stories feature. However you slice it, investors are gonna take some convincing.

Snap’s daily active user grown went from single digit to flat last year. Wow. That is not a good growth story. It’s the opposite. pic.twitter.com/ydkzFVdad6

The filing also revealed that iOS is often prioritised over the Android version of the app due to its popularity. It’s not certain by how much, but Snap definitely allocates more resources to fixing and improving the experience for iPhone users.

So there you have it, Snap are a big grownup company with stocks and shit. It seems like only yesterday they were just a small baby app. Bless them.

And speaking of Snapchat, give ours a follow, would ya? It’s a real bloody hoot. 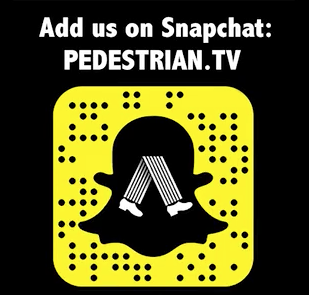