On top of its new bullying comments filter, Instagram also announced today that a video calling feature would be coming to the app at some point “soon”.

The announcement was made as part of Facebook‘s F8 conference where a number of new features and products were unveiled, including a brand new standalone version of the Oculus Rift VR headset.

To fang a video chat on the app, you just need to tap on the new camera icon at the top of a direct message thread to call that person, giving you a whole new way to slide into their DMs, albeit, much creepier. You’ll even be able to initiate group chats by tapping on the paper airplane icon in the top right corner of your feed, then the plus sign, and selecting two or more people. 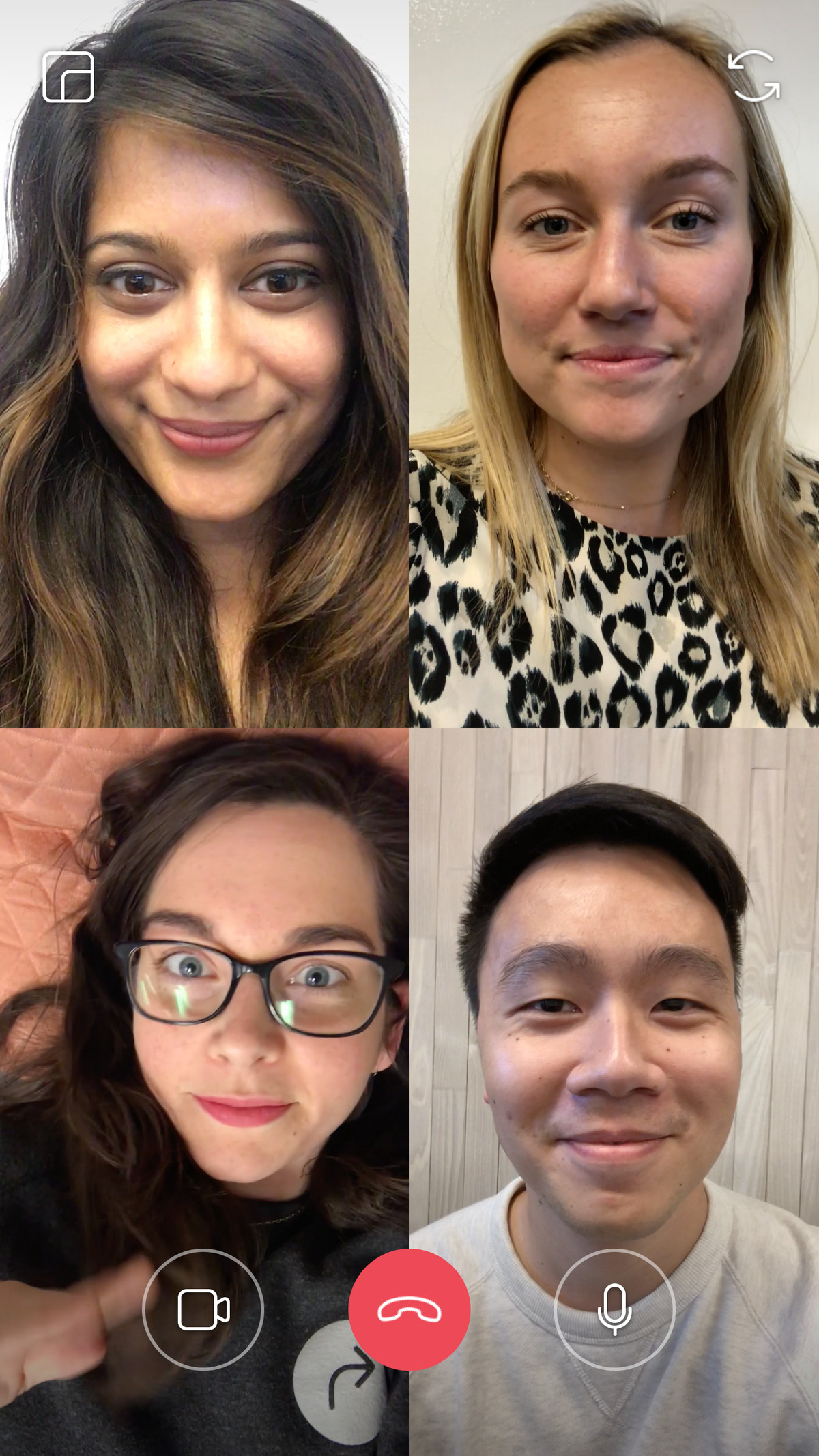 While the company hasn’t specified the maximum number of people you’ll be able to video chat with, it did demonstrate the ability to minimize the screen during a conversation, allowing you to continue to browse the app while still talking. It’s another step in Facebook’s plan to make the social media platform more like a messaging service, rather than simply a way to share images.

The company also announced a new function that will add rolling topics to the top of the Explore page, allowing you view certain subjects with just a tap, like animals or photography. That, along with video calling, is expected to roll out over the next few weeks.