A Huge ‘PlayerUnknown’s Battlegrounds’ Grievance Is Finally Being Fixed

Ever since a second map was introduced to popular Battle Royale game PlayerUnknown’s Battlegrounds, folks have been pissed off by not being able to choose between the two. Rather, you’re thrown into either one at random upon matchmaking.

Some people dislike the desert map Miramar so much, they actually removed it from their game files altogether, forcing the game to chuck them into Erangel matches only. But the devs at PUBG Corp have listened to fan feedback and as such, will introduce map selection in a future update.

Posted in a Steam Community page, the team revealed the feature and an image of how its UI will work in game. 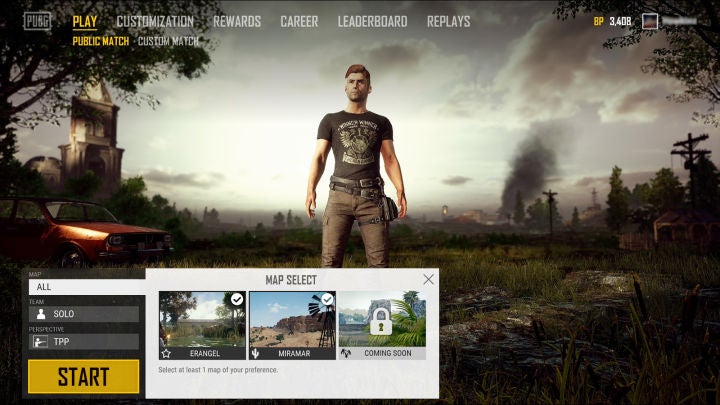 “Map selection is something that players all over the world have continuously asked for,” wrote community co-ordinator Hawkinz. “We take your feedback extremely seriously, but we also want to be thoughtful about how we implement changes to PUBG. And we knew that map selection posed a couple of problems we needed to seriously consider.”

He goes on to explain why the team was reluctant to include the feature, the main reason being a potential for increased wait times when jumping into a match.

“We wanted to make sure that we could create a solution that worked for every region’s players, even the ones with a naturally low server population,” Hawkinz wrote.

He says the feature is almost complete and will be implemented to the test server “soon”. You’ll be able to select all maps, or, if you don’t want to play one in particular, you simply click to deselect it.