Hopefully safeguarding against the threat of any future sexual harassment lawsuits beginning with the words Dov Charney v., American Apparel have partnered with your favourite chic Shiba Inu, Menswear Dog, on a campaign highlighting the best of both parties: affordable menswear classics from a ubiquitous retailer on one hand and dogs wearing human clothes, dogs who think they’re people, on the other.

It’s like William Wegman’s wonderful campaign for Acne, but it’ll break neither bank nor balls.

In case your multiple social media feeds are not occasionally gifted with the sight of a Japanese hunting dog dressed better than you are at any given moment, Menswear Dog is New York-based style icon called Bodhi, named for Patrick Swayze’s character in Point Break. He basically wears great clothes, that’s his schtick.

I highly recommend following him on Tumblr, Twitter and Instagram if experiencing joy is at all your thing. 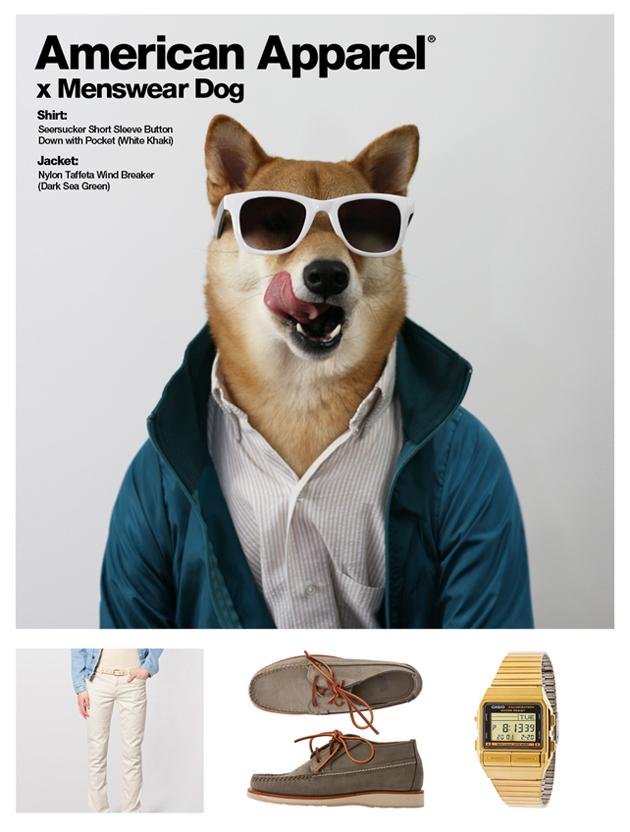 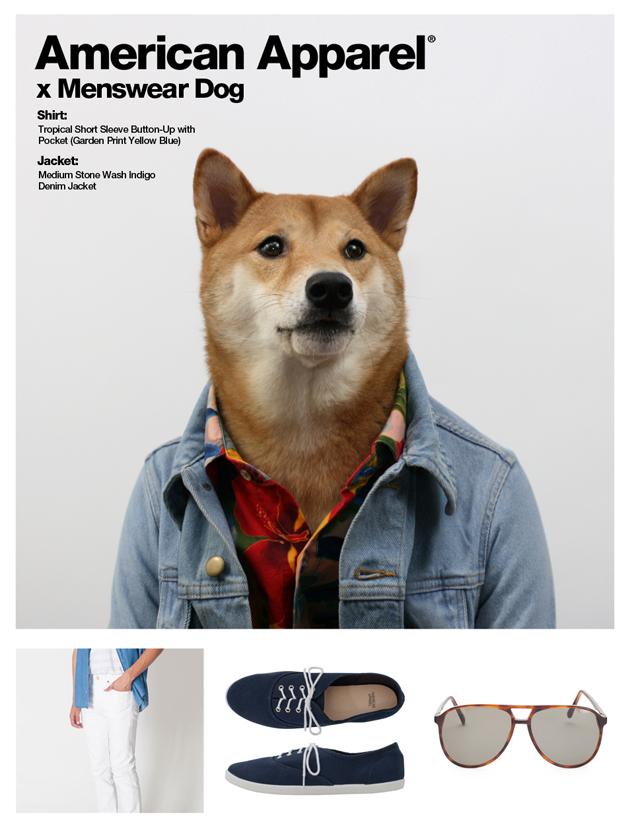 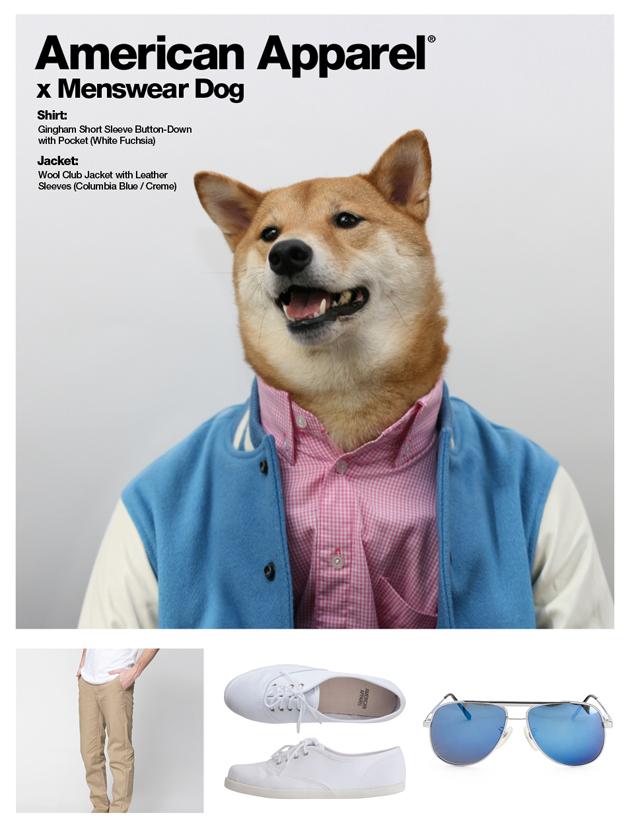 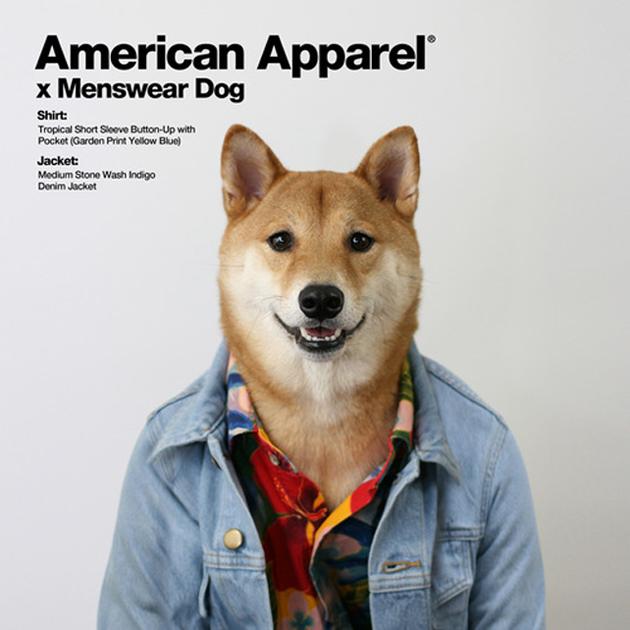